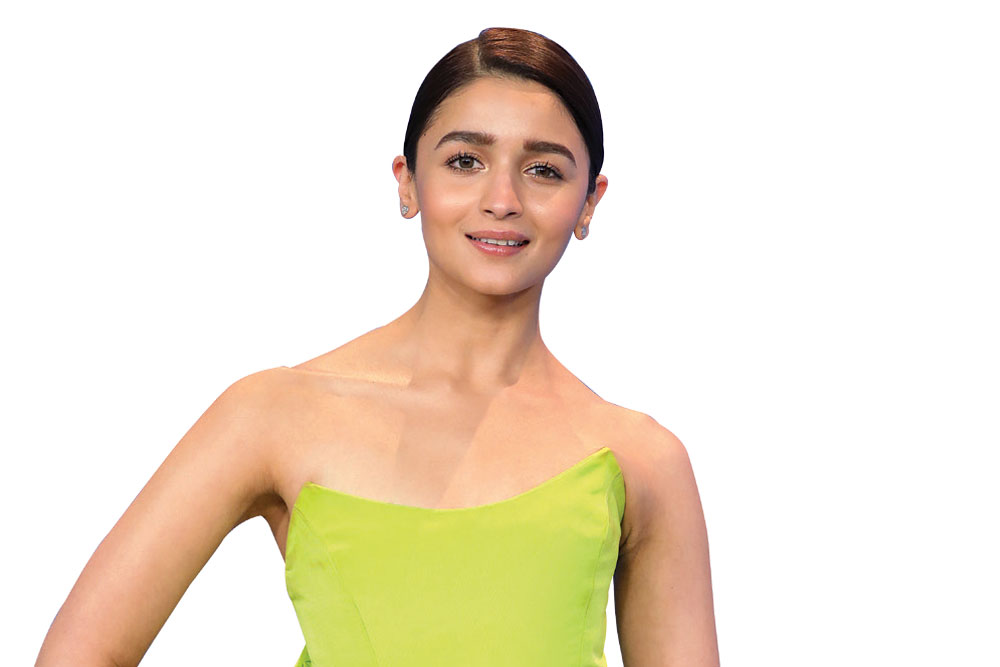 
Stories about Ranbir Kapoor and Alia Bhatt’s breakup are not true; never mind what the tabloids insist. Rumours that it’s over between the couple gained momentum last week after Ranbir could not be spotted in any of the photographs from Alia’s birthday celebrations. Alia put up pictures hanging out with her girlfriends and from what appeared to be a gathering with her family. But Ranbir was nowhere in sight in either set of photos. That prompted the breakup narrative. A source close to the pair reveals that Ranbir did see her on her big day; she just didn’t put up any pictures he was in.

The speculation around their relationship and the stories about the breakup began appearing in so many entertainment publications (one paper suggested that he was caught fooling around with a married socialite at her out-of-town farmhouse), it prompted the usually reticent actress to pointedly rubbish them. No, she didn’t come out and address the rumours, but she did respond to an Instagram video that Ranbir’s mother Neetu Singh put up of her husband Rishi Kapoor following a yoga tutorial that he was streaming from his phone to his television while self-isolating. In the comments section, Alia posted a seemingly innocuous ‘Superb’.

Two days later, she posted a photograph of herself staring at the sunset, accompanied by a postscript to her caption that read: ‘[photo] credit to my all time fav photographer RK’ and followed it up with a pink heart emoji. Those that know her agree that it’s very uncharacteristic of Alia to flaunt her relationship, but they also seem to be convinced it’s a direct shutdown of the breakup rumours. Remember you read it here first (weeks ago to be fair), marriage is still scheduled for December. Unless the coronavirus throws plans into disarray.

The boredom and frustration owing to being locked indoors along with no house help have inspired movie stars to show off their domestic side in Instagram posts and live videos—the equivalent of being in a Bigg Boss house.

Earlier this week, Katrina Kaif put out a ‘tutorial video’ of her rinsing her dishes. Deepika Padukone showed off a chocolate dessert she whipped up for Ranveer Singh and Soni actress Geetika Vidya Ohlyan posted a video of her scrubbing the floors to inspire others to do their own housework while their help also self-isolate.

From gym regulars like Ishaan Khatter, we got workout videos from home. Others like Anushka Sharma posted on the importance of washing one’s hands regularly with videos demonstrating just how precise and careful one needs to be.

For a change, regular Joes are discovering that when it comes to social distancing and isolation, glamorous film stars aren’t all that different or special. Bigger homes, better cameras, perhaps. But the boredom and the need to stay connected (even virtually will do!) are clearly universal.

Is It Over Finally?

For some time now there have been whispers that a prominent film studio may be folding up its local production businesses. But given that the studio has had a steady roster of releases over the last few years, those rumours have remained just that: gossip. However, that eventuality began to loom large last year when the studio was swallowed by a global conglomerate. Plus the fact that their recent Hindi films have failed to make the cut does not bode well for its future.

With the studio head recently stepping down after a long run, the chatter has started again. There’s also the added blow of coronavirus quashing the business of that one new release from the studio that was performing promisingly at the box office.

According to the industry grapevine, the creative head of the studio has begun talks with other outfits. Most insiders expect that the person will land on their feet given their reputation for sniffing out quality material. But there is also the matter of the dozens of employees (many who’ve been around since the start) who could lose their jobs in an already vulnerable market.