It is a dull film 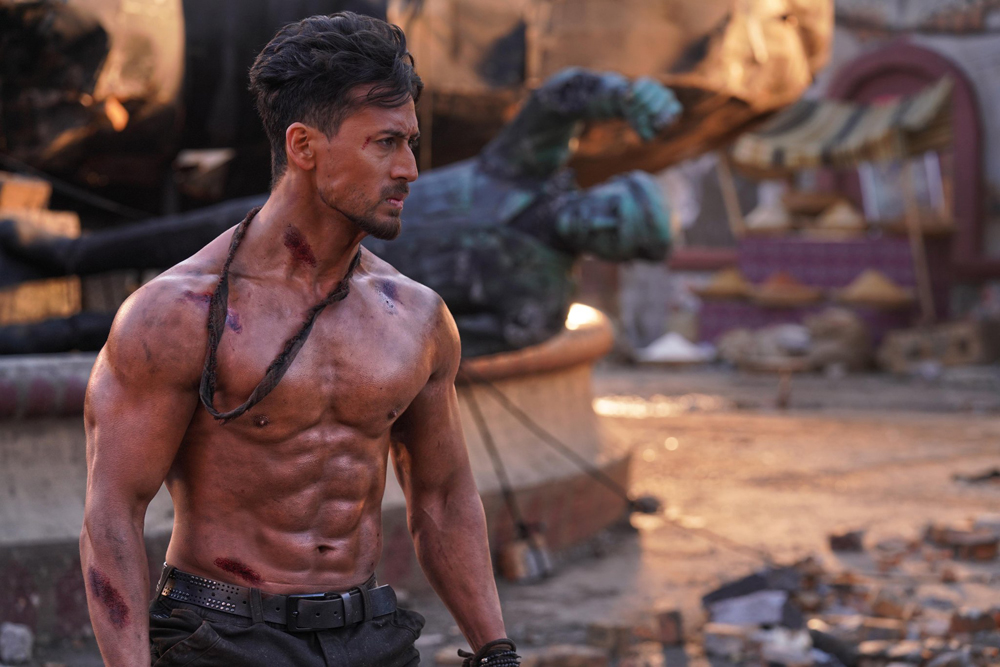 ‘Baaghi’ movies are churned out at two year intervals, so you could be forgiven for thinking, having lapsed into a deja vu zone, that you had seen this one before. This is brand new, a film in which Tiger Shroff takes on the entire war torn nation of Syria; insurgencies and all. And it’s on a different level, because here Tiger goes from being an athletic muscleman to a Superhero.

Ronnie (Tiger Shroff) is ‘Superman’ and his human avatar, his ‘Clark Kent’, is his older brother, the diffident Vikram (Riteish Deshmukh), a timid police officer in Agra. In the previous films, especially in the first ‘Baaghi’, the action was in the realm of possibility, even though located in the kingdom of unlikelihood.

In this movie, Ronnie is suspended in mid-air, appears to come flying down from outer space whenever his brother yells ‘Ronnie’, for urgent relief. He then proceeds to toss people, cars, helicopters and tanks around. The only difference is in the absence of appropriate accoutrement. He is bare bodied, instead of being dressed in the customary tights and a cape.

At first Ronnie takes on gangsters in Agra, with all credit for the encounters going to his brother. This astonishing rate of success at quelling the thugs of the city, brings the self effacing Vikram to the limelight, and then to the notice of New Delhi. The Indian Government needs a brave man in Syria to rescue expatriates there from a dangerous warlord called Abu Jalaal (Jameel Khoury), who is kidnapping South Asians, strapping them with suicide vests, and forcing them to blow themselves up at strategic sites.

Since the reality is that he is not a heroic police officer, the Klutzy Vikram is abducted the minute he checks in to his hotel in Syria. Ronnie then comes to rescue him, and the mayhem begins. That’s the plot.

The thing is that when you look at the spurt of Hindi films supposedly set in Islamic nations – films like ‘Agent Vinod’, ‘ Airlift’, ‘War’ – you also see an enormous amount of bigotry, and huge stereotyping of these nations as hotbeds of terrorism. The connection between politics and culture is symbiotic. Just like Hollywood movies function as the soft power of the State, so does popular culture of Indian origin, as it travels round the world. On one occasion in ‘Baaghi 3′ Ronnie declares that if anything happens to his brother, he will wipe out Syria from the map of the world. This line is delivered in a manner that is designed to entertain, but as perceptions start to change about the Indian State, it will not be read so humorously.

Tiger has a sculpted and finely chiselled torso that turns his action sequences into a dance form. But when the content in the script becomes slimmer, and, inversely, the propaganda element in the movie increases, the hero begins to look like an empty vessel. The only solutions his films offer is cataclysmic violence, enhanced by computer generated effects.