A museum project and the idea of narrative India 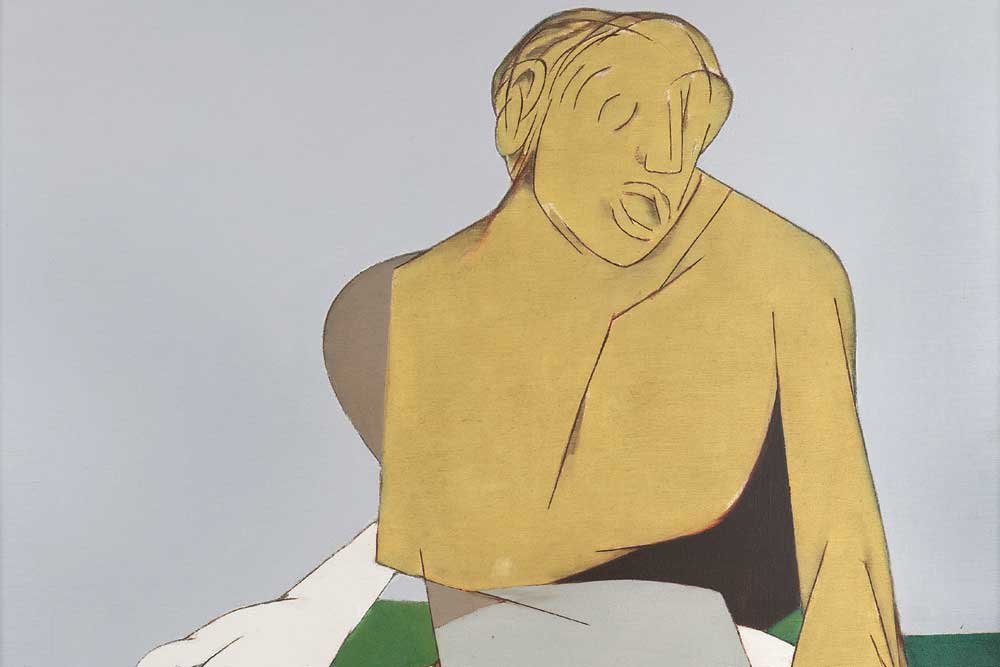 A COUNTRY, A SOCIETY, a community—and their values—are showcased and made great by their art and culture. As guardians of this heritage, museums play a significant civic role in preserving history, building awareness, and shaping cultural identity. Globally, the notion of the museum and its defined social role has changed much in the centuries since its conception. Apart from their traditional roles of acquiring, preserving and sharing rich collections, museums now play an increasing role in supporting the development of communities.

This is a shift that demonstrably begins in the late 20th century with a changing understanding of a museum’s role and reach: as greater emphasis is placed on audience-driven and experiential deliverables, and the success of a museum is measured not simply by its collection and content but by its ability to present these in a manner that inspires and educates. Today, we understand the museum not merely as a building that houses a collection of objects, but an institution that provides both pleasure and knowledge: social, historical and cultural.

In the Indian context, this transformation is yet a long way off. While museums in the West have evolved in accordance with developments in society and technology, museums in India remain rooted in the past. According to the Annual Report for 2015-2016 delivered by the Ministry of Culture, many of India’s government-run museums, despite extremely low ticket prices, recorded under 100,000 visitors on average. In stark comparison, museums in the West, even with much higher ticket prices, tend to draw millions of visitors annually. What accounts for this lack of interest in museums in India? It is true that we do not have much of a museum-going public—but this is less indicative of our collective indifference to museums and art, and more a sign that our museums need to be drastically rehauled.

Most museums in India suffer not only from outdated notions of what a museum represents, but still more actively from neglect, inadequate facilities and resources, shortage of trained staff, and lack of finances. The marginalisation of art and culture in the country’s financial planning is quite evident in the Government budget for 2017-18, where only 1 per cent of 1 per cent (0.13 per cent to be exact) has been earmarked for the Ministry of Culture in all—to be distributed among a host of cultural institutions, museums, libraries and archives that the Ministry supports and maintains all over the country. In this climate, there is a growing need to break away from the existing system and look to newer structures of museum planning, governance and infrastructure. Today non-governmental support, including corporate and philanthropic backing, are not merely advisable considerations but essential to the future of museums in India. Private funding and the presence of multiple finance streams for museums not only help curtail red tape and bureaucratic inefficiency, but also increase community investment, enable artistic autonomy, and facilitate complex collaborative partnerships.

India appears to slowly be waking up to these truths, as the revamped programming and displays in the last decade of the Bhau Daji Lad Mumbai City Museum, or the trend of memorial museums including the Virasat-e- Khalsa and the new Partition Museum in Punjab, or the Remember Bhopal Museum, to name a few instances, present proof of a gradually changing museum landscape. As things stand, however, they remain exceptions that serve to emphasise the severe and urgent need for revitalisation and innovation in the Indian museum industry.

MAP’s plans are ambitious: Seeking to change the common preconception that museums are dry or intimidating, and to make museum-going an exciting experience

The idea behind MAP is to realise the promise and potential of this sector by building a truly inclusive and interpretative museum. To become a part of this change and present an alternate model: one that prioritises education, outreach, accessibility, leadership, professionalism and people, alongside its collection; that heralds an era of dynamic programming and participation, rather than the stasis expected of the majority of museums in the country; and that encourages the corporate community to invest in the arts, using their support to fill the gaps in government funding.

Curators and museum professionals abroad often complain of the difficulties involved in collaborating with Indian museums, even in simple matters such as loaning works from their collections. Understanding the need for Indian museums to become a recognised part of the international network of museums and promote cultural diplomacy, one of MAP’s priorities is to build rewarding partnerships with museums, both at home and abroad. Though limited to a loans programme for now—one that has included partners such as the Tate and the National Gallery of Modern Art—MAP intends to also invite foreign collections and institutions to exhibit at the museum. This will help encourage both the repatriation of Indian art, and diversity in the museum’s exhibition programmes, helping MAP achieve its goals of preserving and promoting Indian heritage, as well as providing a space for people to learn about and enjoy art, and the many stories it tells.

MAP’s biggest priority however, is education. Involvement in the arts has been proven to help produce well-rounded individuals, bolstering academic, emotional and civic development. In India, where arts education is largely an afterthought rather than an area of focus, this is a particularly pressing issue—and why supporting MAP’s commitment to education is important. One of the ways in which MAP has attempted to address this deficiency has been to tie-up with design and delivery consultants, Flow India, leading to a series of free exhibitions and workshops for children in Bengaluru. These workshops formed a broad introduction to art, and used museum pedagogy to facilitate and advocate lateral thinking abilities among its young participants. Encouraged by the positive feedback and response from schools that participated, MAP will continue to collaborate with Flow, and deliver programming customised for children until the launch of the physical museum.

MAP’s plans are ambitious: seeking to change the common preconception that museums are dry or intimidating, and to make museum-going an exciting experience for visitors of all ages and backgrounds— from children and uninitiated tourists, to scholars. The museum is helped by its collecting strategy—which includes building collections of popular art forms, everyday art, and photography that highlight symbols, images and objects that are familiar, accessible, and relatable to a broad section of people— and its commitment to incorporating technology into the museum.

I was fortunate enough to grow up in an environment where art was celebrated, and as a child I greatly benefited from my access to art. I discovered through experience the impact that art, and its appreciation, can have on one’s life. By supporting the building of a new cultural institution in the form of MAP, I wish to facilitate a similar advantageous experience for others—highlighting the role art plays in our everyday lives, our economy, our cultural identity, and its ability to serve as a gateway to discovering not only history, but also an interest in the world.

(Abhishek Poddar is one of the minds behind the Museum of Art and Photography, Bengaluru. It is expected to open in 2020)

Abhishek Poddar
Abhishek Poddar is one of the minds behind the Museum of Art and Photography, Bengaluru. It is expected to open in 2020