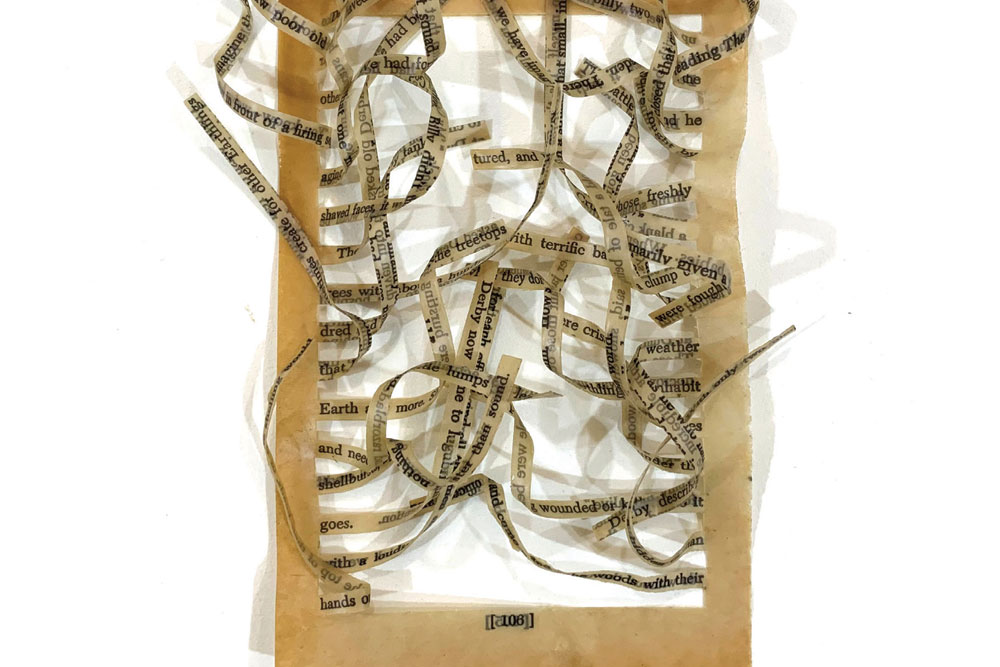 
The Delhi Contemporary Art Week 2022 (DCAW) promises to bring legions of contempo­rary and modern South Asian artists under one roof. Now in its fifth edition, remarkably, all sev­en Delhi-based galleries that form the core of the DCAW are helmed by women, barring Peter Nagy of Nature Morte. But, as it turns out, Nagy co-owns the gallery with Aparajita Jain. The other kindred spirits include Parul and Roshini Vadehra of Vadehra Art Gallery, Ridhi Bhalla and Mandira Lamba of Blueprint 12, Shefali Somani and Anahita Taneja of Shrine Empire, Rasika Kajaria of Exhibit 320, Renu Modi of Gallery Espace and Bhavna Kakar of Latitude 28.

For visitors and buyers alike, the DCAW 2022 will have much to offer, both in terms of its programming and cura­tion and will highlight a diversity of participating artists, working across a broad range of mediums, forms and disci­plines. One of the founding galleries of the DCAW, Vadehra Art Gallery’s group show Remember The Skin Whose Earth You Are will include works by Atul Bhalla, Anju Dodiya and Shailesh BR, among others. Given that each artist has used a variation on the earthy brown tones symbolic of nature, it looks like the Vadehra booth this time will be suffused with imaginative landscapes celebrating the jewels of the soil. “For an event like Delhi Contemporary Art Week, we were keen to lean into topical subjects that have both local and global values to them,” says Parul Vadehra, director, Vadehra Art Gallery. Describing her concept for Remember The Skin Whose Earth You Are, she says, “We were struck by the idea of the Earth as being coloured in shades of human skin over typical elemental associations, like blue or green or red, and expanding physical definitions of the environment to include history, culture and society. Brown emerged as a colour of flux and so became reflective of a volatile climatic environment sustaining the onset of sudden changes or already surviving a monumental shift of some kind.” Atul Dodiya’s iteration on Mahatma Gandhi; a David Hockney-esque watercolour rendering by Sujith SN; Anju Dodiya’s distinctive painting on a mattress and Praneet Soi’s canvas with bird motif are some of the works worth seeking out. Among the younger artists, the Noida-based Shailesh BR’s collage Cut conjures up a series of everyday interventions through the use of old-fashioned cut and paste method, navigating a niche somewhere between Henri Matisse and Benode Behari Mukherjee. “With this work, I took the liberty to engage in a simple act, which we did in our child­hood. As children, we used to search for shapes, patterns and faces in each and every object and contemplate differ­ent outcomes. In my case, these forms/shapes when placed on the paper gradually appear as landscapes of philosophy, daily activities and observations,” says Shailesh, 36, who will miss attending the DCAW as he’s currently away in Gwangju, South Korea on a four-month residency.


One of the highlights for Gallery Espace this year will be Amit Ambalal’s DCAW debut. Though the 79-year-old veteran has been painting for more than three decades, he has never shown here before. “Amit Ambalal’s inclusion in the curation is a big deal for us,” admits Renu Modi, whose Gallery Espace will exhibit two of his recent works that playfully combine animal imagery with human figuration. “What is exciting for me is that the eccentric wit and the pervasive influence of traditional Pichhwai art that was evident in his watercolour-on-paper is now happening on his canvases. Most people in Delhi haven’t seen these new works, which is why I thought they would be a worthy ad­dition to the DCAW,” says Modi.

While famous names certainly help in driving the business it is the relentless experimentation of younger artists that one should watch out for at the DCAW. Many galleries, such as Nature Morte, Shrine Empire, Exhibit 320, Blueprint 12 and Latitude 28, have been known for fostering edgy artistic ideas by emerging and mid-career talents over the decades. At its DCAW booth, Nature Morte is all set to present a solo exhibition of Nidhi Agarwal and Aditya Pande. Agarwal will display her latest small-scale works on paper, characterised by robust colour and expressionistic brushstroke. Though she uses figurative elements and linguistic symbols, the end result is often an abstract reverie as it fades into “a ballet in which no single element commands the centre,” as Aparajita Jain, co-director, Nature Morte, puts it. On the other hand, Aditya Pande’s visual language is heavily geared towards digital technology and computer-aided imagery, as befitting his graphic designing background. Meanwhile, Shrine Empire’s slate consists almost exclusively of artists in their 30s and 40s. Some like Shruti Mahajan, Samanta Batra Mehta and Sangita Maity are already acclaimed names. Having trained both in fine arts and textile design, Mahajan draws her inspiration primarily from memories, the written word, paper, fabric and the enigmatic questions of home and belonging. Shrine Empire’s first-floor booth will exhibit her new body of work titled Will/Wasiyat. Though this suite of paintings give an appearance of folded paper they could just easily stand in as a metaphor for the rooftops of homes. An extension of Dastavez, a series of 25-letter books that she had showcased at the DCAW in 2019, Will/Wasiyat is fraught with symbolism and is much more layered than we might think at first. “I find the word ‘will’ itself a paradox, almost suggesting a game of life and death. It’s a will to live on one hand and a legal document on the other,” Mahajan explains, noting the term’s significance to such matters as legacy and inheritance. Incidentally, the notion of a will took on an eerie resonance in the wake of the recent pandemic. “After 2020-21, there has been an upsurge in people taking legal help to put their wills together. Many are now doing it at an early stage of their lives, perhaps because every­thing seems so momentary suddenly,” the 45-year-old says.

“South Asian women are at the forefront of the art scene. Women have a sensitive eye, a vision for poignant art. We have grown to understand the pulse of the audience,” says Bhavna Kakar, founder and director of Latitude 28

For Bhavna Kakar, it has been a personal mission of sorts to nurture and promote Gen-Next. The founder and director of Latitude 28 gallery says, “When I was an independ­ent curator, galleries used to insist on popular names as opposed to taking a bet on newcomers. The reason behind establishing Latitude 28 was to give a platform to contemporary practition­ers with great potential.” Kakar, who is also the editor and publisher of the Take on Art magazine, has been a part of the DCAW since its inception in 2017. The event’s previous venues included The Claridges Hotel and India Habitat Centre before it found a permanent home in the historic Bikaner House. Asked if the bold feminist statement conveyed through DCAW was deliberate, Kakar replies, “It wasn’t planned. I guess it just so happens that all the contemporary art galleries are managed by women in India, whether it is in Mumbai, Kolkata or New Delhi. In fact, earlier this year, I was in Scandinavia and also in Switzerland, where there was much debate about how the global art world is such a boys’ club. ‘That’s not true in India,’ I said. South Asian women are at the forefront of the art scene.” Trying to build a case for why women make for good gallerists, she adds, “Women have a sensitive eye, a vision and aesthetic for poignant art and we have grown to understand the pulse of the audience. I bet women like the challenge better as they have a drive to prove themselves much more in these modern times. Women are good at taking risks that pay off and yet are experimental in their management approach combining sec­tors and disciplines, that’s how DCAW benefits from having an all-women’s team.”

Artists, too, it seems have gained immensely from the DCAW exposure. Or from the razzmatazz of the recent rise in art fairs in general. Shruti Mahajan, for one, couldn’t be more thrilled at the prospect of showing at the DCAW. The Hyderabad-based artist says, “In 2019, my Dastavez series at the DCAW garnered a lot of interest not only in this set of works but also in my overall practice. I saw several opportunities coming my way after this exhibition. The intimate format of DCAW as opposed to the large-scale setup of the art fair gives artists an opportunity to show an oeuvre that needs close viewing. Since the number of participating artists range from 50-60 it is possible that diverse voices get noticed.”

Organisers reckon that around 50,000 visitors attended the event last year at Bikaner House. Since its restoration in 2015, Bikaner House has been refashioned into an art hub much frequented by Delhi’s cultural insiders. Parul Vadehra agrees, “To host the exhibition at a cultural institution like Bikaner House says so much about the intent behind this initiative— reclaiming our public and cultural history, and archiving the now, through the celebration of individual perspectives in a shared space.” Aparajita Jain of Nature Morte adds, “We now have a core loyalist audience with whom we share similar zeal, support and love.”

Apart from the core curation of the seven galleries, this edition of DCAW will also include activities such as art workshops, walk­throughs with artists and architects and a round table conference, to cite a few. Writer and curator Meera Menezes has been invited to curate a special group show. Titled Legal Alien—a riff on Sting’s song Englishman in New York—it will occupy the old wing of Bikaner House. Featuring a line-up that includes SouthAsianartists, such as Waseem Ahmed, Manisha Gera Baswani, Pushpamala N, Sanket Viramgami and Meghana Gavireddygari, the exhibition aims for a timely spin on a tale that’s frighteningly familiar in the post-pandemic age—our increasing sense of alienation. The reasons for such a feeling, Menezes argues, are varied. It could arise either out of personal issues (migration, personal loss or identity crisis) or the much larger socio-political ones such as displacement, civil war, political turmoil or being discrimi­nated against and stigmatised in one’s own country. “The idea for the show came on the back of Donald Trump’s clampdowns on immigrants, the worldwide rise of forces who were refusing refugees, then we had Covid-19 and there was this deep sense of social isolation in a world that has already been battered by the rapid march of technology. I found that several artists were also grappling with the very same issues in their work, so it all came together,” says Menezes.