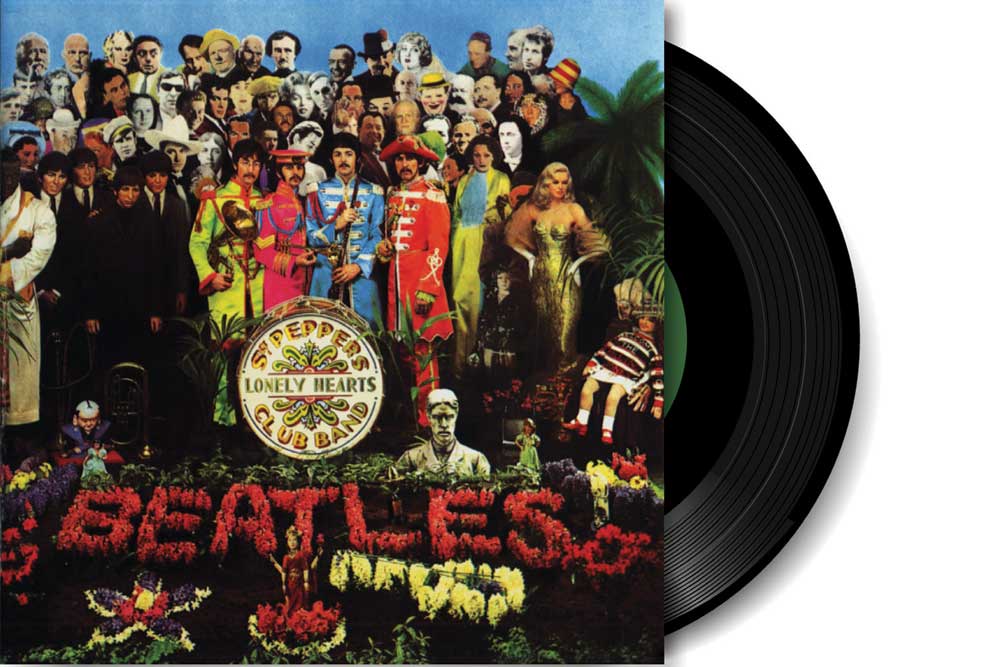 IF YOU HAVE ever appreciated rock & roll—whatever may be the sub-genre, sub-class or sub-strain that you prefer—take a minute, or 40, to listen to the album that influenced the foundations of the form that you hear today. For on June 1st, 2017, Sgt. Pepper’s Lonely Hearts Club Band, the most creative, and by far the most collaborative, of The Beatles’ studio albums, turns 50 years old.

Released on June 1st, 1967 in Britain by Capitol Records, Sgt. Pepper did for popular music what Sergei Eisenstein’s Battleship Potemkin (1925) did for mainstream cinema—it killed familiarity, broke rules and structures, overhauled archaic textures and most importantly, reinvented itself as an art form. It was the album that saw The Beatles become, as Paul McCartney said later, “artists rather than performers”. The rest of the world gladly followed, instantly almost, what with Jimi Hendrix covering the title song two days after the record was released.

‘Sgt. Pepper is the most important rock & roll album ever made, an unsurpassed adventure in concept, sound, songwriting, cover art and studio technology by the greatest rock & roll group of all time,’ reads rock bible Rolling Stone’s review on the album in their compilation of ‘500 Greatest Albums of All Time’. And where did Sgt. Pepper feature on the RS list? Number one, where else?

The story behind Sgt. Pepper is almost as interesting as the music itself. Unlike many of the myths surrounding other creations of The Beatles, the story of origin for Sgt. Pepper is far more concrete. During their America tour in 1966, that will forever be known as an ‘invasion’, John Lennon, struggling to come to terms with Beatlemania, said “We’re more popular than Jesus.” The comment ensured that they played in front of a half- empty stadium in San Francisco—the band’s last ever live performance.

With no more tours thanks to the controversy, The Beatles regrouped at the studio in Abbey Road and decided to, once again, be just a band. McCartney came up with an alter-name, an alter-ego if you like, on an aeroplane when he heard ‘salt n’ pepper’ as ‘sergeant pepper’. Soon the songs were on their way. “We’d pretend to be someone else,” McCartney said, “It liberated you—you could do anything when you got to the mic or on your guitar, because it wasn’t you.”

The opening track introduces you to the Lonely Hearts Club Band, followed seamlessly by (no cuts between songs) With a Little Help From My Friends, sung by drummer Ringo Starr, in the voice of the fictional band’s fictional lead singer, Billy Shears. The next number, Lennon’s trippy Lucy in the Sky with Diamonds took this record to stratospheric heights.

Picture yourself on a train in a station, with plasticine porters with looking- glass ties. Suddenly someone is there at the turnstile—the girl with kaleidoscope eyes.

Thanks to the hallucinatory lyrics and the acronym of the song’s title, Lucy in the Sky alone pushed pop music into the realms of psychedelia. “I swear to God, or swear to Mao, or to anybody you like, I had no idea it spelt LSD,” Lennon said later. He insisted the idea came from a far more innocent source— his son Julian’s drawing of his friend Lucy. Too late. The ‘hidden meanings’ had already inspired everyone from Pink Floyd (A Saucerful of Secrets) to The Doors (Strange Days).

The album had the mystic quality of Hindustani music too in Within You Without You, sung by George Harrison— heavily influenced by his ashram days in Rishikesh—on his sitar and accompanied by a tabla.

But the masterpiece that makes Sgt. Pepper what it is has got to be the mesmeric, two-part ballad, A Day in the Life—the greatest single song collaboration, a jugalbandi if you must, between McCartney and Lennon. A brooding Lennon opens the song with ideas of death and immortality, while a summery McCartney rips open the middle section with an ode to his school routine. It ends with what has been described as an ‘orchestral orgasm’. Listen closely to the spiralling climax (ten separate hands playing end-to-end pianos), and you will hear The Beatles widening, limitlessly, the very scope of rock & roll.