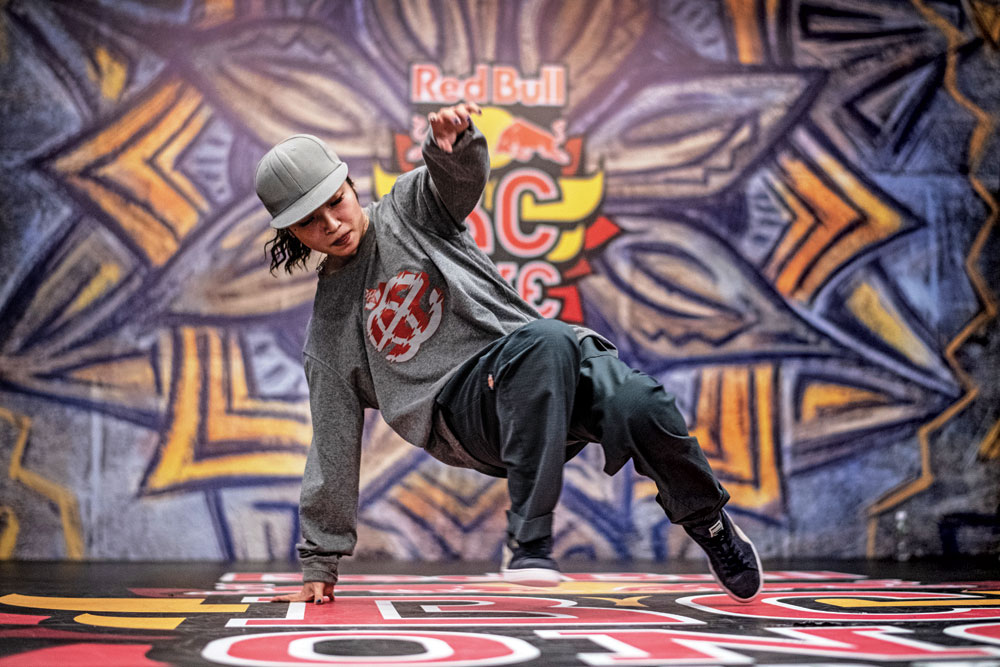 
WHEN Arif Chaudhary spins, the world stops spinning for him. And when he dances he isn’t just the boy from Jogeshwari, he is B-boy Flying Machine, a gyrating, jumping, thrusting pawn of the music.

And so it was one Saturday night in November during his first round ‘battle’, or dance-off at the Red Bull BC One World Final competition. One of the biggest one-on-one ‘breaking’ or ‘b-boying’ competitions, the event featured a handful of the best talent from around the globe, in the specific athletic dancing style associated with hip-hop culture. Chaudhary in a green cap and grey pants was representing India.

“Yo crowd,” the evening’s host telss the Mumbai crowd at the National Sports Club of India (NSCI) dome after the first seven battles, “You have one more battle for the first round.”

The crowd erupted to its feet, as Chaudhary and B-boy Robin, a performer from Ukraine, circled the edge of the stage, sizing each other up menacingly, like anxious, tetchy predators. Robin opened, then it was back to Chaudhary and so it went on for three rounds, the dancers pulling more elaborate, exaggerated and extended moves. “When I dance, I don’t think of anyone, nothing is on my mind, it is pure happiness,” said Chaudhary, the day before.

But when the rounds ended, the music faded out and reality returned, the judges’ verdict was that Chaudhary had lost. He would not proceed to the quarter finals that night.

Sure, winning is wonderful, but dancing for Chaudhary is more than about collecting trophies and going home. “If you dance, there is joy,” he says. “There is a different high. It’s a different zone. It’s not only about the competition.”

In India, breaking has been slowly gaining ground, with new dance crews emerging, more college competitions and workshops being held, more people getting hooked to it through YouTube and online channels. Though the competition was held in Mumbai, where Chaudhary grew up, the subculture itself has been spreading across the country, including smaller cities such as Jalandhar, Jaipur, Thiruvananthapuram and Chandigarh.

Competitive breaking or b-boying/ b-girling involves athletic dance-offs over a few rounds; one dancer opens by showcasing a series of moves, then the other one follows and so they attempt to out-dance, out-move and out-do each other. The routines they deploy on stage are not entirely prepared—rather, a combination of rehearsal, personal styles and spontaneity, all depending on the music and their opponent. Winners are decided by a panel of judges, who while delivering subjective verdicts, depend on a series of objective criteria too. “I was looking for energy, execution, flow and originality,” says one of the judges for the night, the veteran B-boy Physicx, from South Korea.

Spawned from hip-hop culture and often seen as a grungy street style, it seemed fitting that the world finals had come to India for the first time this year. “Every year and every month there is progress,” says Lil Zoo, a Morocco-born, Austria-based breaker who was last year’s winner. “When I watched for the first time a video about the Indian scene it wasn’t crazy. Last year I was a judge, I was shocked. The Indian scene is going to be very big soon.” Lil Zoo, or Fouad Ambelj, 25, grew up breaking in Casablanca, practising outside a small local zoo—which is what gave him his dance name.

Chaudhary’s name came from his style, his chase of the airborne. His friends tagged him the ‘Flying Machine’. At the age of 11, Chaudhary happened upon a dance video online. That was it. He was hooked. So he spent that summer and the next several years watching, learning, dancing. After finishing Class 12 in 2015, he decided to take a year off and try dancing full-time.

“In their childhood people think, I will do this or that,” says Chaudhary. “But I didn’t have anything like that. I was going with the flow and on the way I found breaking.”

As a dance form that first emerged in African American youth culture and also took off among Latino communities in the US in the seventies, it has now travelled the world. For most people it starts with an addictive video: watching others perform those joyous, jaw-breaking moves and wanting to do the same. “Every breaker is largely self-taught,” says B-Girl Jo, Johanna Rodrigues, one of India’s foremost women performers. “Only then can you bring out your style, which makes you stand out.”

But for the most part, such misconceptions persist, in India at least, where it is still relatively unknown. Rodrigues rattles off some of the others. “Breaking is dangerous and you can kill yourself or snap your neck or shit like that,” she says, dismissively. “It’s as dangerous as playing basketball, you can dislocate a knee or a shoulder. You get bruises, but big deal.” She’s heard other things too. “That it’s a phase, you will grow out of,” she says. But it’s not. For Rodrigues, a yoga and dance teacher, it’s not just a hobby, but a way of life. “You see the international scene, people breaking and competing in their forties. It’s a lot of creative intelligence, pulling moves together and performing under pressure. It takes technique and training, but is not just physical.”

Though the dance world is predominantly male, women are increasingly making inroads

THAT’s part of why it’s also now being recognised as a sport. It debuted at the Youth Olympics in Buenos Aires last year and has been announced as one of the new disciplines at the Paris Olympics in 2024. “It’s an art sport,” says Lil Zoo, who was nursing injuries into this time’s competition and lost in the first round. “Art first, sport second. Art because of how we think and create and follow the beat. Our body is not working in one direction like sport. But you need a lot of conditioning. That is the sport part of it.”

Dancers might practise from one to six hours a day—alone, with partners or with their dance crews. “I don’t think people should be breaking only to be the best, competitions are going to come and go, but you should break because it’s joyous to move your body,” says Rodrigues. “I break for three hours every day even when my body hurts because it just keeps me physically, mentally and emotionally healthy and satisfied.”
Some compete as often as once a week. And months and weeks of preparation collapse, like with sport, into those key moments on stage during competition. Everything else falls away and it’s just the dancer, their body and the music.

But only a lucky handful can make a living from it, something Chaudhury is now trying to do as one of India’s top talents. It has also given him a new lease of life, a different way of looking at the world. “It gave me a platform and a new lifestyle,” he said. “I have learnt patience, dedication, direction.”

Though the dance world is predominantly male, women are increasingly making inroads. Last year’s champion B-girl Ami, Ami Yuasa, a university student in Tokyo, has been dancing for three years. “Some people think breaking is for men, because you need power, but both men and women can do it,” she says. That November weekend was just the second time there was a separate women’s event. Yuasa eventually couldn’t defend her title, losing in the semifinal. And later, Kastet, a tall, blonde B-girl from Russia, took out the final against the Japanese B-girl Ayumi. Kastet, Natalia Kilyachikhina, with a headband and loose black outfit, danced exuberantly. She never seemed to stop smiling. When the decision came after the final, she was reduced to a puddle of excitement.

The men’s event had more rounds and lasted longer. It eventually came down to the Dutchman Menno and Killa Kolya, the challenger from Kazakhstan. Menno, a light, lithe Dutchman, had already won the RedBull BC One title twice before; this was Killa Kolya’s first time at a finals.

In that atmosphere of constant percussive beats, restless strobelights and constant action, it was like a facsimile arena for war, minus the shooting. But a pleasurable, bonhomous kind, where the heat of the competition later dissolved into hugs and backslaps.

The majority of the Mumbai crowd seemed to be behind Killa Kolya, who had twice thrown in the flourish of a yogic pose. The men went through five rounds during the final, escalating the tempo, the energy and skill levels, commanding and contorting their bodies into impossible shapes.

But ultimately, Menno, Menno Van Gorp, the more experienced and technically accomplished dancer, prevailed. One by one, the five judges began to hold up their placards—the majority ruled for Menno.

Menno was now a three-time champion, a first in the competition’s history. Confetti exploded on stage, his dance crew members smothered him in celebrations, the cheers got louder.

“In a big final you compete against yourself, more than the other person,” he says, after lifting the belt. “The crowd gave me big energy. When your fuel is done they refuel you. It’s like time is standing still and everyone around you is cheering.” 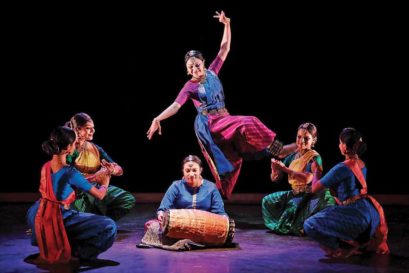