A Classical Passage to India

After travelling around India for over 35 years, I may not have seen or experienced this sacred space exactly as Kalidasa describes it 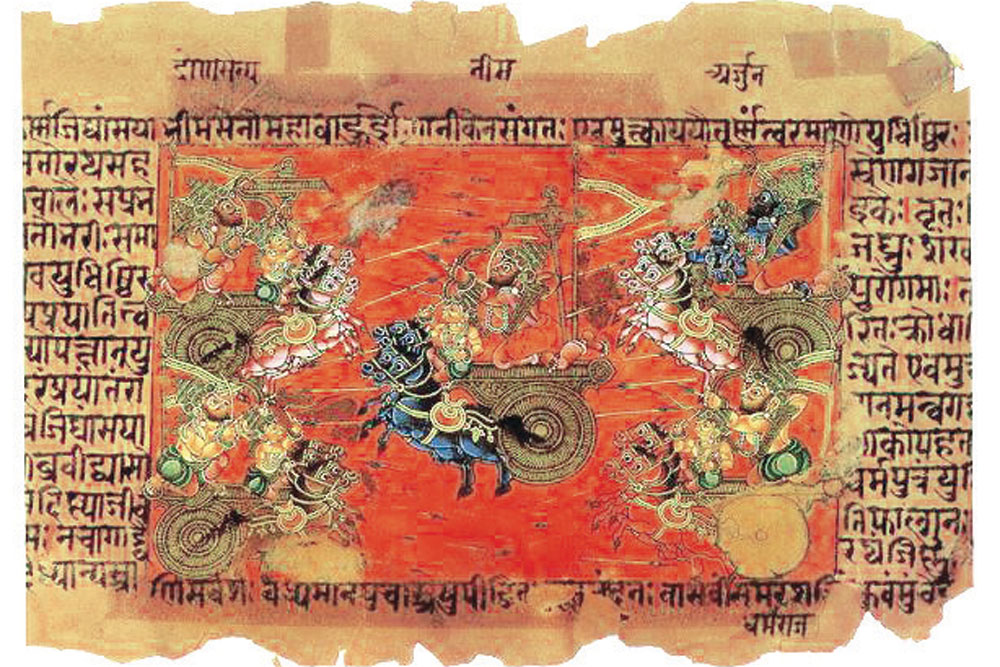 WHILE THE RELATIONSHIP of Sanskrit studies in India to that in the Western academy has been much discussed following the Murty Library controversy, not enough has been said about the wider context of classical education in India. Language debates and policy in India have regrettably eschewed discussion of the many pleasures and purposes of a classical education, of learning grammar and rules which can be creative and puzzling. There is also the benefit of face-to-face encounters with the past through direct contact with a text rather than a second-hand account. This allows one to learn to appreciate and understand different times, values and peoples, instead of imposing today’s mores, with all the restrictions that entails.

Sanskrit does not enjoy the elite position in India that Classics has held in western Europe, despite its importance for a knowledge of ancient Indian culture, let alone its massive religious significance. It is to be regretted that the decline of language study in the UK has deprived many of the joy of Classical Studies, which are now the preserve of the ‘public’ or most elite schools. Until the early 20th century, some knowledge of Latin was mandatory among educated Europeans, although its role in the (non-Roman) Church had declined centuries earlier.

Classics at Oxford University is still known as literae humaniores or ‘more humane letters’—meaning Greek and Latin literature, ancient history and philosophy. This was to differentiate it from res divinae, or theology. Learning Classics was seen to be the way to study literature and culture—dare one argue it was the precursor of today’s Cultural Studies, albeit minus the ‘Theory’?

Classics held such a central role in the university that the study of English literature first occurred outside the UK—in institutes of higher education elsewhere in the empire—notably in India, from mid-19th century onwards. English literature was introduced later to the UK, where it has developed and merged with other disciplines such as postcolonial studies. It is ironic that, in many ways, English plays the role of a classical language in India today, a mark of elitism and learning, a language which gives access to another cultural world.

My personal journey from (mostly) bored schoolgirl to professor has been guided by the study of the classics, Latin and Greek, as well as Sanskrit and other Old and Middle Indo-Aryan languages (Vedic, Pali, Prakrit). The skills and learning acquired at school opened my eyes at an early age to the excitement of the classical world where questions could be asked and answered in a different way.

Revisiting classical texts from one’s youth is one of the pleasures of later life; in part because they are familiar, which is no bad thing when grappling with complex languages, but also because they now allow a double reading. The middle- aged can read the works anew from the viewpoint of years of experience, if not necessarily of wisdom, while also experiencing nostalgia by remembering one’s youthful encounters with them, particularly Catullus’ songs and Horace’s odes.

I’ve recently been rereading Latin poetry I studied at school, finding that perhaps I missed much of the deeper meaning at the time. The impetuousness of youth was tempered by the complexity of the language, which was not so much an obstacle to enjoyment, but rather the best teacher of the pleasures of slow reading, exploring poetry at the right pace, never more than a poem a day. This slow reading allowed the sentiment and thought to emerge from the sounds of the poetry—the metres, and the alliterations, onomatopoeia and other tropes. It was also a first encounter with lyrics of emotion, passion and—whisper it—sex, in ways that appealed much more than the Romantic and modern poets of English literature classes.

Reading these poems was to encounter a civilisation from 2,000 years earlier through words composed by people whose lives were as remote as they could be from ours, yet whose emotions and thoughts could resonate with modern teenage girls. We learnt poems by Catullus off by heart, pretending to swoon at his excessive passion yet secretly delighting in this new world which made our early crushes seem so dull. ‘Odi et amo’—I hate and I love, ‘Da mi basia mille’—Kiss me a thousand times, and more. While we enjoyed the modern love lyrics of pop songs, it wasn’t only the geeky schoolgirls who were just as enchanted by classical poetry. The fact that these poems are still being read centuries later reveals that they continue to speak to generations of readers in meaningful and pleasurable ways.

My own personal journey into India was via the vector of Sanskrit. Although I was fond of grammar and studied Indo-European philology, writing my MPhil dissertation on the Atharvaveda, it was lyric poetry that I was drawn to and which kindled my deep respect and infatuation with Indian culture. In my first year of learning Sanskrit, when a mere teenager, I was simultaneously too old and too young for the Hitopadesha stories that formed part of the curriculum but Digvijaya (conquest of the regions), the fourth sarga or canto of Kalidasa’s Raghuvamsa (The lineage of Raghu), was a life-changer, being the first Sanskrit text I read, opening my eyes to another world and introducing me to the beauty of Sanskrit kavya (courtly poetry).

In the Mahabharata, the Pandavas went on a pradakshina (clockwise pilgrimage) of India, following an earlier episode when four of them travelled in four directions to subdue the people, but all rulers who claimed to be chakravartins (world conquerors) made digvijayas. These took place at least from the time of Asoka, who marked his digvijaya of dharma with pillars and rock edicts, but they were more usually military digvijayas, routes by which kings marked out their conquests, or religious ones, made by acharyas, notably Shankara.

The idea of India as a sacred geographical space is examined by Diana Eck, in her excellent book India: A Sacred Geography (2012), which traces the phenomenon back across millennia. India is an integral part of the Hindu cosmography with its sacred rivers and tirthas (‘fords, crossing places’) to the divine, while inaccessible places, often mountain ranges such as the Himalayas are inhabited by gods. Other sacred spaces are marked by the appearance of gods on earth whether where the goddess’ body fell to form shaktipithas or manifestations of the twelve jyotirlingas (lingas of light). Self-manifesting forms (svayambhu) of gods and goddesses are also found with the directions being marked by the pilgrimage routes of the char-dham-yatras (pilgrimage to the four main holy places).

I read this wonderful canto of the Raghuvamsa just before my first visit to India and it shaped my imagination through its evocative descriptions and left me with a view of India as a space that was not just a country but a ‘state of mind’.

Having studied classics and imagined Greece and the Mediterranean through Homer, I was happy to embrace this ancient poetry as the way I imagined India. Even now, after travelling around India frequently for over 35 years, I admit I may not have seen or experienced this sacred space exactly as Kalidasa describes it, but the poem remains as meaningful to me as ever. The evocation of places and atmosphere that delighted me as a teenager still resonate, and in my mind’s eye I imagine Raghu with his army and elephants setting off from Ayodhya to subdue the regions, first planting victory columns in the mouth of the Ganga, before following the coast down to the Kaveri, across the Malaya mountains, then north, finding a country of beautiful landscapes and people.

The poem offers an enchanted vision yet one which was not overtly exotic, as it presented elements which were familiar from reading other literatures— genres such as the pastoral and the epic and poetic alamkaras (ornaments) of language which shared features known from other literature, such as metaphor and alliteration and clear use metres with breaks which were skilfully deployed. There were also new elements such as possibilities of compound formation and wordplay of a complexity requiring the study of the commentary. While dhvani (the theory of suggestion), gave different layers of meaning. I learnt that snakes coil around sandalwood trees, leaving grooves in them, and that elephants’ temples stream ichor which smells of cardamom. Even though these don’t seem to be true, I still celebrate them in my imagination.

This section of the Raghuvamsa was the first text through which I began to understand India and one which remains dear to my heart. Although I loved the wit and playfulness of the lyrics (khandakavya), it is another poem by Kalidasa, the Meghaduta, a messenger poem, which I love as much. A cloud is asked to carry a message from an exiled yaksha to his beloved. The poem is rich with descriptions of the landscape to be crossed and dazzles with images of the mythical city of Alaka. It was way beyond the skills of a first year student and awaited me in more advanced courses, and, while I never fly over India without remembering it, Digvijaya has remained in my mind in many ways more real to me that much I have experienced empirically.

(This is Rachel Dwyer’s first of a monthly column)