How will today’s children learn to live in their own world when all they read about are heroes who have magical powers to fight evil forces? 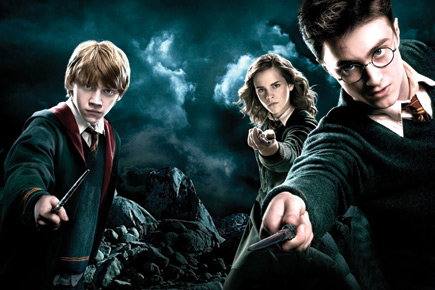 How will today’s children learn to live in their own world when all they read about are heroes who have magical powers to fight evil forces?


Joanne K Rowling killed children’s literature. Since the first Harry Potter book was published, children’s fiction has been stultified and trapped. No one prints anything other than fantasy and wizardry, and it’s almost as if the real world does not exist. Kids don’t have adventures unless they have magical powers, or have a Greek god as one parent. Worlds cannot be imagined without witches and elves, universes don’t happen unless there are strange four-dimensional dark forces that want to subvert them. The least a boy hero can be is the apprentice of a magician wearing a cowl and carrying a staff. Teenage love stories have to feature ageless vampires.

Do children read anything else anymore? No. Their heads are inhabited completely by worlds unlike the one they live in. They will never read David Copperfield, Sherlock Holmes bores them, and they will never even know Holden Caulfield because the back cover does not carry a blurb. Films without special effects are too drab. It doesn’t work without the dinosaurs, the monsters, the ogres, the walking trees, the flying unicorns. The new King Kong is an exercise in jerk-off excess and an insult to the original, but hey, the original was black and white and used stop-motion puppetry. Now, you have terrabytes to play with.

I didn’t watch Titanic, and I haven’t watched Avatar. Quite simply, I am uncomfortable with films where the principal virtue comes from the money you spent on it. So, if you spent a bit more, would it be a better film? Yes, it would be, and if you spent a lot more, it would be a lot better, in terms of what you are defining as good. When all you are creating or reading or watching are ‘epic’ battles between elemental forces of Good and Evil, are you learning any life skills at all?

Today’s children do not feel, like we used to when we were exposed to media. No one cries when someone dies in a book, no one’s lip trembles when great tragedies strike people on screen. Today’s children know the difference between fiction and reality like we never did. Attention spans are low; language has been altered by SMS, Facebook and Twitter; engagement is entertainment. It’s just a story, they are all acting. But how well-equipped will they be for the life that stretches before them, the world that will surround them as long as they live?

How will the exploits of vampires and werewolves, wizards and witches help these children know their worlds better? They will have no wands, and no broomstick to ride on. One of the benefits (if that is the right word) of reading as a kid was that it taught you something, even though you never realised it. Winnie the Pooh was a delightfully philosophical read. Treasure Island did teach you about courage, and the Mallory Towers series did tell you what right and wrong were, in a broad but undeniable sense. If you read Huckleberry Finn, you knew about the horrible injustices and cruelties men were capable of, and if you read The Wizard of Oz, you knew what a heart is, and a brain, and why some places are not Kansas. And you learnt love, heartbreak, longing and acceptance from Little Women.

Take a look at the children’s section in a bookstore, and it’s all about saving the world. First of all, all sorts of creatures that defy all scientific logic are running amok, and secondly, every boy or girl in any story has some form of mystical power, a higher calling, a connection with a neverworld. Where has the simple life gone, where William and the Outlaws got grimy and went home with a black eye, where Billy Bunter had a soul and Herbert Vernon-Jones, the Bounder, had honour? If all you are interested in is fighting the Great Cthulu, and wrapping yourself in your Invisibility Cloak, you could be in for some nasty surprises sometime in the future.

Yes, Joanne K Rowling has ruined it all. When will the next Heidi or The Secret Garden be written, which brings everyone back to earth?