What the Left has Lost

The Communists have come in for opprobrium, not because of the middle class’ aspirations, but because they have devalued their own worth 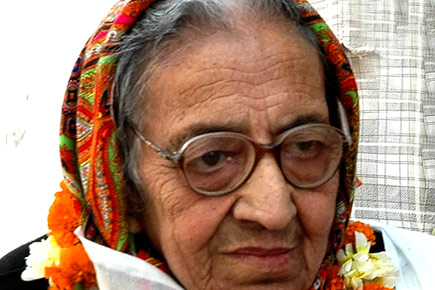 Over the past few years the urban middle class’ growing disenchantment with politics has been well documented, much of it attributed to the cynicism of the political class. But ironically the one constituent of the political sphere that has come in for opprobrium despite their commitment to an ideology are the Communists. While they would like to blame this on the middle class’ aspirations, really they have devalued their own worth.

On 10 May, both the BJP and Congress candidates suspended their campaign in Amritsar to pay homage to Vimla Dang, CPI leader who died at the age of 83. She along with her husband Satyapal Dang, who still remains active in public life, had spent 65 years working in the town of Chherta near Amritsar. They were both ‘underground’ during British rule, they both served as presidents of the local municipal council and then as MLAs of the constituency. Both were given the Padma award at a time when it still had some meaning.

Through the 1980s when the Khalistanis virtually controlled this area of Punjab, Vimla and Satyapal Dang stood up to them. In turn they inspired many of their colleagues to take up arms, thus providing the first real resistance to terrorists. Through this period they continued living in a bare one-room flat retaining only Rs 2,000 each from the MLA pension they were entitled to, the rest went to the party coffers. In 1997 they resigned from the CPI national council and refused to contest elections saying there should be an age limit on holding public office. But everyone in this part of Punjab knew that if there was a public cause to be taken up, large or small, the Dangs would address it.

The two of course have lived extraordinary lives not easily emulated. But, if for non-believers the power of religion lies in the extraordinary feats it sometimes inspires, Communism in India is no exception. The extraordinary capacity of a commitment to public life, that once inspired respect even among those who opposed them, is no longer visible. As far back as 1997 Satyapal Dang had spoken perceptively of the reality of coalition politics, argued for Communist unity and the need for an agenda similar to that of the Social Democrats in Europe. But voices such as his have been drowned out in the Left’s hierarchy. Those who exercise power in Kerala and West Bengal are no different from politicians anywhere, and the Karats and Yechuris are basically career bureaucrats.

Under such circumstances the Left has no reason to expect more than its due.