What is Sauce for the Goose… 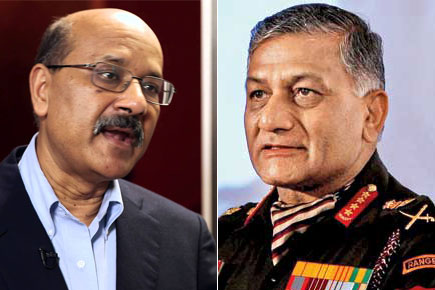 Defending the actions of the country’s intelligence agencies, BJP General Secretary Arun Jaitley has argued in a recent article:

They must be happening, but we do not admit them or talk about them. Larger public interest demands this. My charge against the UPA government is that for narrow political interest it has deliberately leaked out the covert operations in two cases {the Ishrat Jahan case and the VK Singh revelations} thereby creating a serious set back to our counter-insurgency operations’.

Reading these words, it seemed to me that he was almost paraphrasing The Indian Express editor-in-chief Shekhar Gupta’s column in that paper on the Ishrat Jahan case:

‘All you can say is that our intelligence past hasn’t exactly been either ineffective or incompetent, nor would it pass with flying colours if subjected to the legal/moral scrutiny of the Ishrat Jahan case…

The larger argument, therefore is, if they did so in Gujarat, it is not the first time the IB and state police forces have collaborated to kill. So while it is one thing to investigate this case as a crime, be careful of what you will unravel if you do not ensure a “controlled fallout”.’

Despite these words, Shekhar Gupta as editor has ensured that there would be no ‘controlled fallout’ in the case of India’s retired Army Chief VK Singh. The general has only compounded matters by claiming money has been paid to a number of politicians in Jammu &Kashmir, and has then clarified that the money was used to organise functions attended by these politicians. These are two different claims. We already know the consequences of tampering with one election in Kashmir (in 1987). The original Indian Express report states some of the money has been used to influence the shape of democratic politics in J&K. If the Army, of all institutions, has attempted to do this, then such an exercise in national stupidity deserves to be exposed, whatever Jaitley may think.

For this very reason, it is good to see The Indian Express going ahead with the story. Motives may be attributed to the editor, but a story stands on its own merits and cannot be knocked down or vindicated on such grounds. It is also a tacit if belated admission that the stand Shekhar Gupta took on the Ishrat Jahan case was at least as dangerous to the idea of an independent media as VK Singh’s stand on what transpired in J&K is to the Army. The recent story is far more in keeping with The Indian Express’ own tradition of journalism than Shekhar Gupta’s earlier stand had been. National interest is not served by the media suppressing the cold-blooded murder of a 19-yearold or payouts made by the Army to elected politicians. And if this investigation leads to the very top (Gupta suggests that in the Ishrat Jahan case it would lead to then Intelligence Bureau Chief Ajit Doval), so be it. After all, the question of payouts by the Army seems to lead to the very top, and seems to implicate not one but several Army chiefs, and that did not seem to stop The Indian Express.

VK Singh has sought to discredit the Indian Express story on two grounds. The first is that the same newspaper had published an earlier story implying that under his tenure troop movements to Delhi had raised alarms of a possible coup.

Many in the media, including Open, had been critical of that story and we were issued a legal notice that we refused to comply with. We felt that The Indian Express had not reacted in a manner befitting an organisation that believes in open and critical debate on issues of public importance. But neither of these facts is enough to give a lie to the recent story which seems to have been subsequently confirmed by VK Singh. The second relates to allegations by VK Singh about Shekhar Gupta’s financial holdings. Again, irrespective of whether those facts are right or wrong, they in no way take away from the veracity of the story.

Yet, for the same reason that a story in a newspaper such as The Indian Express needs to be taken seriously, so do allegations levelled by a former Army Chief. It is up to Shekhar Gupta to respond; after all, VK Singh has not shied away from discussing charges levelled against him, however ineffectually. A fear exists in the media that whenever a story is directed against any individual, that individual can take refuge in slandering the journalist or editor, as the case may be. The proper response is not to fear such charges or run away from them. The proper response has to be systemic. Nothing at the financial end of the media, including the salaries and assets of journalists employed by any organisation, should be hidden from public scrutiny. When we in the media ask for transparency, we should be willing to subject ourselves to scrutiny.