Waiting for the Trigger

The direction of the market from here on will be determined by the next wave of reforms and its impact on corporate earnings. But can the Government deliver? 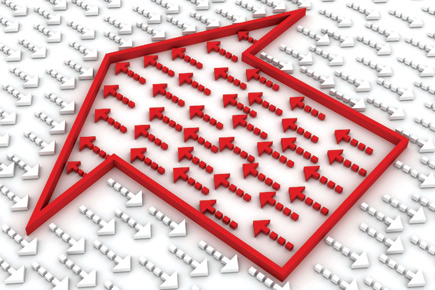 The next wave of reforms will determine the direction of the market. But can the Government deliver?


As we get into the first few weeks of 2010, comes the rather encouraging announcement that the Government has set up a panel to look into further financial-sector reforms. The panel will submit its report by mid-March.

Is this going to be yet another report which will gather dust after being submitted, with the Government failing to muster the political will for its implementation? Hopefully not. Most in the corporate and financial sector agree that the time is now ripe for the Government to push through the next phase of reforms—both financial and otherwise—to bring the economy back to a higher growth path.

Several initiatives which have been talked about are still pending: consolidation in the banking sector, raising of foreign equity limits in insurance from 26 per cent to 49 per cent and the deepening of India’s bond markets. Indeed, the Percy Mistry Committee on making Mumbai a global financial centre had submitted several crucial recommendations on financial-sector reforms and the creation thus of a vibrant corporate debt market. So, if the Government wants to act, there are already enough credible roadmaps to follow.

The reforms agenda is intrinsically linked with that of the growth of the corporate sector and equity markets. The stockmarket, therefore, is keenly watching the developments unfold on the reforms front. Perched on a rather steep 17,554 as I write this column, the Sensex will seek direction from the third quarter corporate earnings in the immediate context, but also look towards the medium-term reforms agenda for further direction. Going by the third quarter performance so far, the signs are positive.

A recent report by leading brokerage Motilal Oswal makes it clear that the direction of the market will be decided by an interplay of three factors—earnings growth, capital raising and policy reforms. On the reforms front, what the markets are watching eagerly are those on sharing of oil subsidies and pricing of gas, the early implementation of the much-awaited goods & services tax (GST), financial sector reforms and a thrust on infrastructure.

Is this assumption too optimistic? Probably not. Most companies are now preparing for a healthy acceleration in earnings in the coming quarters, having cut costs aggressively and cleaned up balance sheets during the past several quarters as economic conditions got tighter. But higher interest rates in the future and a spike in raw material costs once again could spoil the party. The corporate sector, however, is well aware of these threats to the bottomline. The good news also is that the Centre’s economic stimulus measures will be withdrawn only in a gradual manner and any jerks on that count appear unlikely.

In its latest report, Bank of America-Merrill Lynch points out, for instance, that food inflation and policy reforms are among the ‘Top 5’ factors for 2010. It says an economic recovery led by emerging markets will naturally lead to higher demand for food and energy. But this will also throw up important opportunities in agri-infrastructure, commodities and agri-financing. On the other hand, with a lean election calendar this year, the stage is set for aggressive policy reforms in the near future.

Recently, Finance Minister Pranab Mukherjee mentioned that inclusive growth is not only possible, but also inevitable. Financial inclusion will be an integral part of such growth, and as states chart out their agendas on this front, it will also provide investment opportunities in the financial and technology sectors.

The way the market moves is going to be critical for the Government’s disinvestment strategy too. But in order to keep the market happy, the Centre will have to bite the reforms bullet hard this year. Whether it has the teeth to do so will be the deciding factor.