Tweeting His Heart out

Beyond Titles and Honours • Process over Pace 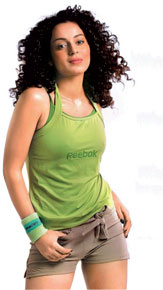 Abhishek Bachchan hasn’t made a new movie since Happy New Year, and some would say we ought to be thankful for that. But we do have a genuine reason to be grateful to junior Bachchan, and it’s for encouraging Rishi Kapoor (whom he’s been shooting with lately) to return to Twitter after briefly flirting with the social networking platform a few years ago and abandoning it promptly.

Rishi Kapoor, or Chintuji as he’s affectionately addressed by pretty much everyone, announced his return on Twitter recently in a typically irreverent fashion, attracting eyeballs and inspiring guffaws when he posted this to describe himself: ‘Son of a famous father. Father of a famous son. That leaves me nowhere!’ In the days ahead, his steadily growing band of ‘Followers’ were treated to vintage Chintu-isms that revealed the famously moonh-phat star’s biting sense of humour and blatant disregard for empty niceties. ‘Why do male/female actors wear dark glasses in the NIGHT specially at parties and airports where media hang around?’ he fired, following it up with another zinger: ‘Either they feel the lights are too harsh inside or they suddenly expect the sun to come up. Come on man give us a break. Lol.’

He ruffled some feathers when he ranted against the beef ban in Maharashtra, but even he wasn’t prepared for just how much spite and venom came flying at him ‘for hurting religious sentiments’. After initially tackling the trolls head on, insisting that food and religion ought not to be equated with each other, RK shrewdly conceded that he only eats ‘cattle (e)specially bred elsewhere in the world…’

Beyond Titles and Honours

It’s no secret that Kangana Ranaut, who earlier this week was declared winner of the National Award for her performance in Queen, is keen to position herself as a ‘thinking actress’ and not just another glamour puss. She took off to New York to attend a screenwriting and filmmaking course after Queen opened to rave reviews and a strong box-office last year, and recently she flew to London to study film editing.

Kangana has said she is aware that industrywalas are suspicious of the way she conducts her career. “Salman Khan called me up last year before I was leaving for New York and asked me why I was possessed by this bhoot of filmmaking when my career was just about finding its groove,” she remembers. And she is aware that her colleagues are gossiping about her again now. It’s refreshing that she doesn’t seem to care, though. Having currently wrapped filming for Tanu Weds Manu Returns, she’s shooting with Nikhil Advani on Katti Batti opposite Imran Khan, and is preparing to film Sujoy Ghosh’s next in and around Kolkata. But it’s clear she’s more excited to discuss her non-film pursuits right now. She shared a poem she wrote earlier this week with close friends, and will likely put it up on her blog soon. There’s a film script in the works too, and film direction, she says, is her ultimate goal. “I’m going to get bored of acting very soon, unless I keep myself busy with other things like writing,” she explains.

A prominent actress, who came out of hibernation last year to play a solid central role in 2014’s best reviewed Hindi film, has reportedly walked out of a major film she signed recently because she couldn’t align herself with the filmmaker’s working style. The darling of critics, and easily one of the finest working female actors, she swept every award in her category for her daring performance in this literary adaptation, but didn’t exactly go on a signing spree in the wake of her recent success. She was courted by a handful of top names, and signed two significant films subsequently, but now it appears that she has left one of the two projects—directed by a blockbuster filmmaker from the South—after shooting for four days. The actress has an impeccable reputation in the business, so insiders have been quick to point blame in the direction of the filmmaker. Word on the street is that the actress was uncomfortable with the director’s rapid pace of filming, and the fact that he cared little for her process.

The actress has been clear from the start that she is keen to pursue projects that are commercially viable, and those that can afford to pay her a substantial fee. The director in question, who has delivered two blockbuster Hindi remakes, presented the actress exactly that kind of project. It was a no-brainer. Little did she know things would go sour so soon.