The Unsound of Music 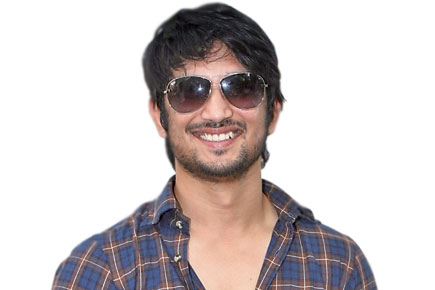 Would you really perform a brand new track from your unreleased film at a gathering if you wanted to keep it under wraps? Farhan Akhtar is reportedly mad at folks who filmed him belting out a number from Rock On!! 2—sequel to the 2008 hit Rock On!!—during a performance in Shillong. The actor-producer has reportedly reached out to websites and portals that have posted the video of his performance, urging them to take it down since the movie isn’t going to be out for months.

Farhan thinks it’s too early for people to hear the track, but oddly he didn’t insist that guests at the event refrain from filming his performance. But wait… it’s not just him! Another of the film’s actors, Shraddha Kapoor also performed a song from the film at a separate private event, and a video of her performance too has found its way onto the internet. Now the producers of the film—directed by Shujaat Saudagar—are requesting these sites to block that video as well.

First Sushant Singh Rajput pissed off his Kai Po Che director Abhishek Kapoor when he left Fitoor so he could do Shekhar Kapur’s Paani instead (which, as luck would have it, still hasn’t gone into production). Now he appears to have rubbed Ekta Kapoor the wrong way by dropping out of her Mohit Suri-directed adaptation of Chetan Bhagat’s Half Girlfriend. Turns out he’s given those dates to Cocktail producer Dinesh Vijan for his directorial debut, which pairs Sushant with Dilwale’s Kriti Sanon.

Even as the folks at Balaji Films continue to curse Sushant for his unprofessional behaviour, it seems they may have finally found a replacement star after weeks of back-and-forth negotiations with both Varun Dhawan and Sidharth Malhotra who reportedly passed on the project. Word on the street is that Arjun Kapoor will step in to play the lead.

The Balaji honchos have apparently been in talks with the Gunday star for a few weeks now, negotiating mostly via email and SMS since Arjun’s been in Buenos Aires for roughly a month now where he’s hosting the latest season of Khatron Ke Khiladi, a reality game show based on Fear Factor. Sources close to the project reveal that the script was emailed to him in Argentina, and that financial contracts were ironed out by his managers in Mumbai before Arjun committed to the film.

Now one hears the film’s producers are looking for a suitable female lead, and Suri’s lucky mascot Shraddha Kapoor may be their top choice.

A prominent leading lady is not pleased that “rivals with an agenda” against her have created the impression that there’s been a falling out between her and one of her favourite co-stars. After the actress starred in a hit film with said actor, there was news that the pair would appear together again in another project. But tabloids suddenly began reporting that the male star didn’t want to work with the actress.

Turns out the actor had “genuine” reasons why he couldn’t do the project, but the actress is convinced that it was deliberately made to look like there was a problem between the two.

Now it appears that the actress and the film’s producers have reached out to the actor again to reconsider the project. They’ve reportedly agreed to rework the script in a manner that makes him more comfortable, and are hoping that he will eventually come around.

To rivals who’re still carping that the two don’t get along, the actress will have you know that he’s “family”, and that he recently spent an evening at her home celebrating his birthday with her and her folks. She also says they’ve been discussing another project together anyway, just in case this one doesn’t fructify.

So there. “You can’t drive a wedge through this friendship,” she warns.