The Sin of Profiting From Sin 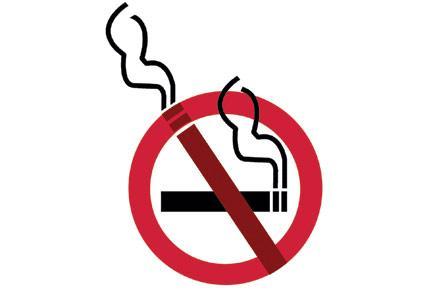 Sin is a transgression against the intent of God, but in modern rational times it should be an irrelevant word, among sensible human beings at least. Smoking cigarettes might be bad for your lungs but it is difficult to see it as a sin because it is hard to see God having an opinion on it, one way or the other.

The Health Ministry recently wrote to the Finance Ministry asking for the imposition of a Sin Tax in this Budget on the consumption of cigarettes and alcohol. When—and if—the proposed Goods and Services Tax comes into force in India, then it too will in all probability be levied on these two items. As something that makes people pay the state a penalty for socially undesirable actions, the Sin Tax is a self-serving construct. Cigarettes are dangerous and no one should have an argument with that. There are an overwhelming number of scientific studies going back many decades that show this. Some forms of alcohol might be healthy at a bare minimum level, but it is often abused and alcoholism affects the poorest households the most. So, no quibble about the demerits of this poison either.

On the other hand, the idea of such a tax does not exactly pull the chain smoker or alcoholic out of his sin, it merely seeks to profit from it using a tool of economics called an ‘incentive’. The problem with this tool, as argued by philosophers like Michael Sandel, is that it often bypasses the moral questions involved. In this instance, the issue would be: when you take more money from a person to keep him smoking, you in effect sanction his habit. He is paying to continue with it and feels less guilty doing something that is socially undesirable. And people don’t really give up vices because of an increase in tax.

When cocaine first hit the Western world, it was marketed as a wonder drug, but it took a long time before governments recognised it as a narcotic and banned it. Cigarettes are similarly placed. Are cigarettes addictive? Yes. Do they cause immediate harm? Yes. Do they kill? Yes. They are not perception-altering or hallucinogenic, but that seems irrelevant because the problem with narcotics is how it leads to addiction, destroying health, and not that you see the Garden of Eden on your ceiling.

When the tax on cigarettes is increased in every budget, then it is a form of Sin Tax anyway. When state governments inevitably increase excise duty on alcohol in their budgets, it is a Sin Tax, too, and when they sell alcoholic drinks themselves, like in Kerala and Tamil Nadu, they are actually assuming the role of drug peddlers. The reason there is resistance to an outright ban on cigarettes and alcohol is precisely because governments make so much money off them. The argument against making them illegal is that such bans cannot be enforced and there will soon be an underworld trade. This is true, but the same thing applies to cocaine and heroin. Either all of them must be legalised and taxed till kingdom come, or none of them must be, and both positions would be more honest than the present policy.