The Ramp Wars • Vrooming with Money • The Man with Two Penises 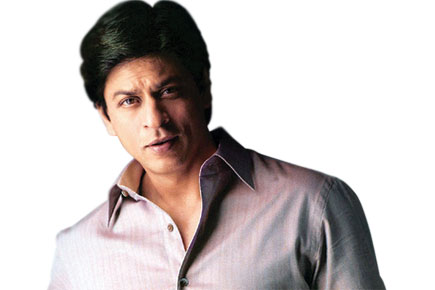 The Ramp Wars • Vrooming with Money • The Man with Two Penises


When Jaya Bachchan threw a party at her Juhu residence last week to celebrate her designer friends Abu Jani and Sandeep Khosla completing 25 years in the fashion industry, guests were surprised to note that JB’s babies—Abhishek and Aishwarya—were nowhere in sight. The white-and-blue themed party was attended by the likes of Dimple Kapadia and her daughter Twinkle Khanna, Neetu Singh-Kapoor and Tina Ambani, among others. On enquiring why Abhi-Ash were missing, guests were informed that the parents-to-be were holidaying in London.

A source well acquainted with the family tells us there’s been a strain between the designer-duo and Aishwarya since she walked the ramp as a showstopper for Manish Malhotra last October at the HDL India Couture Week in Mumbai. Abu and Sandeep were allegedly far from pleased when the Bachchan bahu showed loyalty to a rival clothesmith, given their closeness to the family.

The duo has had a long-standing friendship with the Bachchans, and has always been their designers of choice for important public occasions. They continue to refer to themselves as mamas (maternal uncles) of Abhishek and his sister Shweta, and are in the habit of repeating that story about being asked by Jaya to perform the ‘uncle rites’ during Shweta’s marriage to Nikhil Nanda. That aside, every one of the Bachchans has walked the ramp for Abu-Sandeep at some point or the other.

Aishwarya’s ramp walk for Manish Malhotra has caused an awkwardness now, reportedly both with Ash and Abhishek, and that is the reason being cited by fashion industry insiders for their absence from Jaya’s party. Incidentally, Ash has only recently started working with Manish Malhotra on a regular basis. She famously swore by Neeta Lulla for the most part of her film career, but the two fell out a few years ago.

Some major Bollywood A-listers showed up in London last week to participate in an event hosted by a prominent Indian motorcycle manufacturing company as part of its rebranding exercise. Ranbir Kapoor, an ambassador for the brand, attended it, as did Anushka Sharma, who was signed on to perform a music number at the event along with Shiamak Davar’s troupe. AR Rahman, who has composed and sung the jingle for the new ad campaign, was also present. But the major star attraction was Shah Rukh Khan, who’d been roped in to emcee the event.

Word on the street is that between the motorcycle brand and 02 (the UK’s prestigious entertainment venue where this event was held), they reportedly shelled out—wait for this—a whopping £1 million to SRK for the job. He cracked jokes, struck self-deprecating jibes and kept the audience entertained. He even stayed for high tea after the event.

In a television interview recently, Shah Rukh joked that he’s poured so much money into Ra.One, his next production, that he’ll be dancing at kids’ birthday parties all year round to recover the investment. A million pounds (you do the math) sounds somewhat improbable, but even if the actual figure is nearabouts, it’s a very respectable fee.

Meanwhile, there were further murmurs about Ranbir Kapoor and Anushka Sharma, including gossip that it was the young heartthrob himself who recommended Anushka’s name for this event.

The Man with Two Penises

While on London, Indians working on Bond Street are full of stories about a talented young Bollywood star who hung out at the cafes behind Selfridges drinking himself silly before his films back home finally started making money. The actor, regarded as the face of ‘new Hindi cinema’, liked to polish off a bottle or two of wine before allegedly trying to lay his hands on drugs.

Waiting desperately to make some kind of impact in Bollywood, while at the same time eager to pursue any opportunities beyond Hindi films, the actor reportedly signed a B-project in London by a British-Asian director, which mercifully never took off. The film was about a man with two penises, and the filmmaker himself was struggling to secure financing. The project fell through after the actor finally landed a bonafide hit in a cool, cutting-edge film by a new-age writer-director in India. The star no longer needed to do a dodgy comedy about a man with two penises.