If migrants are responsible for crimes in India’s cities, why are they always from the labour class? 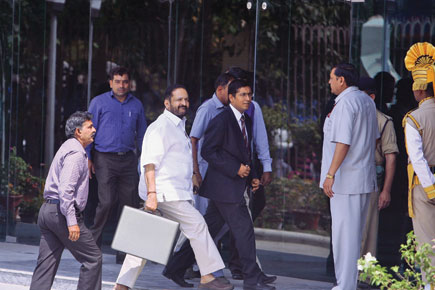 If migrants are responsible for crimes in India’s cities, why are they always from the labour class?


It was somewhere between interesting and amusing to watch Himachal Pradesh’s Director General of Police, B Kamal Kumar, on Headlines Today. The issue in question was his statement that migrant labourers were responsible for most crimes in the state. He wanted I-cards for them and their antecedents verified before they were allowed to work in the state. In the clip where he made these suggestions, Kumar can also be heard saying that migrants from Nepal and Bihar were the main culprits. As the channel’s anchors got ready to pummel him, he had a sudden insight into geographical conditioning and made quick amends by saying that migrant-criminals were independent of region. And then, as both a contradiction of what he had just said and an illustration of it, he added Punjabis and Haryanvis to the list.

Kumar is in the long line of politicians and policemen who are convinced about migrants making crime uncontrollable in big cities. The corollary to this is that if you address migration, you will address crime. In January 2012, after the rape of a Manipuri girl, Delhi Chief Minister Sheila Dikshit said just as much. Raj Thackeray has made a career out of holding Bihari migrants responsible for everything under the sun, including probably the dispute between North Korea and the United States. In one TV interview, he was asked for evidence showing their link to crime. He retorted that the interviewer just had to ask any policeman informally. Thackeray was probably not lying. The Mumbai Police would think like that.

Decent intelligent people would be a little confused about how to react to such statements. At one level, anecdotal evidence seems to show that it is self-evident and true. It also seems inherently distasteful to make that connection. There is, however, a way to approach the issue so that both hold true—allowing that migration increases crime but also its being venal to highlight it.

Let’s begin by moving away from regular crimes to something bigger like unimaginable corruption. In the past few years, you would therefore have the case of A Raja who is alleged to have made a few thousand crore out of illegally selling airwaves that didn’t belong to him. There would also be Suresh Kalmadi who, as president of the Indian Olympic Association, is alleged to have used India’s hosting of the Commonwealth Games to enrich himself. Raja is a man from Tamil Nadu who was based in Delhi when he saw the opportunity. Kalmadi is from Pune and was also in Delhi as a Member of Parliament while organising the Games. Both are, therefore, migrants. After these scams broke out, you did not hear Manmohan Singh or the CBI chief saying that corruption has increased because of migrants from Tamil Nadu or Maharashtra. Or take government departments where transfers are frequent, like Excise or Income Tax. Corruption is institutionalised in them. But on the rare arrest of any IT officer whose native home is somewhere else, the Finance Minister does not say it is a migrant problem.

When it is said that migrants increase crime, they therefore always mean those at the lower end of the social scale, a threat to the nice happy lives of the middle and upper middle-class. When a policeman or a minister wants migration regulated, he or she essentially wants one particular class sanitised. In the process, they will make rules for the 95 per cent in that class who are honourable hardworking men.

Anyone who is silly enough to control crime in cities by controlling migrants needs to come up with another definition for a city. Any city that exists today is a creation of migrants. If you stop them, you stop its growth. The standard of living will go down because labour will become expensive or non-existent. The large numbers that come into a city are like veins carrying blood and oxygen into its heart. If they want to change the complexion of Indian society for something that normal competent policing can do, then good luck and God bless.