The Old Triangle That Wasn’t 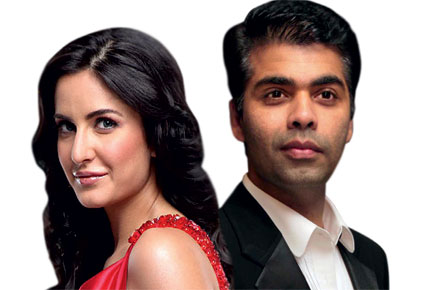 
Sudhir Mishra, who’s currently shooting a film with Arjun Rampal and Chitrangda Singh, is reportedly ready to dive into his next, a comedy for which he wants to cast Amitabh Bachchan and Rishi Kapoor. A source who’s read the script reveals that the two senior stars will play old friends who’ve been estranged for over 30 years after discovering that both were in love with the same woman. When they meet again, each is surprised to learn that the lady didn’t marry the other, and hence their anger towards each other is unjustified.

Both actors are believed to have said yes to the script, but the busy Mr B is apparently working out his dates in a manner that allows Mishra to start filming in early 2012. Kapoor, meanwhile, who prefers this script to a remake of Shaukeen that actor Rohit Roy wants to direct him in, needs a confirmed start date for Mishra’s project so that he can work around the rest of his commitments.

Katrina Kaif will perform an item number in Agneepath, it has been announced. But what few people are possibly aware of is the near breakdown of Katrina’s relationship with producer Karan Johar recently. The actress was reportedly Johar’s first choice when he was looking to cast a female lead opposite Ranbir Kapoor in Wake Up Sid director Ayan Mukherji’s new film, but Katrina is believed to have dilly-dallied and never fully committed to doing the film, which is why Johar had to rope in Deepika Padukone at the eleventh hour.

Most actresses would give an arm to work with Ranbir, but Katrina (whose romance with the actor fizzled out sooner than people expected) was having second thoughts after being approached by Johar for Mukherji’s film. She’s believed to have cited several excuses for being uncomfortable about the project, and even claimed her on-off boyfriend Salman Khan had forbidden her from working with Ranbir. Even so, she didn’t officially say ‘no’ to the film, but merely kept the filmmakers hanging on and very frustrated.

According to the industry grapevine, it was Johar who finally took the dreaded step. He told Katrina he couldn’t wait any longer for her to make up her mind, and informed her that he was replacing her with Deepika. In no mood for the media to find out she’d been dropped from an A-list project, Katrina allegedly gave her nod of approval for another big project—Dhoom 3—which she’d been offered, but hadn’t made up her mind about either. A source tells us she also requested Yash Raj Films, the producers of Dhoom 3, to make an official announcement about her casting in the same week that Deepika was declared the leading lady opposite Ranbir in Mukherji’s film.

Johar, meanwhile, who was upset with Katrina over delaying her decision, decided to let bygones be bygones. He reportedly extended an olive branch by offering her an item song in Agneepath—which, as it turns out, has displeased that film’s heroine Priyanka Chopra, who is no fan of Katrina.

Having recently returned from a long shooting schedule in Jaipur, the unit of a big-budget comedy film is bursting with stories about the film’s stars. The most scandalous story involves one of the two male leads, a married family man who, when he wasn’t on set, is believed to have been holed up inside his hotel room with a pretty, diminutive Bengali starlet who’d flown in from Mumbai to be with him for the duration of the shoot. The actress was barely spotted outside the room, such was the level of secrecy they were trying to maintain. It’s only housekeeping and room service staff who caught a glimpse of her when they visited the room. The unit began to get suspicious when the usually sociable actor didn’t show up for common crew dinners and drinking sessions after pack-up and preferred to stay indoors even on days when they weren’t shooting.

But it turns out the star wasn’t the only one on the set indulging in some extra-marital shenanigans. The film’s director, one of the most successful filmmakers currently, also married, is believed to have taken a shine to his leading lady, a former television actress. This couple has been fairly open about their fondness for each other, and reportedly spent hours ‘getting to know each other’ when they weren’t on the set. The director was spotted driving around his petite actress for cozy dinners in the pink city, and unit members insist he’s not hiding his affection for her because it’s no secret that he’s been in an unhappy marriage for years.