The Magnet of Suffering

On brand building exercises by religious groups during times of catastrophe 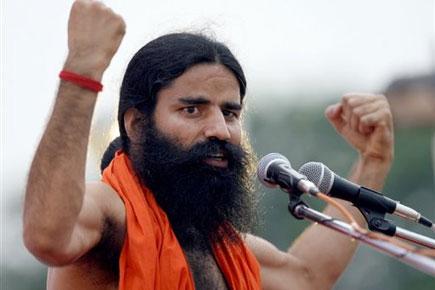 It is always heartening to see good being done. A headline after the Nepal Earthquake, perhaps because Baba Ramdev himself had been in Kathmandu then, went, ‘Ramdev adopts 500 children orphaned in Nepal earthquake’. The report, which said that they will be given accommodation, education and food, had this opening line: ‘Yoga guru Ramdev on Monday adopted 500 children orphaned in the earthquake- hit Nepal and said he will render all possible help to them up to fifth standard.’

Notice the tense in the sentence that indicates that the noble deed has already been done. There is then only the small question of where exactly these orphans were found at such short notice. The day this was announced, the death toll was 4,000. Can there be 500 orphans from 4,000 deaths unless earthquakes consume only fathers and mothers while sparing their children? There might be a mathematics professor who can come out with the probability of all this, but it has to be slim.

Ramdev is not the only one who made headlines from the religious front. There was Gurmeet Ram Rahim Singh, head of the Dera Sacha Sauda, who also felt the calling to contribute. Ram Rahim Singh claimed to have already sent 200,000 paranthas and wanted to personally go with a team of skilled people to provide relief. But he had a small niggle—cases of murder and rape against him. He therefore made an appeal in the CBI court seeking permission to do his good work. There are also reports of missionaries becoming active in Kathmandu, and that too is not surprising.

What is it about suffering that energises religious organisations so much? And they shouldn’t all be derided because many indeed do good work during calamities and have the ability to call on a large body of volunteers. Contrast that with the immediate response of, say, corporates, which were very quick with a broom when Narendra Modi asked them to sweep footpaths but don’t see much profit in rushing with CSR into seismic zones where their business prospects are low.

But religion has a long-term view and is patient about anticipated rewards. One part of it is brand building, but there is also the self-imposed delusion (except for the out and out charlatans) that they are doing good for its own sake whereas the reality is that in one form or another every religious body is in the business of collecting souls and counts its success by how many it can co-opt. That is not altogether a bad thing because self-interest is a powerful tool. There is no reason to expect that self-interest should be swallowed under some greater altruistic nobility while extending relief. Otherwise, why would India and China rush in to help with an alacrity rarely seen when it comes to another country? And why would Nepal refuse the aid of Taiwan if it thought that geopolitics and its own self-interest isn’t relevant?

It would, however, be wise for any Nepali who eats Ram Rahim Singh’s parantha to not feel undue indebtedness. The food is real. Beyond that, everything is illusion.