What India should do for the geographical spread of cricket 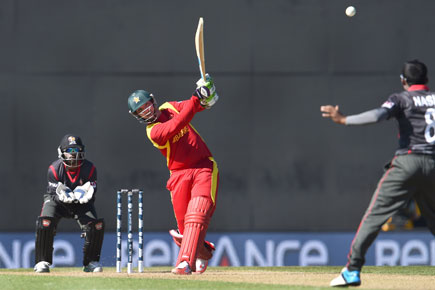 In case you have forgotten, for the longest time the World Cup’s early stages tended to be only sporadically interesting. When the big teams, the best among the Test-playing countries, met, they would be keenly watched. But when the ‘minnows’ played among themselves or against a big team, they would be only casually tracked. When those mismatches happened, it would be an exercise in tapping our better sporting selves, trying, or at least pretending, to place the game above exasperation at seemingly pointless encounters that could just go one way.

I still recall, back in 1996, when the Dutch were set a target of 329 by South Africa (that phenomenal opening pair of Gary Kirsten and Andrew Hudson having posted 186 for the first wicket), the message to the orange-clad men was: don’t even try, just set a reasonable target in your mind, 200 or thereabouts, and prove yourselves to basically yourselves. In other words, realise this is way out of your league, don’t even attempt to dream.

The minnows, or associates in the ICC’s blunt phraseology, as opposed to ‘full’ members, were well on their way to being walk- on participants at the World Cup, with the league matches a quick affair before the main teams got down to playing each other seriously in a round-robin super-8 kind of format. India’s defeat to Bangladesh (not really a minnow, of course) and their consequent exit in 2007 ended that plan. Now there would be endless matches with the minnows in the early stages to prevent India’s early departure.

In 2015, the minnows have struck back. They are the teams that have brought the tournament alive. Ireland felled big teams. Afghanistan sparkled by getting even American observers interested in sport’s power to make a larger point. Scotland actually gave England pre-match anxiety. UAE gave Zimbabwe a scare on the field, threatening to scramble the rankings in Pool B. The associates have made this World Cup interesting in a way that, say, the Champions Trophy cannot be. In the league stage, they are the story of the Cup.

I repeat this too often recited piece of recent history only to provide the backdrop for India captain MS Dhoni’s off- handish rejection of the possibility of his team playing more against associates. Of course he wished them more opportunities to play against better teams, he said after India’s UAE match, “but please, not India.” Because: “India can’t play any more games.”

Dhoni was being himself, pragmatic, here and now, impatient with idealistic varnish. For him, it is a simple matter of time-keeping, of India’s crowded calendar, their international commitments and the IPL window. He has a point, practically speaking, but what accounts for his refusal to entertain that there may be another way, a possibility of India’s schedule accommodating cricket’s geographical growth, a growth visible for the first time in so many decades?

As captain of the Indian team, as someone whose career has overlapped most with the IPL’s rewrite of cricket’s commerce and fan appeal, he would know better. He’d know that to matter, to belong, to grow, new cricket- playing nations must necessarily engage with India. Time is for his board to work out, why not at least acknowledge the right intention?

Time is, in any case, a concern for other Test-playing nations too. The England and Wales Cricket Board is reported to be toying with the proposal to cut Test matches to four days and ODIs to 40 overs each for the 2019 World Cup to be hosted by them, all for no higher purpose than to create more time for lucrative Twenty20 cricket.

There is no indication that the BCCI will be any less focused on the bottom line, that it will heed the responsibility that comes with India’s dominant place in cricket. Ed Smith, the former England Test cricketer and one of the best sports writers today, once argued that the global popularity of a sport can be measured by taking its total number of participants (including followers) and subtracting those from its biggest region. Football without any one of its major powers is still huge. But cricket without India? His point was that to recover its “democratic equipoise”, cricket needed to grow beyond India to newer regions, perhaps America and China.

Similarly, in the current context, with the BCCI visibly lost for equipoise after Supreme Court scrutiny, perhaps a big initiative to competitively embrace emerging teams and further cricket’s geographical spread could validate India’s claim to being first among Test-playing nations. Don’t evade it by citing shortage of time.