The valedictory column from a grateful editor 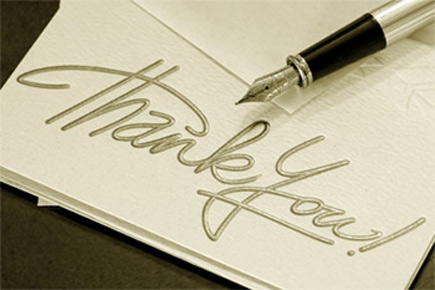 The valedictory column from a grateful editor


This is the last Rear Window you will be reading in Open, since I have resigned as Editor of the magazine. Maybe the column will appear in some form or another, under some other name, not necessarily as the dessert, in some other publication at some future date; I do not know. For I have made no plans for the rest of my life, except that I can have a long and relaxed couple of months after what has been an intense two-and-a-half years, putting together one of the finest journalistic teams ever seen in India (or so I would like to believe), and, with them, creating a magazine that (or so I would like to believe) stood out in the clutter on newsstands.

It has been an exhilarating ride, and a humbling one, and I thank each and every one of you who have read and engaged with Open, each one of you who has written in to appreciate some story we have done or the magazine’s format, and everyone who has dissented and been kind enough to let us know of what you disapprove of or disagree with. But all journeys, like life itself, and everything associated with it, must come to an end one day, and my journey has just ended. After all, even the universe, we are told, that began so flashily with the Big Bang, will one day collapse under its own gravity and disappear into a tiny black hole in an event that scientists describe as the very reverse of the opening showstopper, the Gnab Gib. Though, I am told, that’s a long time away.

We started Open as a response to what we felt was a universe of magazines that was boring and out-of-touch with readers in the modern context of proliferating media and extreme attacks on attention spans. Every story in Open, from the first day, went through a gruelling litmus test: that it had to fulfil at least three of five criteria: that it should either inform, entertain, engage, surprise or be useful to the reader. And, above all, we wanted not to bore. That, as I had written in the very first issue of the magazine, would be considered a cardinal sin. I hope we have lived up to that promise. We wanted to look classy: a preening little standout in a sea washing up noisily on the shores of your peripheral vision. I think we succeeded to a large extent, not wholly, not in full measure, but to an extent that gave us pride and built an internal culture of camaraderie and excellence that I have found rare in my 20-year career in the media. We loved the title of the magazine, and that seemingly innocuous four-letter word imbued our life, office relations and work style with a carefree and tolerant confidence that must be rare in any place where a person gets a paycheque at the end of the month.

I will not be there, but Open will stay. And, hopefully, keep blossoming and flourish. The magazine’s alumni will spread far and wide and take with them, knowingly or unknowingly, what they learnt or imbibed at Open. As I look back at our humble beginnings in one room in South Delhi from today’s five-storey office building (with a smoking zone on the terrace where the air-conditioner almost never works), there are too many people that I would like to thank from the innermost recesses of my heart. In fact, I can’t think of anyone I don’t want to thank, for their courage, intelligence, commitment  and good humour. So I shall not name any individuals. Just a little wave of the hand at all of you and a quiet exit. Do wave back at me, please.