The enigma that is Sunny Leone 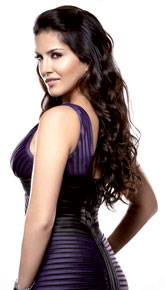 On the flight to Los Angeles, the actress promptly retired to her flatbed after putting on an eye-mask and ear-plugs, and remained asleep for most of the roughly 16-hour journey. Sporting five beaded bracelets on her right wrist (inspired by her Ragini MMS2 producer Ekta Kapoor, perhaps?) and poring over a script just before landing, Sunny Leone appeared to be avoiding being recognised. Her husband, heavily tattooed and dressed in a black singlet and jeans, made a few trips up and down the aisle, but aside from a quick visit to the restroom, Sunny stuck to her seat.

The race to superstardom between Ranbir Kapoor and Ranveer Singh has tightened following the release of Bombay Velvet and subsequently Dil Dhadakne Do. Although Anurag Kashyap’s ambitious period saga tanked at the box-office, the blame hasn’t landed on leading man Ranbir’s shoulders as it tends to happen. The actor delivered a rock solid performance in the film, and trade pundits have pinned responsibility for the poor opening squarely on the film’s lacklustre trailers and marketing. Dil Dhadakne Do, meanwhile, opened to more-than-decent numbers, and it has only strengthened Ranveer’s position on the charts, given that the actor drew unanimous praise for his charming performance. Ironically, both actors were offered each other’s films originally. It is no secret that Zoya Akhtar had approached Ranbir Kapoor and Kareena Kapoor to play the brother- sister pair in her ‘dramedy’, then offered the roles to Ranveer and Priyanka Chopra after Ranbir turned down the film.

In the case of Bombay Velvet, Anurag Kashyap had more or less committed the part to Ranveer—who was at the time the blue-eyed boy of Anurag’s Phantom Productions; he’d been picked for Vikramaditya Motwane’s Lootera, and was in talks for the company’s Magadheera remake—but ended up offering the film to Ranbir when his partner in Phantom and Queen director Vikas Bahl snuck the script to Ranbir, who became determined to star in it. Their journeys so closely intertwined, their Bollywood destinies so co-related, is it any wonder that both actors—while displaying warmth and cordial ties in public—are far from good friends?

Now that a key female role in a much discussed biopic has finally been cast (the makers roped in a model-turned-actress after several A-listers declined), it appears that the film’s producers are on to their final hurdle: casting a third female part. This one requires an actress of gravitas: it’s for the fictional part of a lady prosecutor in this true-life story of one of India’s most famous disgraced sportsmen. The makers recently came calling on a talented young actress who debuted in a well acclaimed indie two years ago and since then has worked in a globally celebrated TV show. But it seems the actress in question has turned down the part. Insiders say the film’s script seems less an authentic telling of the sporting hero’s life story, and more a vehicle to relieve him of his infamy. No surprise then that not many actors seem excited about aligning themselves with such an agenda.