The Enigma of Enid Blyton

How does a mediocre writer with recycled plotlines sell 600 million copies across the world? 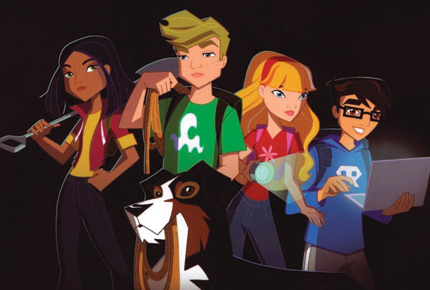 How does a mediocre writer with recycled plotlines sell 600 million copies across the world?


Most authors we grew up reading in the late 1960s and 1970s are today forgotten, our beloved characters extinct. William the Outlaw, or Billy Bunter and the Famous Five of the Lower Fourth, or the Hardy Boys. The girls have kept Nancy Drew half-alive. All others were washed away by the tidal wave called Harry Potter and the subsequent fantasy tsunami. Apparently, if you write about normal human beings in the world as we losers perceive it, your book will have less chance than an ice-cube in hell.

Unless you are Roald Dahl or Enid Blyton. Let’s quickly get Dahl out of the picture, because he is unique. His quirky imagination and his understanding of the child’s view of the (often unfair) adult world are unmatched, and all bright child readers will continue to enjoy him. At least, I hope so. Ms Blyton, though, remains an enigma. She is still selling like crazy even though her stories’ settings are of a time long past, her language just passable, and all her adventure stories recycle five plotlines over and over and over again. So why has she sold 600 million copies, and in 2008, ranked by Unesco as the sixth most translated author in history, just behind Shakespeare and Lenin (the list is headed by Disney Productions)?

She has been accused of racism: the (dark) gollywog is the bad guy in the Noddy series; the word ‘nigger’ can be found in a few books; in The Little Black Doll, the eponymous heroine wants to turn pink. She has been accused of gender bias. The boys are always protecting the girls; when villains’ hideouts have to be explored, the girls are always sternly asked to stay behind. Of course, these don’t matter to the young reader, but what about the stories? Most of the adventure stories involve castles, secret tunnels, dungeons, treasures, smugglers, circuses and gypsies. Before a new book, Blyton could have just poured all the ingredients into a bowl, taken out any four and built the plot.

Yet, there is a unique aspect to Blyton’s children. All of them operate in an atmosphere of remarkable freedom. Parents are benign shadows in the background. The children take holidays alone, are never scolded, even after they have come back home after running away for a week. They are hardly ever told to stay out of danger. The only role mothers and aunts have is to dish out a feast in the last chapter of every adventure after the kids have come home triumphant: scones, tarts, cakes, ginger ale. Their families are the perfect support groups for these brave boys and girls.

Nearly all important adult characters are hated figures of authority—Constable Goon or the fiery Uncle Quentin—or the villains, who are surly child-haters from page one. Except, that is, in the mysteries, where, obviously, their true colours need to be kept hidden till the end. It’s a perfect mix for a nine- or ten-year-old.

The child dreams of having adventures like Roger and Julian and George(ina), unfettered by parents. Blyton’s work is never dark like Harry Potter (I’ve always been unsure whether the books, volume four onwards, are suitable for children, because of their unrelenting brutality). The world is a nice place—sunny meadows and sparkling seas—and the world is there for the children to enjoy, make a better place and have a ripping good adventure on the way. It’s the romantic spirit of Empire, articulated through a post-Empire generation of little Britons. But that spirit lives worldwide. A child’s yearnings are the same in Kolkata and Kyoto, Mombasa and Munich. However crappy her writing, Blyton’s books are truly universal, presciently capturing the dreams of a child of a certain age.

And if you believe she was shallow through and through, read her least-known books, what are referred to as ‘the family stories’: The Family at Red-Roofs, The Put-Em-Rights, and the best of them all, The Six Bad Boys, the finest children’s book in the social realism genre I’ve ever read. There are no easy pay-offs when Enid Blyton took time out from her many super-popular series.