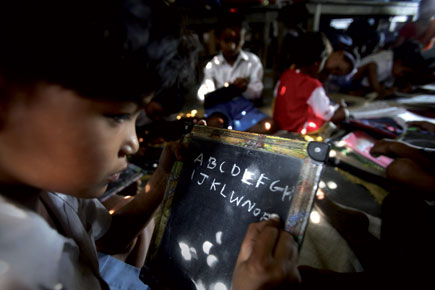 
In the 1960s, my uncle went to study engineering in the Soviet Union. The medium of instruction in Patrice Lumumba University was Russian. He didn’t know the language but managed to study both Russian and engineering. He graduated without too much trouble. He was reasonably intelligent and what he did was neither exceptional nor unusual. The few Indians who go to France for higher studies even now learn in French. One of the arguments for the necessity of English in India is that it is the only medium in which higher studies is conducted or possible. That might be true, but it does not make English inevitable.

Our subservience to it is a psychological condition imposed upon ourselves. Independent India ensured that vernacular languages didn’t develop by keeping all higher technological education out of their ambit. Even now, if it were made compulsory that medicine, engineering and management be taught in Bhojpuri, it is a fair possibility that demand would force the language to evolve and accommodate concepts that seem impossible for it today.

Recently, Rajnath Singh said in a speech that “English language has caused a great loss to the country… We are losing our language, our culture as there are hardly any people who speak Sanskrit now.” It has been received with derision by middle and upper class India. The Times of India, the most accurate barometer of this elite, had a front-page headline titled: ‘BJP chief claims English bad for India, triggers outrage’. To align itself with the outrage, it ran a Times View saying why English needs to be celebrated and how lucky India must consider itself for it.

You have to start by asking what makes a politician’s insipid comment so important for the country’s biggest English newspaper. The Times is a creature without emotion. It has just the market in its mind. The reason to play up the comment is the certainty that literate India, its chief clients, is not just servile to a colonial past but has the fanaticism of the converted. To speak English is a caste symbol that shows how the speaker is distinct from all those toiling souls below.

What Singh said has the usual dollops of right-wing absurdity. To explain English as the reason for Sanskrit’s near extinction is to establish the corollary—that if English were not so exalted, Sanskrit would have a resurgence. This is in keeping with the RSS hallucination about a mythical Hindu Eden where sages sat under trees and whispered equations of nuclear physics to disciples in Sanskrit. But Sanskrit was hardly ever the language of everyday India. It was moribund even when the second urbanisation of India started in 7th and 6th century BC. Courts and kingdoms used the local vernacular, like Ardh Magadhi.

To imagine that English is an inevitable virtue is the same blinkered thinking. For example, if Sanskrit was never the language of the people, what is English? Even now, not more than 10 per cent of India speak it as a first, second or third language. These speakers, however, hold the levers of higher education. Like the Brahmins of old who maintained control over knowledge and kept Sanskrit alive, this class does it for English now. Poor India studies the local vernacular.

There is nothing to show that we would be crippled without English. China has created an online world entirely in Chinese. The internet has as many Mandarin users as English. The only reason for India to stick with English is that it would be too much trouble to change it. But to see an imprint of our cultural slavery as a blessing is delusional. Singh’s observation is half correct, his prescription pointless.

A few years ago, a temple was set up in which English was deified as a goddess. This was done by a Dalit intellectual as a symbol of the community’s emancipation. Non-Dalit India looked on with benign indulgence and amusement. There was none of the scoffing that Singh’s words have evoked. But between a political comment adverse to an alien language and making a deity of that language, which is more bizarre?