The End of Shame

Modi is a disgrace; but let us make sure those pointing it out are not doing so to serve other interests 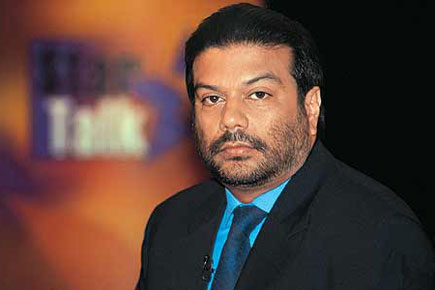 Modi is a disgrace; but let us make sure those pointing it out are not doing so to serve other interests


The distinction between cultures of shame and cultures of guilt may be an oversimplification, but it is not without merit. Consider the number of terms in Hindi and other Indian languages that derive from shame: ‘sharam nahin aati hai’, ‘log kya kahenge’, ‘besharam’, ‘sharamnaak’ (aren’t you ashamed of yourself, what will people say, shameless, shameful). On the other hand, it is difficult to find an exact match for the term ‘guilt’ in most Indian languages. There are a number of words for regret; very few for guilt. We are not a culture given to censuring our thoughts, or for that matter even our actions, unless of course, we are found out. For better or worse, in India shame acts as a social check on public conduct.

This is why the role of the media takes on an additional significance. If the Congress and BJP have recently been demanding that media coverage of accused politicians be tempered, this has little to with the judicial process. If this were a problem, the Judiciary would have intervened. The real problem is that the public airing of such deeds has forced figures such as Shashi Tharoor, Abhishek Manu Singhvi, Ashwani Kumar and Pawan Kumar Bansal to step down from posts in the Government or their party, even if only temporarily.

The Congress reacted very differently in the aftermath of the 1984 massacre of Sikhs in Delhi. HKL Bhagat, Jagdish Tytler, Sajjan Kumar and Kamal Nath were rewarded for their roles in the killings, and even though Tytler and Sajjan Kumar have subsequently faced cases in court, Kamal Nath has escaped unscathed.

The Congress got away then in a way it cannot now because for much of the 1980s after the massacres, the media abdicated its role. Caught up in the myth of Rajiv Gandhi, it largely ignored the deliberate distortion of evidence before several commissions, the coercion of witnesses and the complicity of the Delhi Police. Many editors of the time who continue to lecture us on public morality today forget that, from 1985 to 1989, they presided over one of the media’s biggest post-Independence failures.

It would seem that the media has learnt from its earlier error. With the rise of Narendra Modi, the BJP has now shown that it can emulate the Congress cult of shamelessness, but at least the media has not remained silent. Unfortunately, the omissions of the past do not disappear so easily.

In a recent piece, the young columnist Mihir Sharma rightly argued that exculpating Modi because of the 1984 massacres is dangerous. But the column reminded me of a conversation we had, where he asked me about the strength of the evidence against Kamal Nath for his role in the 1984 massacres.

The evidence directly linking Kamal Nath to the massacres in 1984 is far stronger than the evidence in the Gujarat riots against any senior BJP leader, bar Maya Kodnani. Yet the media has let Kamal Nath survive as one of the most important Cabinet ministers in the UPA Government for two terms, with most people sharing Mihir Sharma’s ignorance. Little has been written about him; no questions have been asked.

I have no doubt that Sharma, once aware of the evidence, would agree that Kamal Nath should step aside and allow an enquiry into his role, even if it comes 30 years too late, but I cannot say the same of several others who are today so vituperative about Modi. Many of them attack Modi while displaying a wilful disregard of the sins of the Congress. And when this happens, it is as dangerous as the problem Sharma raises.

Modi is not just unfit for the post of Prime Minister; he is unfit for any public office. But the shamelessness of such a man is best questioned by a media that is immune to questions about its own motives. Just this week, Delhi woke up to an article on the edit page of one of India’s leading newspapers, The Hindustan Times, by none other than Vir Sanghvi. Writing in the paper on politics for the first time since his misuse of the same space was rather dramatically highlighted in the Radia Tapes, he commented on the Modi campaign: ‘No matter which party wins, India is certain to lose.’ It seems even shame has its limits.

It is no surprise that almost a decade earlier Sanghvi had written about the 1984 massacres: ‘On the more substantive issue of whether the administration allowed Delhi to burn, all the commissions have been unanimous: yes, it did, but this was because of incompetence and negligence, not because of any sinister design. If there is a parallel, it is with the 1993 Bombay riots rather than with Gujarat.’ Somehow, he always manages to say exactly what the Congress wants to hear. To me it seems that no matter who wins, with his piece being published, journalism in some measure has already lost.