The Books of Civilisation 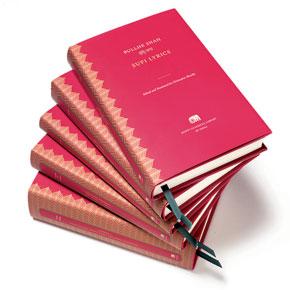 If the Bharat Ratna has not been utterly debased by political whimsy and point-scoring—whether from the ‘secular’ left or the ‘Hindu’ right— I’d want that honour to be conferred, 25 years from today, on Sheldon Pollock and Rohan Narayana Murty.

The former, professor of Sanskrit at Columbia, is the general editor of the Murty Classical Library of India, a series of translated volumes of classical Indian literature that has been funded by the latter, a computer scientist from Harvard and the son (notwithstanding the missing ‘h’ in his surname) of NR Narayana Murthy, the billionaire co- founder of Infosys. With an endowment from Murty of $5.2 million, the series has enough capital in its vaults to keep going for 100 years, at the rate of five new volumes of translation per year—a ‘love-marriage’ of delicious elegance between new money and old glory.

Published by the Harvard University Press, the first five volumes of the series are now available for purchase. The handsome hardbacks are steep, at between Rs 1,495 and Rs 1,695 per volume. But the paperbacks are a dazzling bargain: Who could resist Sur’s Ocean (Sursagar) at Rs 495? That gets you 1,000 pages of the poems of Surdas, the original Brajbhasha text (in Devanagari) on the left-hand pages and a superb English translation on the right. ‘Sarad samai hu Syam na aaye…’

The time is autumn—still, the Dark One has not come.
I cannot imagine what love spells were exerted
by some female foe to bar his way.

And how easily marred might the poetry have been by a clunky translation. But as Hawley and his editor, Kenneth E Bryant, tell us in the acknowledgments, the book has been four decades in the making. This volume, as well as the others in the first flush of the Murty series, is nothing less than a monumental labour of love; and it is a love, in the main, of Western scholars in Western universities for classical Indian literature. As Indians squabble over whether the Gita should be India’s ‘national book’, and whether Pythagoras did nothing more than rip off Indian mathematicians more ancient than he, scholars in the West go about their quiet business as guardians of Indian culture, and of texts that are scarcely studied any longer in the land of their composition.

How else do we explain the fact the Murty Library volume of The Story of Manu (Manucaritramu)—the finest poem in classical Telugu, composed around 1620 by Allasani Peddana, the self-styled ‘Creator of Telugu Poetry’ (Andhrakavitapitamaha)—has never before been translated into another language? Not into Tamil, or Hindi, or Bengali, or Malayalam. And yet here, Velcheru Narayana Rao of Emory University and David Shulman of the Hebrew University of Jerusalem give us a limpid translation into English of Peddana’s highly amicable poetry.

If a woman doesn’t have the good luck
of having a lover who is young and handsome
and who makes love to her whenever she wants,
who really loves her, what good is her beauty
and her youth? Why be alive?

There are over 500 pages of such lively observations, of candid homilies that remain as fresh as they were when they first graced palm-leaf manuscripts in the time of Krishnadevaraya, a king lauded ceaselessly (and, we are told, sincerely) by Peddana.

The adulation of a monarch is the avowed purpose of another volume in the Murty series, Abu’l-Fazl’s The History of Akbar, Volume 1 (known to us as Akbarnama). Edited manfully by Wheeler M Thackston, professor emeritus of Persian at Harvard, Abu’l-Fazl’s tome can best be described as hagio-historiography. The author is a cross between a Mughal Boswell and Herodotus, as well as a fulsome, full-time praise-singer. The translator, in his introduction, flags the perverse difficulty of Abu’l-Fazl’s prose, which is ‘in a parabolic style that is far from immediately comprehensible; not only is the style difficult but he also coins new words and uses old ones in novel ways.’ Thackston also alerts us to Emperor Akbar’s ‘translation bureau’—maktabkhana— which ‘sponsored translations of works of Hindu learning into Persian’, the language of the Mughal court. (This is not unlike the credo of the Murty Library, taking works from the classical Indian canon and translating them into English, the language of the world’s intellectual ‘court’.)

The most modern of the Murty books is Sufi Lyrics by Bullhe Shah, the 18th-century poet. Christopher Shackle, the editor and translator, is emeritus professor of the Modern Languages of South Asia at London’s School of Oriental and African Studies, and he makes clear that he prefers to spell the name of Punjab’s finest Sufi poet as ‘Bullhe’, and not ‘Bulleh’, heretofore the customary English transliteration. Intriguingly, the original Punjabi lyrics are printed here in the Gurmukhi script, even though, ‘almost uniquely in the modern world, Panjabi is a biscriptal language.’ The preference for Gurmukhi over Persian-scripted Punjabi could, I suspect, reflect commercial considerations: Harvard must believe that Indian readers of Punjabi, especially the wealthy Sikh diaspora, are a bigger market for the volume than their Pakistani counterparts.

Like Surdas’ easygoing Brajbhasha, Bullhe Shah’s Punjabi glides unresistingly into English. Shackle refrains from trying to make English poetry out of the original Punjabi, setting himself, instead, the task of trying ‘to convey the sense of the poetry in a consistent style of plain English prose that aims to steer a middle path between off-putting formality and jarring colloquialism.’ The results are a respectful, handsome, and never joyless rendition of the lyrics into English. Take this fragment:

Bullha, the mullah and the torch bearer both have the
same intent. They spread light to people, but are
always in the dark themselves.

I save my favourite volume for last. This, the ‘Therigatha’— styled in English as Therigatha: Poems of the First Buddhist Women—is the shortest of the lot, and will be, to the many readers who encounter it for the first time, the most beguiling of the Murty classics. These poems were composed in Pali over two millennia ago. The translator, Charles Hallisey, senior lecturer on Buddhist Literature at Harvard, deems them ‘as a collection’ to be ‘the first anthology of women’s literature in the world.’ The ‘theris’—or ‘senior ones’—were ordained Buddhist women of some religious achievement, and he urges us to read their poetry not as a historical document, nor even as literary exotica from a bygone age, but as living literature with its own clarity, truths and epiphanies. The poignancy of many of the verses cannot be denied.

The hairs on my head were once curly,
black, like the color of bees,
now because of old age
they are like jute.

Some verses are startling:

We were mother and daughter,
but we shared one husband,
I was afraid of what had to come from that,
it was perverse and made my hair stand on end.

Sexual urges, let them be cursed,
they are dirty, foul, dangerous,
and they were all right there
where mother and daughter shared one husband.

One is transported by these words: not to another time, for a ménage of this sort, while outlandish, is not inconceivable today. Instead, one is taken to the midst of a private life—lived by mother and daughter—that must have been turbulent, often toxic. How did these women arrange their lives? And who was the man they shared? Was he happy? Or did he, too, think his situation ‘dirty, foul, dangerous’? Somehow, I doubt it. Men, surely, were avid and omnivorous even 2,000 years ago, when Pali was the language of love and lust.