How Bollywood has reversed the evolution of the Indian male 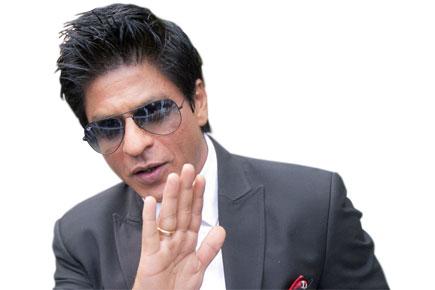 How Bollywood has reversed the evolution of the Indian male

One of the things Amitabh Bachchan thanks God for, he once told me in an interview, is that his audience never expected him to take his shirt off on-screen! This is while he was the young action superstar in the 70s. Heroes like him, four decades later, I suspect, enjoyed no such luck. They were forced to obsessively work out, besides work hard for their lead roles.

During the summer of 1998, Salman Khan was shooting a song Oh, oh Jaane Jaana for the film Pyar Kiya Toh Darna Kya in Madh Island, a far-off suburb even for Mumbai that mostly lives in the ‘burbs. The stage was set. The crew was ready. Right before they were going to roll, Salman realised that the clothes he was meant to wear for the shoot didn’t fit him anymore. Over the month since he had first tried on the costumes for the song, he had bulked up in the gym and put on four-and-a-half kilos of muscle. Getting a replacement jacket and shirt from Bandra (a couple of hours’ drive away) could have cost them the day’s shoot. The film was Salman’s family production. He decided to shoot the entire track dancing half nude before the camera.

That number, by the one-hit wonder Kamaal Khan, became the ‘ear-worm’ of the year. The music video, for its time, went viral. I’m not sure if sales of under-shirts dropped drastically, like it did in America when Clark Gable showed up bare-chested in It Happened One Night (1934). But being bare-chested became Salman’s signature style. Following his success, his contemporaries and newbies who entered mainstream films thereafter began to pump heavy iron, shave their chest, pop steroids and glug down protein shakes to be able to similarly show off their muscles on screen. Audiences began to expect this.

Los Angeles’ Gold’s Gym started operations in metropolitan cities in 2002, growing its fitness franchise at a phenomenal rate across B and C towns in the country. Talwalkar’s and other body shops began to dot Mumbai’s skyline at around the same time. Young Indian men’s T-shirts started to tighten around the biceps and chest. Bland ghaas-phoos (vegetables) replaced dal makhani and butter chicken on the dinner/lunch menu. Conversations centred on BMI, GM, carbs and other esoteric acronyms.

Beyond the natural human quest for immortality, I suppose this phenomenon had something to do with the marriage age of the average metropolitan Indian going up. They had to compete in the gene pool for much longer. Even the arranged marriage mart offered them less security to stay comfortably podgy. Women, far more independent, had greater say in the choice of their male partner, even if they were introduced to potential suitors through the parents. If you casually scan through Facebook profiles of males of roughly the same age, you’ll realise the fitter ones are mostly single or interested, rather than married with kids and other worldly concerns, who are more likely to be pot-bellied and balding. Of course there are enough exceptions to debunk this theory.

Still, we mainly derive our concept of the ‘body-beautiful’ from actors on screen, whether in films or advertising. Shah Rukh Khan kicked off the marketing campaign for his movie Happy New Year posing half-nude with eight-pack abs. He’d done the same with Om Shanti Om (2007). I don’t know how many women went weak in the knees ogling at that front-page image in Bombay Times. Every man I know secretly gawked at that picture of a 49-year-old hero—whether Photoshopped or not—with genuine envy and admiration.

I doubt The Times of India’s website would have zoomed in with an arrow pointed at SRK’s chest, biceps or torso (as it did with ‘OMG, Deepika Padukone’s cleavage show!’). It would hardly serve as the same kind of ‘click-bait’ for women surfing the internet. That way, they are a step ahead of men in the evolutionary curve. For them, individual body parts are rarely objects of fixation. How else could you explain Salman Rushdie with Padma Lakshmi or Lyle Lovett and Julia Roberts? Sometimes I thank God for that!