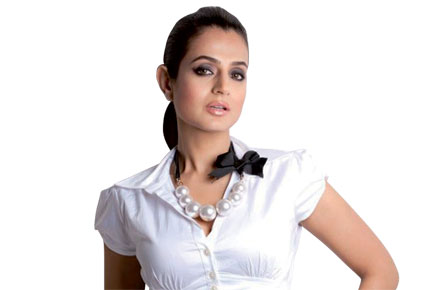 
The producers of Bombay Talkies succeeded in cajoling as many as 20 prominent stars to appear in a music video that is being used to promote the film commemorating 100 years of Indian cinema. However, one star conspicuous by his absence in the video is Salman Khan. Gossip mongers insist that the star turned down the producers’ request because he didn’t want to be a part of any project that Shah Rukh Khan was also involved in, but a source close to the actor reveals that Salman just didn’t have the time or the interest. “Bhai didn’t see why he needed to do this. He’s not acting in the film. He isn’t particularly close to the directors of the film. They weren’t offering any compensation in return for making an appearance.”

Also missing from the video are all of the Bachchans. Neither Amitabh, nor Abhishek or Aishwarya are to be seen in the video that features, among others, Aamir Khan, Shah Rukh, Ranbir Kapoor, Akshay Kumar, Madhuri Dixit, Sridevi, Vidya Balan and Priyanka Chopra. Word has it the Bachchans were travelling and couldn’t make it “despite being relentlessly pursued to spare a few hours”.

One for the Self-Help Book

Amisha Patel—she of the giant hoardings and print campaigns advertising an eyewear brand that doesn’t exist!—wants you to know that she’s going to Cannes. No, she’s not on the festival jury (like Vidya Balan is), she’s not the ambassador of a major cosmetics brand that sponsors the festival (like Aishwarya Rai Bachchan, Sonam Kapoor or Freida Pinto), and none of her films have been officially selected for screening either. But the makers of her new film, Shortcut Romeo, have decided to screen the film during the festival for potential overseas buyers.

This means that the producers will rent out one of the many small screening rooms in Cannes and invite sales agents to take a look at the movie for possible international distribution. Amisha, who reportedly plays a cheating housewife being blackmailed by her lover for cash, will attend the screening, which is conveniently being described as a “premiere” by the actress and the filmmakers. No word yet on whether the film’s leading man, Neil Nitin Mukesh, will show up too.

A representative acting on behalf of Amisha has allegedly approached a handful of Mumbai designers asking them to come up with outfits that she can wear in Cannes, thereby “publicizing the label to the world”. Naturally, no offer was made to pay for the outfits.

When she made her debut opposite a superstar some years ago, she was initially dismissed as ‘too plain’, chubby even. It took a few films for the industry to recognise that she could act. Before long, she was heralded as a breath of fresh air in an industry filled with clones—a curvy, wholesome beauty amongst the anorexic model-turned-actresses. Her naturalness on screen was celebrated; she could play the “spunky girl” better than anyone else.

As is often the case, it didn’t take long for the backlash to come. Her critics are grumbling that she’s stuck in “chirpy roles”. Of course, it doesn’t help that the actress herself appears to want to fit in, rather than stand out. She’s lost so much weight lately that the tabloids have declared that she’s got an eating disorder. (For her own part, she says she has got a rapid metabolism rate).

The latest blow is all the attention she is drawing for an alleged lip job. Her colleagues in the industry have been sniggering that her mouth walks into the room before she does, and a bitchy filmmaker has dubbed her ‘Nemo’ for that plump collagen-filled pout.