Shazia Ilmi and the perils of the hidden camera 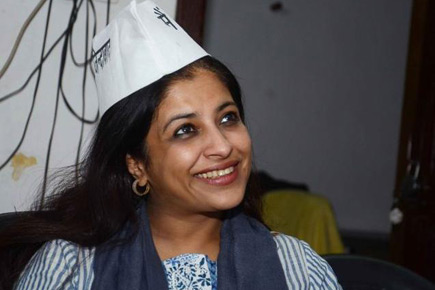 Shazia Ilmi and the perils of the hidden camera


The YouTube video in which Aam Aadmi Party leader Shazia Ilmi asks Muslims to be ‘communal’ is quite clear. She says explicitly that Muslims have tried secularism without profit. And yet if you see the clip, which is slightly over a minute long, in its entirely, it is hard to see any malice in it. The connection between the word ‘communal’ and violence that is so ingrained in the Indian psyche is not Ilmi’s context. She is making a political pitch to wean them away from the Congress and ‘communal’ is used as a synonym for self-interest and, therefore, they should turn to Arvind Kejriwal. That is her pitch to the Muslims around her in that room.

But even if we agree that she meant self-interest, there is still some hypocrisy there. The Aam Aadmi Party is built on the premise that national interest should be supreme and it is time to overhaul the system. To then appeal in narrow parochial semantics goes against its own grain. That is doublespeak but still a lighter misdemeanour than what Ilmi is being castigated for.

Malleability of principles to adjust to ground realities will always be a problem for the Aam Aadmi Party. Built on self-professed, and largely genuine, moral high ground, they really have no answer to the question of how to keep it going when it comes to the give and take of electoral politics. A few years ago when AAP was not in politics, the leaders of the party would have been mortified at appealing to people on the basis of caste or religion. Now they realise that it’s impossible to not do so in politics. For a party that is so vehement about corruption, the idea of bribing voters by populist schemes is also something it accepted without any public debate. It contributed in large measure to getting AAP to power in Delhi. When Ilmi talked her way into trouble, she was merely doing regular inevitable politics. The electorate demands communication in terms of their universe. If a Muslim’s concern is the fear of his community being victimised, then it is not possible for a politician who wants that vote to give him only a lecture on corruption.

The other interesting aspect of the Ilmi incident is how the very tool that AAP thought would be a solution to corruption—the hidden camera— is being regularly used against it. It shows how dangerous a weapon it is if both honest and dishonest people can be killed by it. The sting is putty in the hands of a good editor. Sometimes, like the Ilmi case, it does not even need an editor to do damage. Take a word like ‘communal’, get the media to highlight it enough and everything else in that clip becomes irrelevant. The truth to an action or word is dependent on context, and in the sting context can be inserted by cunning. In private casual conversations we often say what we think the other person wants to hear even if we don’t mean it. But if it is captured by a camera, it suddenly makes a leap into becoming a statement of character.

The hidden camera is probably a useful tool if used judiciously and with some system of cross verification. However, the AAP solution in Delhi of making every citizen go after every government servant with a mobile camera was designed for chaos. How that experiment would have panned out we now know from Ilmi’s current predicament.