Why aren’t we more open with our partners about sexual health? 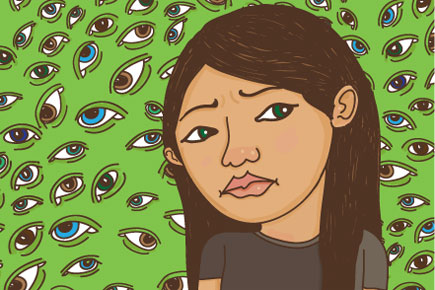 Why aren’t we more open with our partners about sexual health?


For 24 hours, I looked at the phone like it was a serpent. Every time it rang, the ringtone would sound sibilant to my vexed ears. Of the 24 calls I received that day (I counted, yes), six were from The Boyfriend, three from the phone company entreating me to pay my bill, two to offer me personal loans at zero percent interest, and the remaining from an assortment of friends and colleagues. The Boyfriend, though convinced that I was overreacting, dutifully called every few hours to remind me to breathe. Somehow, no matter how safe you’ve been or how many times you take it, taking an HIV test isn’t easy. Since I’m slated for a surgery this week, I knew the hospital would require me to take a fresh test once we booked the OT. I knew what was coming before the doctor scrawled the tests on his prescription. The Boyfriend often complains that I’m capable of being late to my own wedding, but to collect those reports, I was outside the laboratory before its doors had been unlocked. Logically, I knew that no phone call meant I was in the clear, but I needed to see it in writing.

Later that evening, as I jubilantly waved my reports in my unimpressed boyfriend’s face, a thought struck me: how was it that no one had ever, ever asked me if I’d gotten myself tested? It was flattering, their faith in my dedication to safe sex, but even I knew how naive that assumption was. Of course condoms are my dear friends, but there have been times when they’ve lain forgotten on the nightstand as clothes went flying in all directions. I can recount at least three instances when I’ve cut frantic deals with God in exchange for an all-clear ‘this one last time’.

When I thought about it some more, I realised I was being cocky. This wasn’t about me. No one I know can claim that their sexual activity has been limited to one person. Even those friends who had made pacts with themselves and not indulged in coitus until the marriage certificate was photocopied, laminated and neatly tucked away, had found creative outlets for their sexual urges. And even if sexually transmitted HIV wasn’t a possibility for my fellatio-loving, virginity-toting friends, they could well be carriers of HSV or HPV. Then why isn’t anyone asking some tough questions? I’m an equal culprit here—the few times I’ve asked about my potential partner’s sexual health, it’s been limited to “When did you last get tested for HIV?”

Do we really care so little about sexual health? STIs are embarrassing (I’d rather swallow nails than submit STI-related reports to claim insurance) and painful (try Googling ‘genital warts’). Some, like herpes, have no cure. Others, like Chlamydia, gonorrhoea and trichomoniasis, may not show any symptoms at all. And yet, no one’s thinking of taking a test, or asking for one.

I asked my best friend, who is currently going through the rigours of meeting eligible bachelors lined up by her parents, if she would ask a suitor about his sexual health. She nodded emphatically. “I’m not marrying anyone without an HIV test,” she tells me. “Especially the abroad-types,” she added with conviction. No, I’m not getting into the ‘abroad-type’ distinction; that’s for another day. But here it was again: the HIV blanket that seemed to encapsulate the entire gamut of STIs and STDs. I spoke to a few gay friends and spent some time going through their rather detailed profiles and chats on dating sites.

Back home, I had my first long, upfront, honest conversation about sexual health and safety. So long, The Boyfriend’s eyes glazed over, much like a person waiting through eight seasons to see who the mother on How I Met Your Mother was. But he got the point. That weekend, we submitted ourselves to a thorough physical examination. It was jarring, the process of going through the whiteboard images of all the sexual diseases we’d ever read or heard of; but one by one, we checked them off our lists. As we lay in bed that night, I had an epiphany: of all the sex I’ve ever had, this is the most intimate I’d ever been with anybody. Who would’ve thought?

The next day, I paid my phone bill and registered for the DND service.