It’s inevitable, the parental panic over getting a match 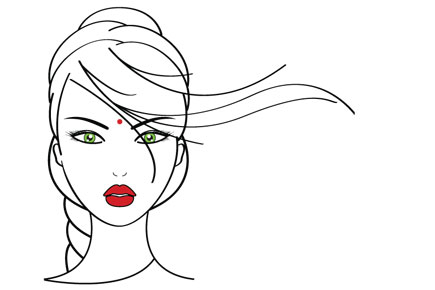 It’s inevitable, the parental panic over getting a match


Last week was spent in anticipation of Eid. I was to fly to the capital and spend the weekend with two close friends and their mothers. I couldn’t wait for the inevitable passing out on the sofa, basking in the warm afterglow of calorific excesses. This year, however, the celebrations were going to be a tad sombre—Aunty 1 was recuperating after a stint of stomach infections.

I expected to find her huddled in bed. Instead, I found her in the study behind a computer screen, large glasses perched on her nose, expression arranged in a manner that meant business. I’d seen that look before. This is the day a girl must bid a teary farewell to life as she knows it. I knew I’d hit bullseye as I leaned over to hug Aunty 1. Staring at me from the computer screen was the blindingly white smile of profile number SH-Fibonacci sequence-007 on Lifetimesaathi.com or some such.

Later that night, the three of us compared notes. Four candidates stand out in our collective memory.

Aunty 1 had been making noises about this ‘cultured boy’, so my friend wasn’t surprised when a meeting was sprung on her. After several hours of being plucked, scrubbed, waxed, and polished like a New Zealand apple at the fanciest parlour in the little town, 300 km from Delhi, where the boy lived, my minimal-clothing-activist friend was forced into a sequinned salwar kameez and presented before the firing squad. Despite his constantly beaming parents, an awkward three-second meeting at a separate table to ‘understand each other’ and the crispy samosas, my friend’s first meeting was an epic failure. Primarily because she couldn’t stop staring at his crotch, wondering how the family jewels were going to survive the death-grip of his jeans pant.

Learning from Aunty 1’s experience, Aunty 2 decided to play it safe. Handing out my friend’s number like candy was deemed better than driving for eight hours only to return, empty-handed. Of the telephonic gems, one left a mark. After a hi-hello-how-are-you chat on Whatsapp, my friend disappeared for a meeting. Two hours later, she came back to a phone groaning under the weight of 37 eloquent messages that ranged from ‘???’ to ‘hellllloooooo, you there……??????’, a Facebook friend request, Twitter follow and testimonial request on LinkedIn. Totally not creepy.

The Neil Nitin Mukesh of Grooms

In the days my parents still hoped I would give up on radical ideas like compatibility and conversation, and settle for the far more important ‘same-to-same community’, I was introduced to a boy with a cute butt. He was so fair and lovely that next to each other, we looked like the before and after in a fairness cream commercial. After sporadic bursts of conversation, we met for a drive late one night. Imagine his shock when he realised that Marry.com or whatever had yielded a tatty girl in pyjamas, unkempt hair and big glasses. We discussed chewing gum and the Falcon system of fraud management before he beat a hasty retreat.

Existence on a matrimonial site follows a graph. There comes a point when parents don’t just hit, they collapse on the panic button. Customer service executives are summoned, and silver, gold and diamond packages are booked, with promises of ‘guaranteed responses, verified contacts and highlighted profiles’. The downside is that the system vomits out the same suitable matches for your entire friends circle. Worse, it works both ways. Three minutes of silence as you cringe while imagining grown men comparing notes on ‘the girl with the big hair.’

But there’s a silver lining. This scramble to nab suitable matches for their kids turns most technology averse parents into internet ninjas. My mother, who until last year routinely called me up to talk her through the process of attaching files to emails, can now dig up sites so obscure, Columbus would be proud. When popular sites failed to yield ‘suitable’ boys, new profiles from Ristonkasansaar and Bemysoulmate et al started landing in my inbox. Google Docs with cross-referenced pie charts, graphs and maps were created and edited by elders across the country, as eligible bachelors were systematically vetted by the management. In importance, this holy document now rivals the photographs that were salvaged during Partition. Every now and then, when I hear mum sighing heavily behind the computer, I know that a meticulous aunty has struck yet another desirable name off the marriage market.