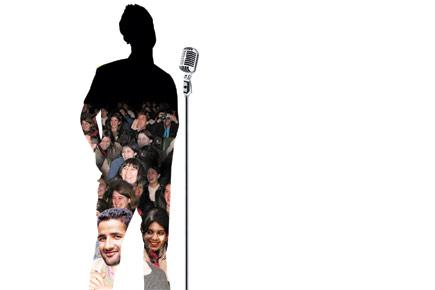 Around early 2009, a motley group of 20-somethings had begun to gather on a Tuesday night at Café Goa in a shanty part of Bandra for an ‘open mic’ to test their stand-up comic skills. This stand-up comedy was different from desi shows like Laughter Challenge on TV, because it was mostly in English, hence upper middle-class, and they attempted to engage in personal observations, self- deprecating humour, nervous scatological banter and anecdotes, rather than memorised joke-telling.

The comedy at this bar event, successor to the ‘poetry slam’ night (euphemism for ‘don’t judge my poems’), would be rank amateur stuff—a lot of its affected mannerisms and gags derived from American acts widely available on YouTube. Delhi’s stand-up comics would have made similar beginnings at around the same time at similar venues. What gave Mumbai the immediate edge was the opening of a full-fledged comedy club, The Comedy Store (now Canvas Factory) in Lower Parel, which would fly down acts from abroad, who would mix their routine set with customary jokes on Indian traffic or how Indians bob their head sideways to mean both ‘yes’ and ‘no’ during conversations.

Vir Das by now was pretty much the patron saint on the paid circuit, having cut his teeth at open mic nights while an undergrad student in the US. A lot of the city’s newbies naturally gravitated towards Das, whose own troupe performed sketches at Comedy Store and corporate events.

Everyone at Café Goa, mostly men, gave stand-up a shot in exchange for a free shot at the bar—no doubt with one eye on the women in the hall, who supposedly love guys with a sense of humour (which as a law, I suspect, works more like: she already finds you attractive, therefore she will find you funny, rather than the other way round; but that’s another matter). The audience at Café Goa got to watch people potentially make asses of themselves in public or crack a good one, the ratio roughly being 70:30. The bar would be almost full on a weekday night. I’d make it a point to attend. Nobody cribbed. The venues multiplied across the city with the progress of time.

It was towards the end of 2009, while I was editing a popular city daily, that we attempted stand-up comedy as a dedicated cultural beat. We would report gags from various shows and cover stand-up comics as celebrities. This is when I realised some of these resident amateurs had already turned into neighbourhood stars. Twitter anyway allows these writers to attract thousands of followers, matching the footfalls in their mini-auditoriums.

Jaideep Verma’s soon to be released documentary I Am Offended ably captures this metropolitan phenomenon. The film chiefly stars Delhi’s stand-up Sanjay Rajoura and Mumbai’s Varun Grover, who channel their urban frustration into their comic routines. Rajoura’s rage borders on misanthropy. He hates ‘urban tucchas’ (brown trash). The volume of the laughs and eeriness of the silence in a room when the comic is up on stage determine the success of a set. They seem to hold well, equally at ease in English and Hindi, often pushing the boundaries of what’s okay to say in public.The film traces the origins of this visual medium to haasya kavees (an old Indian tradition), Johnny Lever’s mimicry audiotapes in the 80s and the late Marathi humourist Pu La Deshpande, for whose shows people would line up all night at the box-office to score a ticket in the morning.

Raju Shrivastav was probably the first Hindi stand-up star from television. His deeply reverential gigs are often punctuated by, “Thank you, aur ab mein agla item pesh kar raha hoon…” A good way to distinguish this from English stand-up comedies might be to look at its grand-daddy Cyrus Broacha, who is impossible to bump into when he’s not being funny. Broacha’s performance is an extension of his personality rather than a ‘peshkash’. Along with Kunal Vijayakar, he gets away with a lot of political humour in the The Week That Wasn’t on CNN-IBN. Much like religion, Indian comedians on TV and films have kept politics to themselves. English stand-up comics in India haven’t. They are subversive, even refreshingly polemical.

Stand-up comics are still a sub-culture. There are about 35 of ‘em all, talking to rooms full of like-minded folk. Each of them feels it’s a matter of time before they get into trouble. Maybe somebody’s got to be hurtin’. But if these numbers attain a critical mass of hundreds and thousands of stand-up comics (like in the West), we could finally save this hypersensitive, hypocritical nation of serious men from the tyranny of political correctness.