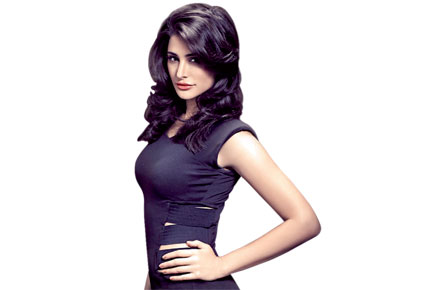 You’d think that with great success came great luxury. But Ranveer Singh, fresh off two back-to-back blockbusters, is a stressed-out fella. Turns out the actor has had a tough decision to make. Having committed to starring in both Sanjay Leela Bhansali’s Bajirao Mastani and the Karan Johar production Shuddhi, 2015 could’ve been the year of Ranveer Singh, but as luck would have it, he’s had to choose one of these two A-list projects.

Shuddhi, billed as an ‘epic dramatic film with substantial action elements’, was originally intended as a starring vehicle for Hrithik Roshan, who walked out of the project, reportedly over creative differences with his Agneepath director Karan Malhotra, who also helms the new film. Shuddhi is slated to go on the floors in a little over eight weeks, in June. And Johar has already announced a 25 December 2015 release date.

Bajirao Mastani, which apparently requires Ranveer to shave his head, is scheduled to go on the floors in January next year, with a—wait for it—25 December 2015 release date in sight. And since it’s unlikely that Shuddhi would have wrapped principal photography by January, Ranveer found himself in the sticky situation of having to choose one of the two films. With shooting dates for both overlapping, and with Bhansali in no mood to delay his schedule, there was no option but to make a choice.

Sources close to the actor say he sought the advice of his mentor Aditya Chopra to help him make the decision. Not that the Band Baaja Baaraat producer was much help, though. Adi reportedly told Ranveer that Bajirao Mastani is the bigger project of the two, and that the actor ought to show his loyalty to Bhansali, who signed him for Ram-Leela when he was only two films old. But, at the same time, Adi is famously close friends with Johar, and couldn’t advise Ranveer to ditch his buddy at the eleventh hour either.

Earlier this week, Ranveer reportedly made his decision public, bowing out of Shuddhi for the sake of Bajirao. Like us perhaps he’d heard that in the last two weeks, Bhansali had reached out to Shahid Kapoor and Sushant Singh Rajput as possible replacements for Ranveer. But industrywalas are saying this messy situation could easily have been averted if either Johar or Bhansali had set aside their egos and adjusted their schedules so Ranveer could do both films. That’s what he’d been counting on too.

A Narcissus by Any Other Name

Nargis Fakhri, leading lady (the word ‘actress’ seems wrong) of Imtiaz Ali’s Rockstar, reportedly gave the makers of Shaukeen sleepless nights with all her constant dithering over dates. First, she was thrilled to be cast opposite Akshay Kumar in Rumi Jaffrey’s remake of Basu Chatterjee’s 1982 comedy. Then she asked the makers if they could move their dates to accommodate an American film she’d been offered. They agreed. Then she came back to them in a few weeks, asking if they’d be willing to move her dates again. This time they balked.

Nargis, you might remember, was meant to star opposite Akshay in Khiladi 786, but dropped out when the actor insisted she sign a three-film contract with his production outfit. She appears to have irked the star again, this time by putting her Hollywood film before Shaukeen.

Lisa Haydon, fresh off rave reviews for Queen, will now star opposite Akshay in Shaukeen. But Nargis is not upset about losing the film. Her friends say she’s clear about pursuing opportunities in the West where she’s more comfortable with the language, and believes she might have more scope to find material suited to her skills. “Sure she’s happy to be in a Hindi film, but she has no illusions about the fact that they only want her to shake her booty in Bollywood,” a friend reveals.

Did boyfriend Uday Chopra use his connections to snag Nargis the Hollywood film? That’s a question she won’t answer. Nor, sadly, will her friends.

Three duds in a row appear to have cost Imran Khan dearly. The Jaane Tu…Ya Jaane Na star once took pride in never signing too many films in advance (a ploy usually adopted by actors to secure their future), but that working style may have backfired. After Matru Ki Bijlee Ka Mandola, Once Upon Ay Time In Mumbaai Dobara, and Gori Tere Pyaar Mein all crashed and burned at the box-office, Imran didn’t have a single ‘go project’ to fall back on.

Vikramaditya Motwane’s Bhavesh Joshi was in early stages of pre-production, but it is now clear the film will be made without him. News has leaked that the makers have roped in Hasee Toh Phasee’s Sidharth Malhotra to replace Imran in this DIY superhero film, which Motwane described to me as “an angry young man story… of an everyday Gujarati boy frustrated with the system who becomes a vigilante”. It’s well known that Imran had been working on his character in Motwane’s film, beefing up for the part, following a strict diet of low-cal steak, even offering inputs on the character’s costume and look.

But all is not lost. Nikhil Advani recently signed Imran for a rom-com he will produce. Barfi star Ileana D’Cruz is expected to star opposite. However, the actor will begin shooting for the film only towards the end of summer, after his heavily pregnant wife Avantika delivers the couple’s first baby.

Among the many things Sanjay Dutt reportedly did while out on parole recently is meet with publishers who’ve been pursuing him for his autobiography. The star allegedly asked north of Rs 3 crore to pour out his controversial life story in print.

One publisher who claims he met Dutt at his Bandra home over an afternoon drink says he painstakingly explained to the actor that publishing isn’t a lucrative business, and even bestsellers have a hard time recovering that kind of investment. But Dutt apparently insisted that he wasn’t going to sell himself short.

Previously the actor had hired a research agency to put together a study that calculated the estimated business that a book on his life could do. He apparently referred to that study again in his meeting with this publisher, who describes it as “bogus research” that was “obviously conducted by people with no idea of the business”.

When the publisher appealed to Dutt’s emotions, saying it was an opportunity to record his memories and experiences for posterity, the actor allegedly spat out angry Hindi cusswords, saying he had no interest in sharing his traumatic life experiences with the world, “fukkat mein” (free).

The big development that everyone in Bollywood seems to be talking about is the mass exodus from a prominent film studio recently. As many as five top executives at one of the industry’s leading studios have handed in their resignations to the MD within the past few weeks, creating a shakeup seldom seen before at a Bollywood corporation.

At least three creative heads, one distribution head, and one marketing head are reportedly moving on. And the reason appears to be a colleague who until recently worked parallel, but has now been promoted over them. The lady in question is being groomed for the currently vacant CEO position.

Easily among the most respected studios in the business, with a long history of nurturing both commercial and indie projects, it was acquired by a Hollywood giant some years ago.

There are murmurs among ‘suits’ in the industry over the fate of the studio. But the film trade doesn’t seem particularly perturbed, given the strong reputation that the MD enjoys and the relationships he’s built with filmmakers and actors over the years.

Meanwhile, at another film studio, internal gossip all involves the stingy ways of its new honcho. The most frequently discussed incident is one from last year when the studio boss travelled to an overseas film festival along with a bunch of filmmakers whom the studio was hosting and whose latest works the fest was showcasing.

According to at least two executives employed at the studio who claim to have witnessed the incident personally, the studio head surprised his filmmaker guests by asking them to split a “measly” coffee bill amounting to approximately €80. The story goes that the contingent—which included the filmmakers, the studio boss and a bunch of his executives travelling with him—ordered coffee and light bites at an airport café while heading back to Mumbai. When the bill arrived, the big-shot reportedly pulled out a €10 note and asked the group to split the balance. Too shocked, one of the filmmakers apparently reached for the cheque and insisted on paying it in full.