Bollywood doesn’t make actors or humour like him anymore 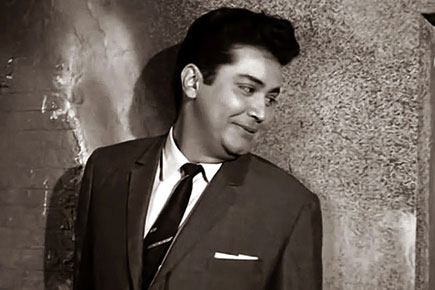 Bollywood doesn’t make actors or humour like him anymore

“Mummy, oh mummy, tu kab saas banegi?” This hilarious song from the family entertainer Khatta Meetha (1977) was filmed on Deven Verma’s Dara – comedian par excellence, who breathed his last this morning, following a cardiac arrest and kidney failure. He was 77.

There are few people whose very presence on screen can send people in splits. Deven Verma was one of those rare individuals. Before the banal world of slapstick comedy became the norm of the Hindi film industry, there were men like Verma, known for his classic comic timing and understanding the nuances of the comedy world, where few ventured successfully.

He was the encouraging actor friend playing himself in Golmaal (1979), who gave Amol Palekar’s Ram Prasad Sharma the idea of playing twins to score with the boss and the boss’ daughter; he was the bullied son Dara, desperate to get married in Khatta Meetha; he was the friendly and supportive personal help Bahadur, to Sanjeev Kumar’s Ashok in Angoor (1982, which won him his third Filmfare Best Comedian Award) – each role defining ones in his illustrious career and each of which are movies that can be watched repeatedly. Even in every ensemble cast that he was part of, Verma stood out from the rest, each time, every time. Other films that won him the Filmfare Award include Chor Ke Ghar Chori (1978) and Chori Mera Kaam (1975) – movies that he carried off with aplomb.

Following his death, social media has been flooded with tributes, from fans and followers alike, some who remembered sharing screen space with him, some others who shared their favourite scenes from his films. Another quality that made Verma stand out was the fact that he never needed to resort to double entendre jokes or take cheap shots at anyone to make people laugh. So he was the eager-to-strike-rich henpecked husband to Aruna Irani in Nastik (1983) and Amitabh Bachchan’s friend and fellow theatre actor in Silsila (1981). One could take it for granted that any movie that starred Verma would be something worth your while, if only for him.

Sure, he did act as the caricatured and forcibly funny Parsi store owner Behram in the Aamir Khan-Ajay Devgn comedy Ishq (1997), but his individual style of humour was never below the belt. Verma belonged to that era and genre of Hindi cinema, where humour was simple, subtle, real and something that tickled you, naturally. And he remained true to his art in every film of his. Verma was last seen on screen in Calcutta Mail (2003), where he played Rani Mukerji’s father.

The versatile actor also acted in Marathi and Bhojpuri movies, apart from directing and producing a few Hindi ones. Born on 23 October 1937 in Pune, Maharashtra, Verma graduated with Honours in Politics and Sociology at the Nowrosjee Wadia College for Arts & Science. They don’t make actors or humour like him anymore. Thank you for the funnies, Deven Verma!