Snooping: But Where Is Rahul Gandhi?

Congress leaders were hoping that he would be back for the planned agitation on 16 March against amendments to Land Acquisition Bill. While the party was protesting on Delhi streets today, the man in question was found Missing in Action (MIA) 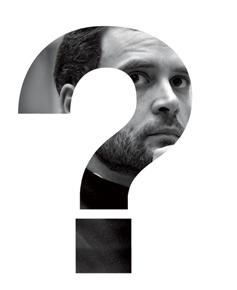 By hook or by crook, the Congress has got into the habit of keeping Rahul Gandhi in news and mostly for wrong reasons. The news of his absence from Parliament to do introspection has not died down and till date the party has been proving defenseless in justifying it. The eyeballs were shifting from him gradually and then he got back again with snooping allegations. Congressmen saw an opportunity in a routine enquiry (as said by the Government) turning into an issue of encroaching in private space and spying.

So, there are protests and demonstrations across the country to generate more sympathy for him and the party. However, it has become a perilous proposition for the party as it goes deeper into it. First of all even when people talk about the snooping and spying, they are puzzled about his sabbatical. A sabbatical which was supposedly ending in a week has successfully gone past three weeks and no one has any idea about his whereabouts and the expected date of his appearance.

There was another leader, Delhi chief minister Arvind Kejriwal who was absent from Delhi for naturopathy treatment of his prolonged cough and diabetes. But daily updates of his treatment were making the news buffs happy and he also has a date to come back. This is not true in the case of Rahul Gandhi.  Congress leaders were hoping that he would be back for the planned agitation on 16 March against amendments to Land Acquisition Bill. While the party was protesting on Delhi streets today, the man in question was found Missing in Action (MIA).

Now the party men don’t even know when he would be back and hence the planned AICC plenary session in early April seems to be postponed. So is the coronation of Rahul Gandhi as party president. Congress cannot protect the leader unless they have some clue of his thought process, his ideas and his whereabouts.

It is sure that the hide and seek game of Rahul Gandhi would discourage the party cadre. The party has lost an election after ten years and it would take time to get back to the trajectory of revival. But for that, Rahul would need to lead the pack, not leave them. It is better that the party focuses on more productive issues than raising a vigil on snooping by the government.