When choosing film roles, are Bollywood actors afraid to compromise their brands? 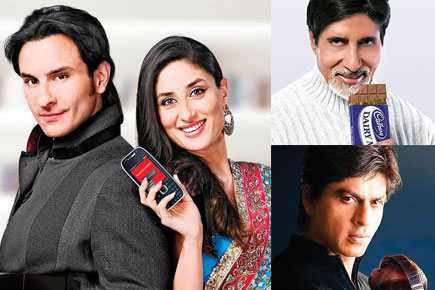 When choosing film roles, are Bollywood actors afraid to compromise their brands?


Adman Prasoon Joshi tells the story of how he once approached Dilip Kumar with a lucrative endorsement offer. The actor disdainfully rejected it. He said: “Hum ishitiharon ke liye nahin bane hain.” (I’m not made for ads.) In a career spanning more than five decades, Dilip Kumar rarely posed for anything other than a movie camera. The attitude seems decidedly odd in present-day Bollywood, where stars are hawking everything from cement to hair oil.

Today, an actor’s mantra might well be: hum ishitiharon ke liye hi bane hain (I’m here only to endorse brands). A business paper informs us that our leading actors are ‘promiscuous brand endorsers’, hawking multiple products simultaneously. Endorsements are not the only ‘extra-film’ activity popular in Bollywood. Hosting shows on television provides a lucrative alternative career. And when the Bollywood awards season unfolds from January to June, stars host and dance at the various ceremonies. Staggeringly hectic schedules also include the occasional ribbon-cutting, book release, overseas shows, performance at private parties, photo-shoots for magazine covers and, of course, promotions for upcoming films. At times, it seems that actors do everything but act.

However, within the Hindi film industry, the clamour for constant visibility is relatively recent. Stars have been plugging products since 1941, when Leela Chitnis was the face of Lux, but until the 1990s, doing ads was seen as a downgrade that took the sheen off big-screen stardom. Bachchan, too, resisted doing ads until 1996. But now, there is no such thing as over-exposure. In fact, Bollywood actors don’t seem much like actors anymore. They are brands. Or, as Shah Rukh Khan so eloquently put it, “I’m just an employee of the Shah Rukh Khan myth.”

Which prompts the question: how does this modern-day myth making impact an actor’s craft? A film director said recently: “The incessant brand appearances make actors some sort of hyper-charming, attention-grabbing performers, and this strange, cool performer person keeps leaking in all their film acting because they are unable to differentiate anymore. It’s not easy to stay sane once you start viewing yourself as a property.” A few months ago, I asked on Twitter if there was any other film industry where leading actors hawked baniyans. The question generated heated response. Abhishek Bachchan tweeted back that commercials were, in fact, an alternate way of exploring the craft. Actors also maintain that endorsements give them the freedom to be selective about roles. They don’t have to do bad films because ads pay the bills. All of which might be true, but constant exposure makes the magical mundane. It is difficult to retain an aura of mystery while selling colas and fairness creams.

I also wonder: does branding doom an actor to wholesomeness? In 1993, Shah Rukh broke into the big league with two back-to-back blockbusters: Darr and Baazigar. Both featured him as an unhinged murderer. In fact, in Baazigar, his character smiles and throws his girlfriend off a high-rise building. Years later, he said that doing these roles, which many leading actors had previously rejected, was his “first creative thought”.

Can Shah Rukh toss his heroine to death with as much ease today? Can one of Bollywood’s most iconic brands get seriously nasty without alienating his legions of admirers and advertisers? If Ranbir Kapoor, anointed ‘superstar-in-waiting’, played a serial killer, would the sales of Pepsi, which he endorses with such gusto, fall? Do these fears play on an artiste’s mind as he picks roles? Are actors afraid to contradict their brands?

These issues don’t get much airtime as stars continue to enjoy a surge of power, money and positioning. The actor has taken a backseat. The brand is all.