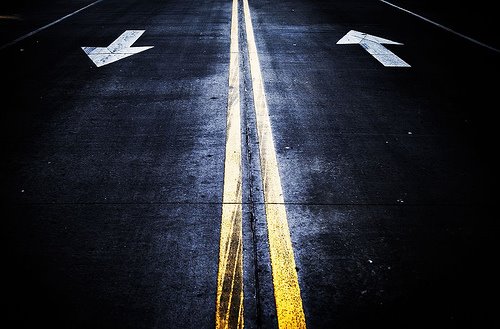 
Last week I received a very touching email from a reader of this column. R is 21, studies in a Delhi col­lege and wants to become a writer. She has also recently come out of a relationship that lasted most of her college years and she can’t wait to experiment with her single self. And apparently, I’m giving her the courage she needs to give in to her wild side. I was with a childhood friend when her email arrived. This is a girl I have been friends with for 22 years. She is someone who knows all my boudoir stories. While I was pleased by R’s email, my friend had a slightly different take on it. According to her, I owe R some of the stories of experiments gone wrong… Of mistakes that weren’t worth the price and of doing things before their time. While writing this column, I realised how much easier it was to talk about the good parts and gloss over memories I’d rather forget… Like this one, for instance:

The year was 2005 and I was a single straight girl in love with a single straight boy. Why am I underlining we were straight? Because those were the dark noughties when every time you turned around, you saw someone tumbling out of the closet. Five months into the relationship, I decided to confess my one and only dirty secret to him. So one night, after my straight ex and I were puffing on a post-co­ital joint, with feigned nonchalance I announced, “So there was this week in Goa last year when I may have, sort of, kind of had The Oral Sex with a girl.”

It was my pathetic attempt at equalling his cool quo­tient. He was an LSE frat boy and I was an unpaid intern at an unpopular city newspaper. That week in Goa was my only hope of redistributing some of the balance of power in our relationship. With unfeigned nonchalance, he said, “Oh yeah? Cool. I guess it is a phase we all go through. Last month we got really drunk and made out.” By ‘we’ he meant him and his three flatmates and ‘made out’ meant blew each other.

Every magazine worth its money had informed me that men loved chicks who were into other chicks. But was this supposed to be a two-way street? I was too young to know the rules that weren’t written in black and white. Was he expecting enthusiasm? Applause? Acceptance?

For two weeks I wondered what to do. Finally, I decided to just ask. “Are you…bisexual?”

“I don’t think so. It was one of those things that just hap­pened… I think.”

A week later, he returned to London. I had decided I was going to be one of those cool girlfriends who braved the strangest odds to find love and togetherness, the kind that got written about in the magazines I read. I was 18, inse­cure and dying to please my boyfriend. Basically, I was the classic recipe for a relationship disaster.

He was back three months later, and I couldn’t wait to play the part I had written for myself. He looked wary when I pulled out my proud purchase, but decided to play along anyway. Confident in my research, I did exactly what I had seen in the videos. Halfway in, he started gasp­ing. It took me a couple of minutes to realise they weren’t his sex sounds, they were the sounds of a woman in la­bour. I froze. When he caught his breath, he asked me to take it out. Slowly. He spent a long time in the bathroom after. I didn’t have the courage to ask him if he was okay.

Obviously, that was the end of that relationship. Luck- ily for us, we got away with everything but our egos in­tact. But I know in retrospect that it was a stupid and dan­gerous game to play. What I’m trying to say to R is, some­times, it is better to know the rules before you play the game—any game.