Ranveer’s Uncertain Future • Oops, He Spilt the Beans • Driven up the Wall 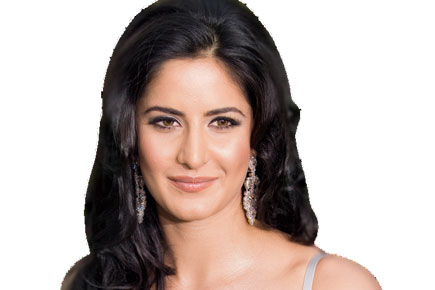 Ranveer’s Uncertain Future • Oops, He Spilt the Beans • Driven up the Wall


Ranveer Singh showed considerable promise in his debut film, 2010’s Band Baaja Baaraat, but after a string of cocky interviews and television appearances (nobody’s forgotten that episode of Koffee With Karan), and the disappointing box-office performance of last year’s Ladies vs Ricky Bahl, the trade seems to have cooled off on the young star.

His next release will be Udaan director Vikramaditya Motwane’s love story, Lootera, co-starring Sonakshi Sinha, but that film’s release date is yet to be locked. The film first shifted from its original schedule when Ranveer injured his foot while shooting for Motwane in Kashmir. Then Sonakshi’s dates reportedly clashed with her ‘bigger’ projects, and Motwane is believed to have graciously let her finish those commitments before returning to his film. Now it

is learnt that principal photography on Lootera is finished, but the director will spend months in post-production, adding fake snow to scenes that were originally meant to be filmed in winter, but had to be shot later because of all the schedule changes.

With Ayan Mukherjee having announced recently that he’s bringing his Ranbir Kapoor starrer Yeh Jawani Hai Deewani to movie screens on 29 March 2013—also the original intended release date for Lootera—Motwane was reportedly thinking of moving his film down a few weeks. But with Sajid Khan last week also staking claim to 29 March for his Himmatwala remake with Ajay Devgn, it seems inevitable that Lootera will move.

Meanwhile, Ranveer is expected to begin filming Sanjay Leela Bhansali’s Ram Leela next—as soon as the filmmaker makes up his mind about who he wants to cast opposite the Band Baaja Baaraat star. There’s still no clarity on whether Bhansali will go with Deepika Padukone, who he signed on for the film recently, or Kareena Kapoor, who’s apparently urging him to give her back the role she left a few weeks ago.

Oops, He Spilt the Beans

In an interview I did with Salman Khan and Katrina Kaif last week, the brawny star let it slip that he’d advised his then girlfriend not to turn down Kabir Khan’s New York a few years ago, although she’d been nursing a grudge against John Abraham. Salman revealed that Katrina hadn’t forgiven John for getting her dropped from Mukesh Bhatt’s Saaya some years ago because she couldn’t speak Hindi.

Katrina nodded embarrassedly during the interview, clearly not thrilled that Salman had made this information public. Many in Bollywood believe this was the reason Salman didn’t quite take to John when they travelled together to the US and Canada as part of the same stage show troupe, along with Mallika Sherawat and Shahid Kapoor. The two men also famously didn’t see eye to eye while jointly promoting Nikhil Advani’s Salaam-e-Ishq, in which both starred but had no scenes together.

Ironic then that after the cold war both men waged against each other for years, Katrina and John were linked romantically during the shooting of New York in the US, a rumour both hotly denied.

Driven up the Wall

Representatives of a leading time-wear brand were reportedly horrified last week when they received a bill for fees they were asked to pay the staff of their superstar ambassador following a promotional event he participated in at a five-star hotel barely a stone’s throw away from his home. Among other things, they were expected to cough up Rs 8,000 as ‘Driver’s Charges’, a fee they balked at.

When they complained to the actor’s staff that Rs 8,000 seemed like an unreasonable sum for chauffeuring the star such a short distance, they were allegedly told they could take up any issue they had with the actor himself. Recognising the fact that they were being exploited by his staff, who were well aware they would never approach their boss to save a few thousand rupees, the brand representatives paid up the full amount.

But they’ve been grumbling to anyone who’s willing to listen that this isn’t the first time the actor’s staff has tried to swindle them ruthlessly. On a previous occasion, when the star participated in an ad shoot for the brand, organised at his own home, they were slapped with a fat bill—including an amount allocated to ‘Driver’s Charges’. On pointing out to the star’s manager that the shoot was conducted right on the actor’s personal premises, and hence there was no question of the star being driven around on account of the brand, those charges were reluctantly knocked off the bill.