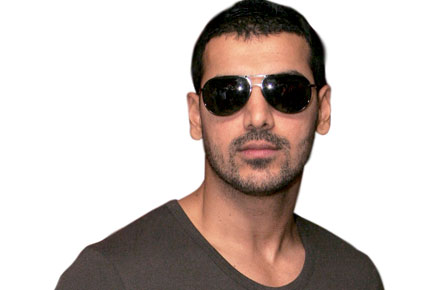 
After announcements in tabloids a few months ago that Anil Kapoor’s son Harshvardhan would appear in a short film opposite Isabelle Kaif, sister of Jab Tak Hai Jaan star Katrina, there has been no further talk of this project. Now it seems Anil’s 22-year-old sprog may have signed his debut feature film.

Harsh, whose cinematic sensibilities are reportedly very different from that of his father, or his sister Sonam, has been a devoted fan of Kashyap’s films, and regards Udaan as one of his favourite films in recent years.

Motwane once told me the kid almost missed his flight to Los Angeles because he couldn’t stop discussing Udaan with him after attending a trial show the director had invited him to. “His staff was nervous; he had to fly back that night because he was on break from university, and here he was deeply engrossed in a discussion on this film that he’d just watched. His parents kept calling to make sure he wasn’t going to miss the flight,” he said.

The director, who is currently putting final touches to Lootera, the romantic film he’s finished directing with Ranveer Singh and Sonakshi Sinha, won’t confirm or deny the news of this superhero film or of Harsh being in it. But enough sources close to its production team insist that the project is being hotly discussed.

John Abraham has reportedly lost some fans in the makers of his recent film I, Me Aur Main. When the film opened a few weeks ago—to mostly insipid reviews and dismal collections—the actor said he wasn’t surprised by the film’s performance, blamed some of its failure on poor marketing and the rest on bad decisions on the part of his producers. To ditch a sinking ship is never viewed well, least of all in Bollywood. No wonder there’s been a stony silence from the film’s director, producers and the studio, who have decided not to react to his unnecessary finger-pointing.

They may choose to lie low publicly, but it turns out they can play the blame game just as well. Sources within the unit reveal that the actor was just as responsible for the mess the movie turned into. John, they say, insisted on ‘repairing’ the film after he watched a “very early rough cut” that “totally freaked him out”. He reportedly brought in Vicky Donor screenwriter Juhi Chaturvedi as a consultant on the project to bang out “four or five” new scenes, for which he allegedly asked the studio to shell out Rs 20 lakh. With this one step alone, he upset the film’s original writer, who reportedly felt her work was being undermined, as also the producers, whose turf he was trespassing on, and the studio, which was forced to make an additional investment in the project.

If they’re doubly mad now, it’s because he’s continuing to hoist them over the coals for the film’s failure, despite grabbing control of the movie midway through its making, and taking crucial decisions himself.

The ‘Boss Lady’ and her Unhappy Crew

A powerful female producer in Bollywood is currently exercising her clout on a project she’s funded and is scheduled to distribute shortly. According to the Bollywood grapevine, the famously opinionated ‘boss lady’ was less than thrilled when she saw the final edit of a movie she has co-produced in partnership with a respected filmmaker, and promptly demanded that some portions be re-shot and a few new scenes be added. Her mild-mannered partner producer is reportedly displeased with her interference, but realises he cannot protest since she coughed up the money for the film.

Although only weeks away from release, the film is back on the sets, with the changes in Madame Producer’s extensive and detailed notes being incorporated by a largely unhappy crew. Insisting that she understands this genre “better than most others in the industry”, the producer has asked the team to trust her instincts and go with her plan.

Doesn’t sound completely unreasonable, you might say. But think about this: she has allegedly asked the cast and crew to drop whatever they’re doing and return for reshoots, but she’s offering them no additional compensation for their time or effort.