Picking up the Pieces

Parental Seal of Approval • The Meter’s Down 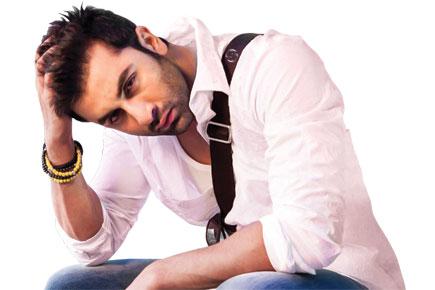 Parental Seal of Approval • The Meter’s Down

Just a little over a fortnight since they staged that balcony kiss to shut up nosey tabloids that had aired suspicions that there was trouble in their relationship, it appears that Ranbir Kapoor and Katrina Kaif may have indeed split. It’s what all the gossip rags are currently obsessed with, although neither actor has confirmed or denied the story. Everyone seems to be reporting that Ranbir has left the home he was sharing with Katrina until recently and has moved back with his parents. There is one narrative that inevitably involves Salman Khan. According to that version, Katrina had a two- hour face-to-face with her ex before calling it quits with RK.

Kat, who’s been promoting her new film Fitoor for the last few weeks, has been unable to evade the break-up question, which expectedly came up everywhere—at press conferences, at the Mumbai marathon’s flag-off, and during one-on-one interviews with journos. Commendably, she kept her calm on each occasion, at the most saying that she believes it’s best not to discuss one’s personal life publicly. Last weekend she attended her Mere Brother Ki Dulhan director and good friend Ali Abbas Zafar’s birthday party, where she ran into Salman who was also a guest. Naturally the paparazzi went into overdrive trying to snap the exes together. A new, but only-too- predictable narrative also emerged from the incident… that Katrina was ‘re-befriending’ Salman, and was rubbing Ranbir’s face in it. As if on cue, it is being reported that she will appear on the Bigg Boss finale, hosted by Salman, to plug her new film.

Some have pointed in the direction of Ranbir’s family, holding his mother Neetu Singh specifically responsible for trouble in the couple’s relationship. Previously RK’s mum was accused of cropping out Katrina from a family picture that she posted on Instagram. Most recently, gossipmongers are saying Neetu didn’t attend the Kapoor family’s annual Christmas lunch to show her disapproval of Ranbir’s bringing Katrina along to the gathering.

Ranbir himself has kept a low profile since the break-up stories surfaced, reportedly joining his cousin Armaan Jain one afternoon for a game of rugby at the Bombay Gymkhana, away from the prying paparazzi. His father Rishi Kapoor reportedly barked at pesky journalists who dared to call him up seeking a response to the rumours. Whatever be the truth of the matter, the most difficult part may be yet to come. The actors have substantial shooting left for Jagga Jasoos, the film they’re starring in together, which Ranbir is also co-producing with director Anurag Basu. The next schedule of the film is expected to take place in Morocco, followed by the final leg of production in Kenya.

Will Ranbir and Katrina be able to resolve their issues and get back as a couple before they commence filming? Or, like Shahid and Kareena who put their personal differences aside and finished the last schedule of Jab We Met after splitting up, will they just behave like seasoned professionals for the sake of the film? We’ll know soon.

Meanwhile, everybody’s favourite ‘other couple’ Ranveer Singh and Deepika Padukone were snapped making an entry together to Karan Johar’s house party this past weekend, with DP’s younger sister Anisha in tow. The couple didn’t seem to care that the paparazzi had staked out at Karan’s building and had managed to train their lenses on them in the car. Ranveer even waved out sportingly to the excited photographers. Only days ago, at the Filmfare Awards where both picked up top honours—Ranveer bagged Best Actor for Bajirao Mastani, Deepika took Best Actress for Piku—we got evidence that their relationship is ‘parents approved’. Moments after getting off the stage with his trophy, Ranveer was spotted touching the feet of Deepika’s parents as a mark of respect. The previous day she’d said in an interview that she considered Ranveer’s parents like her own; that they were like her family in a city where she lives alone.

One of Bollywood’s popular leading ladies appears to have rekindled an old flame. The actress is reportedly dating an ex-boyfriend whom she broke up with acrimoniously a few years ago. It appears that the pair is giving their relationship another shot. According to insiders, she wants to take it slow. So they usually go out with common friends instead of romantic candlelit dinners. But his friends say she needs to commit quickly if she expects him to stay interested: “He’s dated more than half a dozen actresses in the past and the meter’s running.”