Offspring in the Wings 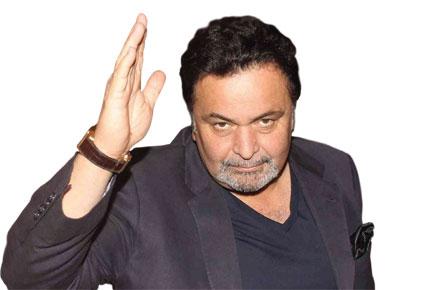 Film industry insiders are currently talking about Saif Ali Khan’s daughter Sara, who is grooming herself for an acting career. The 22-year-old Columbia graduate returned to India and decided she was a chip off the old block, after all. The young lady has reportedly lost 40 kg over the last year, putting herself through gruelling workouts and punishing diets.

Four years ago, when she appeared on the cover of Hello! magazine with mum Amrita Singh, both draped in Abu Jani- Sandeep Khosla fabrics, the industry took it as a sign that Sara was testing the waters. More recently she is believed to have walked the ramp at a private fashion show held at the home of one of India’s most prominent industrialists. Eye- witnesses say she looked radiant and confident, basking in her transformative weight loss, and clearly sending out the message that she was ready for her moment in the spotlight.

Meanwhile, Shah Rukh Khan’s 18-year-old son Aryan, whom Karan Johar jokingly revealed he will inevitably launch when the time is right, is reportedly heading off to UCLA to pursue higher studies. The star kid (who got solid grades at school, apparently) will be gone four years, and sources close to his parents say he isn’t even thinking about acting right now. But it must be comforting to know that you’ve got Plan B waiting for you in case academics doesn’t rock your boat.

When Rishi Kapoor last week left the trailer release event of his new film Kapoor & Sons even before the team was called up on stage, rumours began circulating that the senior star had staged an angry walkout. After all, Chintuji had happily posed for photographs on his way up to the auditorium… and left literally moments after the trailer was played on screen for the press in attendance. Conspiracy theorists quickly jumped to the conclusion that RK wasn’t thrilled with the trailer, and was upset that Fawad Khan, Sidharth Malhotra, and Alia Bhatt featured more prominently in it than him.

The truth, as it turns out, is anything but. Apparently the actor’s mother, Krishna Raj Kapoor, has been facing health issues related to her age, and had been admitted to Mumbai’s Breach Candy Hospital that week. RK reportedly received a call at the event—while the trailer was being played, specifically—that his mum’s condition was critical, and decided to rush immediately, leading to all the stories.

Incidentally, RK has admitted previously that he shared a particularly combative relationship with the film’s director Shakun Batra during production in Coonoor. The actor has said he found it exhausting to do multiple takes for every scene so Batra could capture it from different perspectives, especially since his face was covered in prosthetics make up. When I asked if he’d work with Batra again, RK told me cheekily, “Definitely. And I’d probably be just as difficult the next time around.”

Fashion stylists at top magazines have had it with this pretty B-lister, who tends to ‘accidentally’ make off with shoot material after long working days. In the past, she’s reportedly nicked a bathrobe from the five-star hotel suite that had been booked for her to change and relax during a magazine shoot. When hotel authorities brought it to the attention of the stylist, she was too embarrassed to confront the actress, and ended up getting the magazine to pay for the robe.

This time, however, the incident could not be quashed. While packing up after an elaborate shoot with the petite lady recently, a stylist discovered that a precious pair of earrings had gone missing. When the baubles were nowhere to be found, the stylist called the star’s manager, who, after checking with the actress, insisted that her client had no idea about the missing jewellery. The desperate stylist played it cool, taking the manager’s word for it, but also adding that she’d have to request the hotel for CCTV footage to identify where the lapse had occurred.

Hours later she received a call from the actress’ manager saying the star had found the earrings in her bag. “Her staff might have absent-mindedly packed it, thinking it belonged to her,” the manager explained. At the time of writing this, the jewellery had not yet been returned to the stylist. The manager had said the actress was travelling, and that she’d return the earrings the moment she was back in town.