Nothing Unnatural About It. Period. 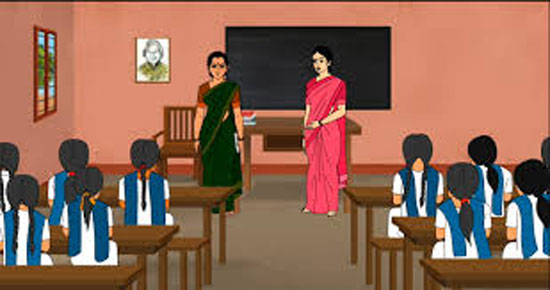 An informal sort of poll with friends around the practices that they were made to follow and reasons given to them for doing so resulted in these answers: “You’re impure”. “Puja dates in my home are decided based on my period date”. “I don’t touch anything related to God during those days. It’s ingrained in me.” “My grandmother insisted on some practices, but I never followed them, and then she gave up because I refused to listen.” “I try talking to my sister-in-law to come out of these notions, but she only says ‘my mother says this is wrong’. I’ve given up”.

Sure, there are contrasting views. But more than practices that people are made to follow it’s the conversations around menstruation and menstrual hygiene that need to be addressed. So it’s a pleasant surprise to discover people and organisations working towards educating people. Menstrupedia, Mythri, Eco Femme and Airplane Poetry Movement are some initiatives that are attempting to make such conversations mainstream.

Ahmedabad-based Aditi Gupta and Tuhin Paul are the brains behind Menstrupedia, a beautifully illustrated and friendly, easy-to-read comic informing people about menstrual hygiene and hygiene in general. The main characters are predictably female, with a young doctor Priya, her younger sister Pinki and her friends. In an email, Gupta says how the number of visitors to the website has shot up from just 900 in 2012 to over a million currently. ‘The Menstrupedia comic prototype and now the book have been used to educate more than 1,000 girls in five different states in North India,’ she writes. The first chapter of this book is available for free (you can read it on their website) and charts how a young girl gets her first period at her friend’s home and how the doctor sister tells her it’s nothing to be afraid of. For a change, the blood shown was not blue, as is widely shown in every sanitary napkin ad you’ve ever seen. The website also has a series of blogs whereby people talk and discuss their experiences while growing up.

Sinu Joseph of Mythri says, “The messaging in sanitary napkin advertisements is terrible, which is that menstruation is a terrible thing that will happen to you, and we will tell you how to hide it, so that you never have to experience it! Menstruation is not a disease or something to be tolerated. It is a beautiful gift to women which will help her remain healthy and in tune with her body.” Joseph heads Mythri (Sanskrit for friend), which imparts awareness on menstrual hygiene for adolescent girls. The 22-minute animation on the website talks about the hesitance and doubts that usually come to a young girl who has just got her first period. Available in Kannada, Hindi, English and Odiya it’s an awareness video that succeeds in dispelling niggling doubts you may have had yourself.

Some interesting work is being done in this field by the Airplane Poetry Movement, which through its series ‘Menstruation Diaries’ offers a platform for spoken word poetry. Here, young women upload their thoughts on menstruation. It’s refreshing to see women asserting themselves in such a way, which was probably not thought of until a couple of years ago. Shantanu Anand, a fifth year law student at Pune’s ILS, along with fellow mate Nandini Varma started APM last December in association with Campus Diaries. In a phone conversation from Pune he says the reason behind starting Menstruation Diaries was because “we felt we had to talk about it now”. He has not included terms like ‘Oh she’s just PMS-ing.’ “I realised it was insulting. And all I knew about menstruation was from biology books, which wasn’t much. These performances have humanised a subject that has hitherto been abstract for men,” he confesses.

However, another aspect is the absence of men from these conversations. “There’s nothing wrong in talking to men about it or including them in the conversation. I have done sessions for men as well, but you need to understand that a young girl, who has just attained puberty, will simply not be comfortable talking about it in front of the boys. In fact, even when I have had combined sessions for adult women and men, the women would be absolutely silent and it was the men who would dominate and talk!” Mythri was the result of a direct translation of Joseph and her team’s experiences in interacting with over 5,000 adolescent girls across government schools in Karnataka. The need to reach out to a larger audience and an easier way of communication led to the making of the film.

Dasra is a Mumbai-based philanthropy foundation that works with ‘philanthropists and social entrepreneurs to create large scale social change’. It recently came out with its first report, which focused on the issues of adolescent girls, women and children. One of the main findings included that 88% women don’t have access to sanitary napkins. They continue to use old rags and pieces of cloth or socks with sand. “There continue to remain superstitions too, such as being restricted to living in a shed outside the house,” says Rashmita Redkar, who works with Dasra as an analyst in their advisory research team. However, she also mentioned that one of the biggest findings was that one doesn’t need to use disposable napkins all the time. Even using a clean cloth, washing it and drying it properly (in direct sunlight) would work. When asked about sanitary napkin advertisements Redkar says they continue to be largely aspirational, in how you can wear white pants and run around in the garden. “What would help, however, would be if these ads created and promoted awareness,” she says. She does mention Whisper’s ‘Touch the Pickle’ campaign and Stayfree’s Women for Change initiative, through which the company was promoting testing for anaemia; as ads that could serve as good examples.

In the sunny environs of Auroville lies an organisation that’s doing some great work in this field. Eco Femme not only distributes washable cloth pads, but also conducts regular educational seminars for women on personal hygiene. Over a phone conversation, Eco Femme members Ilana Cohen and Harishini Mugundan talk candidly about their experiences in the seminars. “Initially, they’re shy, which is reflected in their silence or giggles. However, after about 15 minutes into the session, they seem to become comfortable and started asking questions.” The fact that there are questions shows that women are talking about menstruation. Their questions range from the female and male anatomy to explanations of the practices they’re asked to follow at home. Eco Femme conducts education and evaluation sessions, which they say have revealed that girls do talk to their mothers about menstrual hygiene. That certainly, is a positive change. Incidentally, Dasra is working with Eco Femme to create large scale social change through their Pad for Pad scheme.

As people move toward a new day, a new age, hopefully a perfectly normal, biological process will stop being something to be ashamed of. It will take some time, but the conversations have begun. For chapter two, it’s over to you.