Not SRK Again • Too Much Sonakshi • The Cheap Traveller 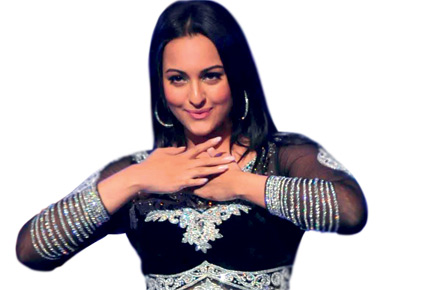 Not SRK Again • Too Much Sonakshi • The Cheap Traveller


The dismal box-office performance of Ra.One notwithstanding, Shah Rukh Khan remains one of the country’s most popular stars. But Bollywood understands that there is such a thing as too much exposure. That’s exactly what Don 2 producer Ritesh Sidhwani was allegedly told by his co-producers, Reliance Entertainment, when he pitched the idea of organising a music release event for his film.

On being told that Shah Rukh would be the media magnet and big draw at the music event, top bosses at Reliance are believed to have nixed Sidhwani’s idea of hosting such a do. It was explained to him firmly but politely that the audience and media needed a breather from Shah Rukh Khan after his overkill campaign for Ra.One, which is still fresh in people’s minds. They proposed using Shah Rukh to promote the film only in the last week leading up to its theatrical release.

Sidhwani was reportedly surprised by Reliance’s stand, but the producing partners have now arrived at a compromise. The music release event has indeed been nixed, but they have involved Shah Rukh in the film’s publicity campaign already.

Unitwalas working on director Shirish Kunder’s sci-fi 3D film Joker reveal that leading lady Sonakshi Sinha put on so much weight during the film’s year-long making that the director had no choice but to drop her from a sexy dance number he had intended to film on her. Chitrangda Singh was quickly roped in to perform the item song instead of Sonakshi, and assistants say the dusky actress has pulled off the dance number competently under the baton of Farah Khan, who choreographed it for her husband’s film.

An insider, however, explains that it wasn’t just Sonakshi’s increasing waistline that cost her the song, but also her attitude. The actress was reportedly uncomfortable with the racy lyrics of the track, and got her mother Poonam Sinha to check if the director might consider changing them. Convinced that they had a killer track on their hands, Shirish and Farah decided they weren’t willing to lose the song, and chose instead to turn it into an item number with another actress dancing to it.

The film, which wrapped shooting last week, is slated for release in August 2012, after extensive post-production and special effects work is completed. Assistants on the set have been joking that special effects might be required to hide all the extra weight Sonakshi’s flaunting in the movie. Might not be a pleasant sight in 3D, they’ve been saying.

A reasonably popular film festival for Indian cinema in New York invited a well-known actor-filmmaker to attend the screening of an art house film he’d starred in that was yet to be theatrically released in India. The actor-director accepted the invitation, which included first-class airfare from Mumbai to New York, and also requested an invitation each for his father and stepmother, both leading film personalities, who he said were keen to accompany him to the festival.

The festival director, a close friend of the actor’s stepmother, happily offered first-class air-tickets and five-star hotel stay to all three. She was very happy to have them grace the festival, she insisted. The actor confirmed that he would participate in a Q&A session with the audience after the film screening, and his stepmother consented to participating in a masterclass session the following day.

When she confronted the stepmother, the festival director was reportedly told rather dismissively, “Come on, do your kids listen to you all the time?”