Five films that will make you wish your rescue team doesn’t arrive too soon. Or, at all 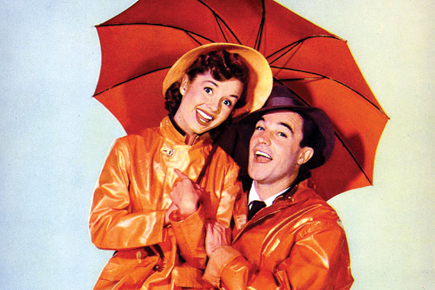 Five films that will make you wish that your rescue team doesn’t arrive too soon. Or, at all


It’s that same old question that I was asked by a friend the other day: which five films will you want to have with you if you were stranded on a desert island? Of course, you would also have to have a DVD player and a power socket, but let’s not quibble. This sort of issue, however old, is always good for a jolly debate, so my friend and I had one. He is a serious sort of fellow, the type who hasn’t heard of Jet Li and hasn’t seen a James Bond movie since he was 18, so his list tended to be, well, a bit skewed towards countries where you don’t even know they make films. I am a simple man, and my list is simple. (Do keep in mind that the following five films may not be the best films I’ve ever seen. They have been selected for a desert island, where repeated viewing of Citizen Kane or Amores Perros may not be such a pleasant activity.)

Without a moment’s hesitation, I would pick Singin’ in the Rain, that delightful musical starring Gene Kelly and Debbie Reynolds. If you are about to jump from a tall building because the world makes no sense anymore, then just wait two hours and watch Singin’. I guarantee you will be a cheerful chap again. Someone who can watch Kelly dancin’ in the rain with an umbrella as his only prop without breaking into a smile will possibly be a serial killer one day. It’s the most endearing and happy film I have ever seen, and you can watch it dozens of times without ever being bored. Trust me. I’ve done it.

Another happy film, Matilda, based on Roald Dahl’s marvellous children’s novel about a gifted child born to completely boorish parents. She allies with the angelic Miss Honey, outwits her sadistic headmistress Miss Trunchbull and gets rid of her parents too. You cheer at all the just comeuppances all the bad people get, and how the good win, because they are good and they are brave and clever. Should serve as a bit of an antidote to the unfairness of being stranded on an island on your own.

I love John Travolta. However trashy the film, if it has Travolta in it, I am willing to watch it. Be Cool is my personal Travolta favourite. Hilarious, thrilling, complicated, great music, and Travolta and Uma Thurman dancing together again, in a scene that’s a tribute to Pulp Fiction.

Be Cool boasts a huge and weird ensemble cast: Vince Vaughn is a white Jewish man who believes he is Black, The Rock plays a muscleman who is obviously gay but doesn’t know it, Cedric the Entertainer plays a Harvard MBA who is a music producer and gangster. Add to that a gang of thoroughly incompetent Russian criminals, and it’s just totally cool.

Okay, before I get classified as some popcorn-chomping front-row dimwit, let me add Steven Soderbergh’s Traffic: four interlinked stories looking at the drug trade from every angle—trafficking, enforcement (both at policy level and ground level), and addiction. Deeply thought-provoking, and disturbing and satisfying in equal parts, it’s masterly cinema, with each storyline having its own theme colours and photographic style. Soderbergh makes too many films these days, lazy and self-indulgent ones, but Traffic will be remembered as his pinnacle. Traffic makes you think.

And the last one, a film from Russia, Andrei Tarkovsky’s The Stalker. At the centre of a heavily-guarded uninhabited area called The Zone is a house where if you make your deepest wish, it comes true. But be warned: what you think is your deepest wish may not actually be so. The house judges what it is.

A few special men, called stalkers, are the only ones who can guide you inside The Zone. They throw stones in random directions and follow them. To be a stalker, you have to be above all desire. A poet and a scientist hire a stalker to sneak them into The Zone. The film is their journey.

It’s a beautiful film, but even after having seen it several times over the years, I am still unable to figure it out. But now, on the desert island, I’ll have enough time on my hands to deconstruct the semiotics of The Stalker. This time I mean business. I will crack the sucker.

Meanwhile, while I struggle with The Stalker, how about telling us what your desert island films are? We’ll be delighted to know. Please write in to sandipan@openmedianetwork.in.