Deepika Padukone, who famously hooked up with Ranbir Kapoor, knows a thing or two about on-location romances and probably wants to keep an eye on Ranveer to make sure the exes don't rekindle their spark. 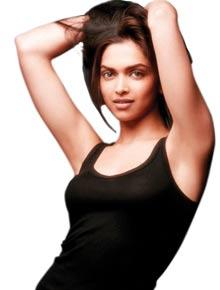 Deepika Padukone, who famously hooked up with Ranbir Kapoor, knows a thing or two about on-location romances and probably wants to keep an eye on Ranveer to make sure the exes don't rekindle their spark.

It’s hardly any secret that Deepika Padukone is visiting her beau Ranveer Singh in Europe, where he’s filming Zoya Akhtar’s Dil Dhadakne Do. The actress even posed for pictures with fans who spotted her out and about in Capri, shopping or just taking in the local sights and sounds. Still, unit members on the set have reportedly been told not to take pictures with DP and have been specifically asked not to post them on social networking sites. A production assistant who apparently uploaded a picture with Deepika on Instagram was asked to immediately take it down when the photograph went viral, and began showing up on celeb gossip blogs earlier this week. Too late unfortunately!

Turns out Deepika has no problem being spotted traipsing around Italy and Spain, but doesn’t want to be filmed on the set, thereby directly linking her to Ranveer. Those wondering why Bollywood’s busiest and most successful female star would follow her boyfriend around on a shoot might do well to remember that Zoya’s film also stars a certain Miss Anushka Sharma who, in case you’ve forgotten, happens to be Ranveer’s former flame.

Deepika, who famously hooked up with Ranbir Kapoor while they were shooting for Bachna Ae Haseeno in Australia, knows a thing or two about on-location romances—and probably wants to keep an eye on Ranveer to make sure the exes don’t rekindle their spark. But turns out Anushka’s own boyfriend, cricketer Virat Kohli, joined her when the unit arrived to film in Barcelona. That’s one too many nervous partners on a film set… no wonder buzz is that Zoya and her producers aren’t thrilled with all the ‘guests’ showing up, and wish their cast would just focus on filming.

Anything in the Name of PR

Camp Hrithik Roshan is in overdrive mode. Possibly to deflect attention from his imminent divorce and personal crises, the actor’s PR machinery made sure a battery of photographers were present outside a Mumbai hotspot where the actor and his family was dining with The Fast and The Furious director Rob Cohen recently.

But when asked if there might be a collaboration in the works, the star’s father, filmmaker Rakesh Roshan, has said nothing of the sort is true. Roshan Sr has revealed that Hrithik and Rob got to know each other when his son was filming Kites in Los Angeles some years ago. Cohen and Hrithik also have a common friend in Rush Hour director Brett Ratner, who cut an international version of Kites for the American market—which sadly sank without so much as a trace.

While Cohen was in town, Hrithik reportedly showed him a few action scenes of his still-in-production Bang Bang, itself a remake of the Tom Cruise dud Knight and Day.

A much married actress and former beauty queen who’s more or less retired from the screen is not surprised by another actress’ recent allegations that she was verbally and physically abused by her ex, an industrialist scion. The former beauty queen, now happily married and a mother, once dated the same wealthy big shot and reportedly endured similar temper tantrums during their tumultuous relationship.

Her friends have revealed that she had a harder time with said industrialist because she was only starting out in her career at the time. On one occasion, he allegedly locked her up in their love pad and left her with limited food supplies, not returning to release her for a few days. Years after they’d broken up, when his company used her photograph to promote a beauty pageant they’d organised, the actress—spotting an opportunity to get back at her ex—reportedly sent a legal notice to the company asking them to refrain from exploiting her image without her consent.

Although there’s no love lost between both ladies, the former beauty queen has told friends she’s happy that the actress has exposed the industrialist’s abusive and high-handed ways.

Meanwhile, a third actress and former model is also cheering as the big shot gets his just desserts. The model apparently had a fling with the gentleman recently, while she was engaged. She was subsequently dumped by her fiancé when he discovered she was fooling around with said Richie Rich. The big shot, however, did not want to make a serious thing of their relationship when she went to him after being dumped, revealing that he was already committed to an Italian heiress he’d been introduced to by a family member.