Learning Not to Settle

Sometimes, to kick someone out of your life, it takes an unforgiveable transgression 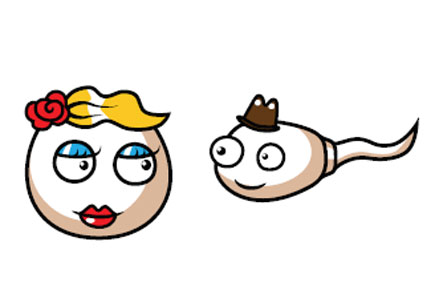 Sometimes, to kick someone out of your life, it takes an unforgiveable transgression

Last week, I met a friend who’s dating a jerk. She’s a doctor; well-spoken, well-educated and with a handwriting that’s actually readable—you don’t have to pray that the chemist doesn’t mistake a crucial ‘u’ for an ‘n’ and plies you with a month’s supply of Viagra pills instead of oral contraceptives. He? He’s the sperm that swam the fastest. When they started dating, we (her close friends) smiled bored dismissive smiles and wagered money on how soon she’d lose him. Since this was right after things had ended with the man I will forever think of as the biggest mistake of my life, I had been anointed the group’s in-house expert on dating degenerate losers. And my expert opinion was that Fastest Sperm would last two months. This was just a little under a year ago. Over the past one year, each time I’ve met my friend she’s gone away thinking she’s ‘definitely breaking up with him tonight’. I’d wait for her to call and tell me that the deed was finally done, but the call would never come. Somehow, inexplicably, he’d find a way to convince her to give it just one last shot.

When I was studying economics in college, we were taught a very interesting concept: value addition. It references ‘the amount by which the value of an article is increased at each stage of its production, exclusive of initial costs.’ The idea is to create a perceived added value in the minds of your consumers, just enough to keep them from taking their business elsewhere, fleeing shoddy customer service. Some relationships function exactly that way. And some partners wouldn’t have to work a day for the rest of their lives if they were to charge VAT. This is precisely the kind of relationship that my friend is—and I was—in.

At each step along the assembly line of our relationships, they’d add just enough to keep us there. “I can’t do this anymore,” I remember saying to him after coming back from a vacation to think things through. “Sorry. But I think I want something else.” Over time, he’d gotten really good at sensing when these talks were coming. And there was always a ready plan to sweep me off my feet again and confuse me. Thoughtfully planned dates, flawlessly executed. When even that wouldn’t make me break a smile, the words would follow. “I’m going to fight for you and for us. I love you.” I remember reading such messages multiple times a day, and feeling like shit for wanting out. At night, he’d pull me into him and make me believe. And I’d second guess myself. The red flags were still there, but like a fool, I was waving my hand at them. ‘Maybe he really is crazy about me,’ I’d think. ‘In his way, not mine.’ Or maybe I really did want to believe that the red flags were really just white flags that had gotten mixed up while doing the laundry.

In retrospect, while there was burning humiliation and hurt that spread like acid when I finally found out that our whole relationship had been a big fat lie, there was also relief. Finally he had done something unforgivable. When someone is wilfully hurtful, you know exactly how to feel. But when the problem is that you need more but the person seems incapable of giving it to you, you start wondering whether there’s a way to be happy with what you already have instead of holding out for what you think you deserve. We often accuse married couples, particularly those who go the arranged marriage way, of making do, compromising and settling for the known devil. But almost everyone I know has made the exact same mistake at some point. It takes having your spirit crushed in the emotional equivalent of a sugarcane grinder—and surviving it—to find the courage to go after what you truly want, whether it’s a person, marriage, a roaring career, a dream car or a lifetime of never having to answer to anyone.

Last week, when I met my friend, she asked me the question I had asked myself so many times in the months leading up to my big relationship explosion. “Am I asking too much?” I wish I could give her an answer, because I know what she’s really asking of me is to decide for her. But I also know that no matter what I say, she’s going to ignore the advice she doesn’t want to hear anyway. The answer has to be hers: “No. I can’t be happy this way. Maybe I would’ve been okay with it two years ago, but not now.”

Or maybe she’ll get lucky like me and Mr Fastest Sperm will do something to make her kick him out of her life.