The mystery of the age-no-bar obsession with dinosaurs 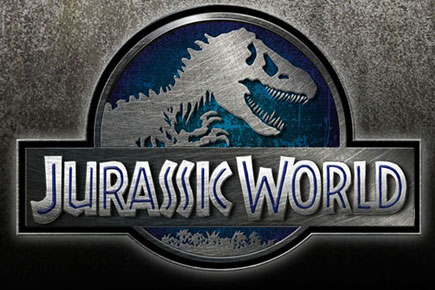 Jurassic World has broken the record for the biggest weekend opening the world has ever seen, and so far it has collected more than half a billion US dollars. What the movie proves conclusively is that children, and you can see them in droves in theatres running the movie, have the stomach for horror movies, provided it is the right kind of horror. How else do you explain the glee with which they partake in the abundance of Jurassic World’s gore—in human beings being relentlessly crushed under giant teeth and their heads crackling under giant jaws in an effusion of blood? This is stuff a parent would usually want to keep his or her five-year-old away from, but for some reason when it comes to dinosaurs it is all quite healthy and acceptable.

Maybe they have some superficial justification that after all these are animals that existed so far in the past that they are more myth than history. Like how we are okay with a child cheering when Ravana’s heads get lopped off at the end of the Ramayana because that is good gore. When it comes to dinosaurs, Hollywood is certainly treating them as myth because Jurassic World is about an animal that is not a dinosaur; a fantasy created by imagination to poke into deeply rooted human emotions. This is also a movie that was already made with a real nasty dinosaur in its first installment as Jurassic Park, but then at least there was the element of surprise. This edition uses the same tricks, the same environment, adds a barely superficial a plot and thinks that is enough… and it is.

Our fascination with dinosaurs stems mainly from one reason—size. There have been millions of extinct species but they weren’t quite as gargantuan. Or at least, even if many of them were, we don’t have enough fossil evidence to recreate their appearance as we do with dinosaurs. Place a mollusc and a dinosaur, both from the Jurassic Age, side by side and you will know immediately which one you would want to see behind the bars of a cage in your city zoo.

The obsession with dinosaurs can take interesting flights of fancy, like the idea that, akin to the movies, we might actually be able to create a dinosaur soon. There are now serious discussions in mainstream media by reputed scientists on whether it is possible. Most write it off and it is an absurd fantasy. Even allowing that science will progress to that level and you can manufacture organisms from strands of DNA, no one would create dinosaurs because the ethics of it will just not be acceptable. Just look at the trouble that a genetically modified version of the brinjal is going through and you know just how impossible the chances for test tube dinosaurs are.

But just the hint of the possible is enough for the making of myths and that is why, despite a lack of novelty, both adults and children from around the world seem to have thoroughly enjoyed Jurassic World. Only a few genres have this crossover, age-no-bar appeal at the box office—superhero flicks, animation movies, fantasies like Harry Potter. Dinosaurs fit snugly along with them because children don’t get nightmares after watching Jurassic World. It’s a curious phenomenon but that is how it is.