In Defence of the Quickie

Who has the time for hour-long sessions anymore? 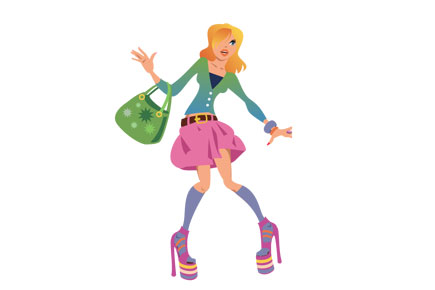 Who has the time for hour-long sessions anymore?


It had been a month of teasing, torturing and craving. The boy and I had discussed changing our travel schedules to meet each other sooner than we’d earlier planned. Staying apart wasn’t easy. I’d be standing in line at Tesco, waiting to pay for my bottles of water, when suddenly, out of nowhere, my body and mind would decide they wanted him. Naturally, each thought and mental image would be texted to him. In ‘I’m-ripping-the-clothes-off-you- right-here-at-the-store’ detail. ‘That’s it, I’m booking my tickets right now,’ would be his agitated response. Then there were days when the sex was slower and more drawn-out. Friends would look at me, concerned, wondering why I was suddenly grinning stupidly. How do you explain a grin that is the result of a ‘When I finally see you again, I’m going to lock us up in a room for a whole day…’? For a man who couldn’t put it in words until a few weeks ago, he was doing fantastically. I’d taught him well.

Our sometimes hurried, sometimes languorous phone sex got me thinking about romantic sex and the quickie. I love romantic sex, of course. The unhurried all-night-long variety where the foreplay goes on and on and on, until one or both of you are screaming for release. And then you go again. And again. And again. The kind that leaves visible reminders on your body. The kind that leaves your limbs aquiver at the thought of what transpired the previous night (or day). The kind that is so good that it makes you want to stop people on the road and tell them about it. The kind that most of us simply don’t have the time for.

Which brings me to the quickie. You’ve got to admit, there’s something distinctly sexy about wandering back into a party, hair dishevelled, dress just a tiny bit creased and a knowing smile on your swollen lips, while he trails you, shirt buttoned crookedly. Or turning up at work seconds before your first meeting for the day, just half an hour after you’ve pushed him against the door and had your wicked way with him.

But as far as relationships go, quickies have always been given a rap on the knuckles for being hurried, emotionless and made-for-male-pleasure. I get it. Growing up, every romantic account of lovemaking I read about occurred in slow-motion. Clothes slid off shoulders painfully slowly, revealing only one tantalising inch at a time. Pages after pages were dedicated to touching and kissing and (if you were lucky enough to land a book with actual mention of oral sex) the pleasuring of the ‘velvet folds’.

Science told us that women need 30 minutes of foreplay to get anywhere near an orgasm (which has always struck me as highly suspect research because, honestly, which woman has ever masturbated for that long?). Naturally, the quick romp in the bed (or the bathroom, elevator, parking lot, sofa, office table—almost anywhere, really) was sidelined as belonging to the realm of strangers doing it in dark alleys and cheap motel-room sex. What Erica Jong called ‘the zipless fuck’. Like I said, I get it.

Or used to, at least.

Because who has the time for hour-long sessions, multiple times a week (forget multiple times a day) anymore? Ever glanced at the alarm clock in the middle of sex and calculated exactly how many hours before it rings? Nothing loses its appeal faster than an extended 69 when every extra minute is one less minute of sleep for spreadsheet-weary eyes. The way I see it, I’d be having much less sex if it weren’t for the quickie. What’s not to love? It lets me get my beauty sleep, doesn’t make me late for work and is an incredible confidence-boost. How can you not believe in your sexiness when all he wants is you at your randiest—without a second’s thought to grooming, waxing and functional underwear?

Last week, the boy and I were finally in the same city again. True to his word, he switched off my phone and locked us in a room for a whole day. We made love till I literally (and I actually do mean literally) passed out in exhaustion. In the days since the grand reunion, there have been more quickies than I can count. There have been at least three your-parents-will-be-here-any-minute quickies, two we’re-late-for-the-movies and four I-can’t-wait-until-later quickies. And I enjoyed each and every one.