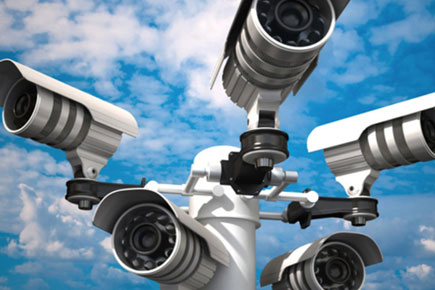 
The PRISM surveillance programme run by the US National Security Agency since 2007 has been collecting communications data across the world on a massive scale. We have only learnt of the extent of the programme after revelations by Edward Snowden, who is now in search of refuge from the wrath of the US.

But even as the US was taking the rather remarkable position that its citizens have some legal protection, and the rest of us across the world were fair game, India’s External Affairs Minister Salman Khurshid, in the wake of US Secretary of State John Kerry’s recent visit to India, chose to dismiss concerns about the programme. “This is not scrutiny and access to actual messages,” said the minister, “It is only a computer study and a computer analysis of patterns of calls.”

Khurshid elaborated, “There are issues that America is looking at. We discussed it during Kerry’s visit. Kerry and Obama have clarified, there is some information that they get out of scrutiny and they use it for terrorism [combating] purposes… It is only a computer study of patterns… It is not snooping.’’

This is a strange position for a government to take. If this is not snooping, and if Khurshid considers it justifiable, then it is possible to suggest several ways in which such metadata could be used to serve the national interest:

CPI leader Gurudas Dasgupta has recently alleged that Petroleum Minister Veerappa Moily has gone out of his way to benefit Mukesh Ambani’s Reliance Industries. Certainly, the decision to double natural gas prices with effect from 1 April 2014 defies logic when the Government has decided to rely on market forces to determine petroleum prices. How about releasing metadata on phone calls made by Moily and his senior bureaucrats, as well as Mukesh Ambani and his senior executives, in the month preceding the decision? If the decision is not, as alleged, a blatant instance of `crony capitalism, then this metadata should clear all doubts. After all, this is not snooping, it is scrutiny.

News reports have suggested that senior IB official Rajendra Kumar, while posted in Gujarat, may have provided tailor-made intelligence inputs to facilitate the alleged murder of Ishrat Jahan and her associates by the Gujarat Police. There are even suggestions that Narendra Modi was in the loop. What could be better than to release metadata on the call details of Rajendra Kumar, Narendra Modi and the policemen accused of the murder during that period? After all, this is not snooping, it is scrutiny.

Or, even more importantly, given the scams that have dogged this government, all Cabinet ministers should make public their call details during the time they have held their posts. Who would argue that ministers should not be subject to scrutiny, as long as it is not snooping, in the interests of the nation? Perhaps Salman Khurshid should take the initiative and make his call details over the term of the UPA-II Government public.

Unfortunately, none of this will materialise. In the name of national security, such metadata will only be used by agencies within the Government to enlarge their own roles while subject to little or no accountability on how they use it. Khurshid was defending PRISM not out of some regard for an ally, but because India is in the process of setting up a new Centralised Monitoring System (CMS) system that will outdo PRISM in its capacity to monitor data on its citizens. As The Hindu reports, ‘This means that government agencies can access in real time any mobile and fixed line phone conversation, SMS, fax, website visit, social media usage, Internet search and email, including partially written emails in draft folders, of “targeted numbers”.’

At the moment, there are no less than nine government agencies—the Intelligence Bureau, Research & Analysis Wing, Central Bureau of Investigation, Narcotics Control Bureau, Directorate of Revenue Intelligence, National Intelligence Agency, Central Board for Direct Taxes, Military Intelligence of Assam and J&K and the Union Home Ministry—that are allowed to monitor private communication. They would all have access to CMS data. To this list we need to add rogue operators within the establishment. After all, India’s previous Army chief was accused of tapping phones within the Government, and the National Technical Research Organisation has actually monitored the cellphones of Digvijaya Singh and Nitish Kumar at various points of time without the requisite sanctions.

As the CMS shows, the technology to intercept and monitor phone and internet communication as well as actually intrude into an email account is expanding rapidly, but the norms that govern such violations of privacy have not evolved in India. Weak to begin with, they are almost worthless today. In a country where a morphed picture of Sonia Gandhi on a website, or an uncharitable comment on any of our leaders even on Facebook, can lead to arrests, we are nearing a nightmare where even expressing such thoughts in private, saved perhaps only in your draft folder, seen by no one, could have you picked up. In any functional democracy, such powers appropriated by a government are not about scrutiny or snooping, they are criminal.