How the Other Half Lives

The act of history that gave us our independence in fact created two independent nations. A view from across the border. 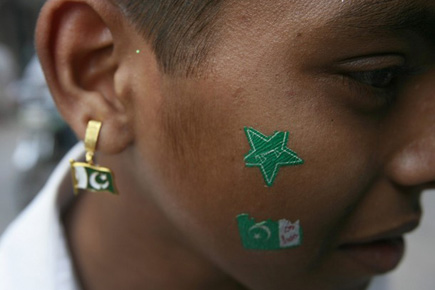 The act of history that gave us our independence in fact created two independent nations. A view from across the border.


The act of history that gave us our independence in fact created two independent nations. A view from across the border.

Let me make this perfectly clear; I’ve never celebrated Pakistan’s Independence Day. This is largely because everyone I know who had anything to do with ousting the British has since bought a Georgian terraced maisonette in South Kensington and sent their favourite son to Eton. It has nothing to do with Pakistan being, shall we say, not on its best form this last year. Not that it’s half as bad as you’d think. I appreciate that one rather gives the impression of a country made up entirely of violent religious extremists, a few Booker nominees and a flotilla of BBC reporters in flak jackets. It’s all far more humdrum, far more mundane than that. In fact, tedium is one of the biggest problems that the newspapers never get to (too boring, I suspect). In terms of cultural stimuli, there was something of a rush to divest oneself of all those traits that might be perceived as Indian (geographically improbable though it may seem to the casual observer, various leaders have been under the impression that Pakistan is culturally affiliated to Saudi Arabia). This has, over the years, led to a series of rather arbitrary pick ’n’ mix judgement calls, which means that now we’ve largely lost, say, the art of Kathak as part of the average school curriculum yet routinely suffer the horror that is Boogie Woogie Mania on cable television.

Fun, unless you’re terribly well off and can have it privately, is largely frowned upon, more so legislated against. I’m not entirely sure how or why this happened, but I will go with the theory that eighties dictator Zia ul-Haq liked to go to bed early and didn’t want to feel like he was missing out on a good time. Still, try as you might, people will find a way to entertain themselves. I’ll wager that painted, topless women aside, large political rallies are Pakistan’s version of Mardi Gras. They feature vibrant throngs of young lads and quite often music and dancing. True, there might be the occasional burst of teargas or a baton charge to put a damper on things, but largely it’s a party with a purpose, like a charity ball (which, by the way, is what the elite do for fun, I’d sooner opt for the teargas).

For those who are not especially politically inclined, there is the enormous, rambunctious Carnaval that is Independence Day. Cars, streets and houses sprout dark green flags. Fairy lights that belie the national power crisis hang in ropes off monuments and shopping plazas. Young men (always men, mind you), high-spirited gaggles, swathes and hordes of them, pile into cars and onto motorbikes and careen down main thoroughfares. It’s a much-needed release. The soundtrack is bursts of acceleration, cheering, hooting, honking and the modern anthems ‘Dil Dil Pakistan’ and Junoon’s ‘Jazba’. Bikers try their hand at wheelies, death-defying balancing acts, complicated synchronised manoeuvres and, given the opportunity, that delightful activity euphemistically known in the subcontinent as ‘eve-teasing’. It is a giant oil spill of testosterone. Since this is about celebrating independence, it’s perfectly fitting that women are largely absent from these festivities (don’t feel too bad, weddings, after all, are all about Eve).

Others conspicuous by their absence are us—the chattering classes, liberals of either sex, those people who attend charity balls in skirts and boob tubes, who import Thai orchids for dinner parties and/or wear block-printed khaddar and endlessly forward each other Arundhati Roy articles (now accepted as the South Asian shorthand for being ‘right on’). Customarily we’re found on Facebook posts and in newspaper editorials, pontificating on the vast distance between the current reality and Mr Jinnah’s vision. For me, Independence Day usually means hawkers trying to sell me flags and pins, and the rush to get home early to avoid traffic jams. It means feeding the dog half a sedative to get him through the firecrackers. We aren’t found on the streets because the streets don’t belong to us. Having long enjoyed the advantages of social inequality, it serves us right that we should find ourselves outsiders, hidden in our homes, ready to fight for the common man in theory but in fact unwilling to touch him with a bargepole. Pakistan now has no choice but to change and for the better. I’ve never before felt the need to celebrate the place, not until the rest of the world erroneously decided that it was checking out. It isn’t. In the words of poet Lucille Clifton: “Come celebrate/with me that everyday/something has tried to kill me/and has failed.”