How Not to Look at the Past

And not rename roads that don’t need to be renamed 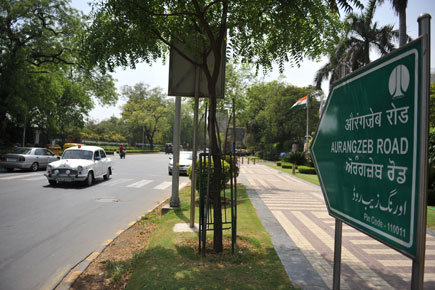 Those who try to understand the human past—historians, archaeologists and anthropologists—will tell you that a fundamental tenet of such study is that we don’t evaluate a different era with the values of today. It is something to remember when Hindus start wincing in pain at the mention of Aurangzeb. Removing his name from a road does not alter history—it makes it neither better nor worse.

In his four-volume biography on Aurangzeb, Jadunath Sarkar talks about the time when the young prince was sent as the viceroy of a Deccan that had been ravaged by war, expressly tasked with improving the plight of peasants. He instituted land reforms, one of which was to remove an absurd tax that they paid according to the number of ploughs they had. To only remember the tax on non- Muslims, jaziya (which, incidentally, was exempt for old people, women and men who could not work), and forget the taxes he got rid of is to see only what we want to see in him. And that is only a mirror to ourselves.

There is a Shah Jahan Road in Delhi and he wasn’t such a secular man either. In 1634, he banned marriages between Hindus and Muslims in a district in Kashmir and ordered all such unions annulled unless the spouse converted to Islam. But, between him and Aurangzeb, it is a safe bet to predict whose name will be axed everytime a road has to be renamed. Aurangzeb, alas, didn’t get reinvented as a romantic because he didn’t build a Taj Mahal, which was a phenomenal and pointless deployment of public money.

Aurangzeb is accused of fratricide and seen as exemplifying how Mughal emperors had no love for family. How many brothers did Ashoka kill? Ninety-nine, according to one myth, and even if the number is not true, he killed many. We admire Ashoka for his change of heart after the Kalinga war, but the 13th edict which speaks of his remorse is not there in the inscriptions in Odisha, where Kalinga was located. Much of history is reasoned guesswork and one theory is that the edict, with its gory details of slaughter, was a sly warning to the other regions where he did put it up: ‘I am a compassionate man, but go against me and this is what is possible’. In the edict itself just after his remorse, he threatens Atavikas—forest tribes—that if they don’t behave he knows how to deal with them. Is it remorse or brand-building when borders have been settled and all enemies defeated or killed? But judge not Ashoka either because he belonged to an age when kings called themselves ‘Beloved of the Gods’. If Narendra Modi were to call himself that, would we not think him a step short of megalomania? We pick and choose what values we want to thrust on the past and that is why Aurangzeb is short of a road now.

Lord Dalhousie swallowed princely kingdoms, so perhaps the hillstation must be renamed. Call that Kalam too. Call everything Kalam as you call all main arterial roads MG Roads. It doesn’t help the traffic and it makes no difference whatsoever to Mahatma Gandhi when drivers honk and curse the road.